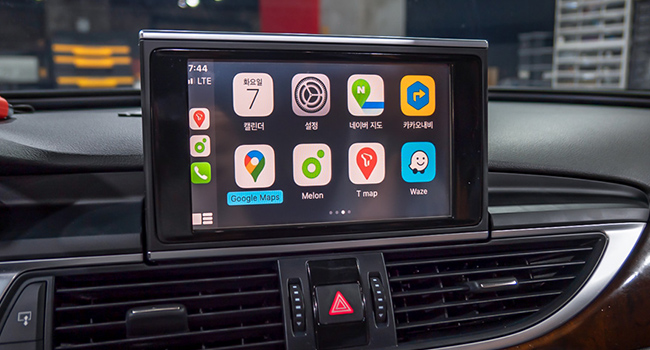 Posted at 16:54h in AUDI by INDIWORK 0 Comments
0 Likes
Share 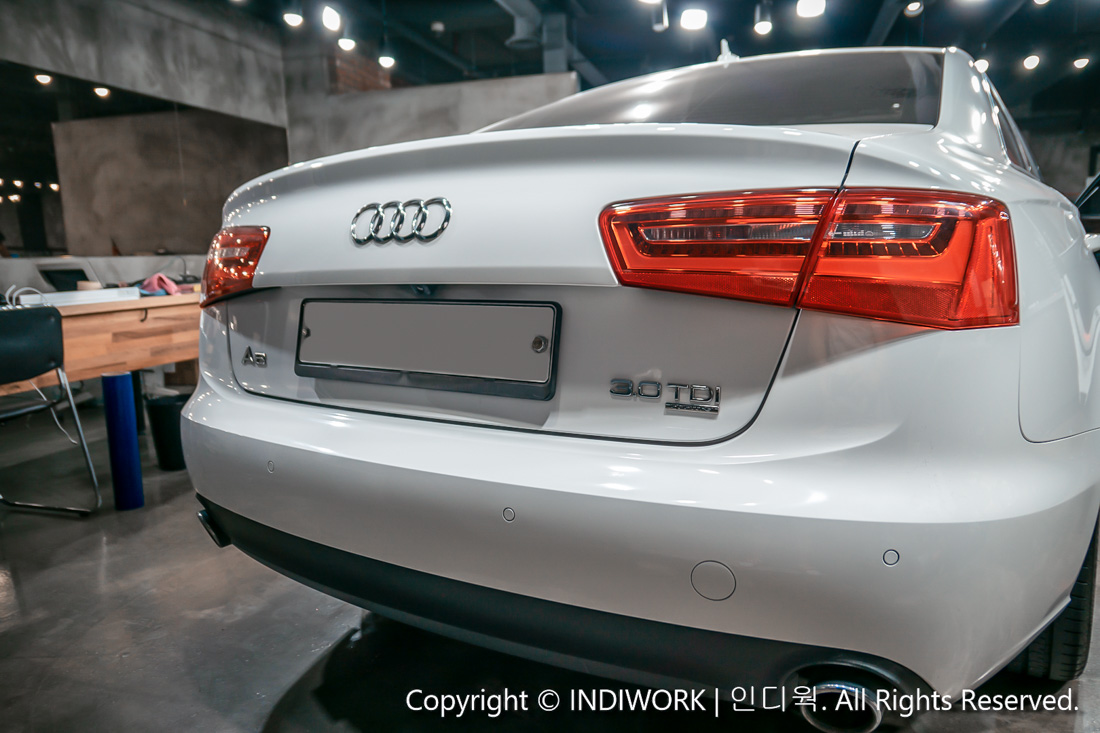 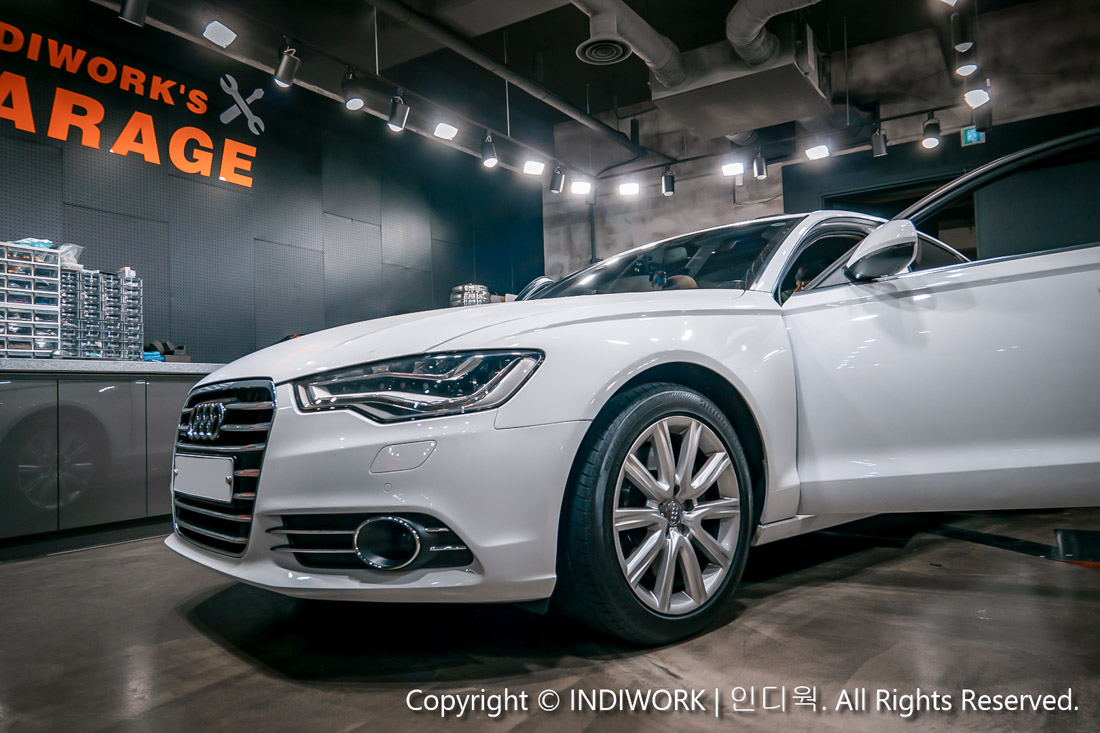 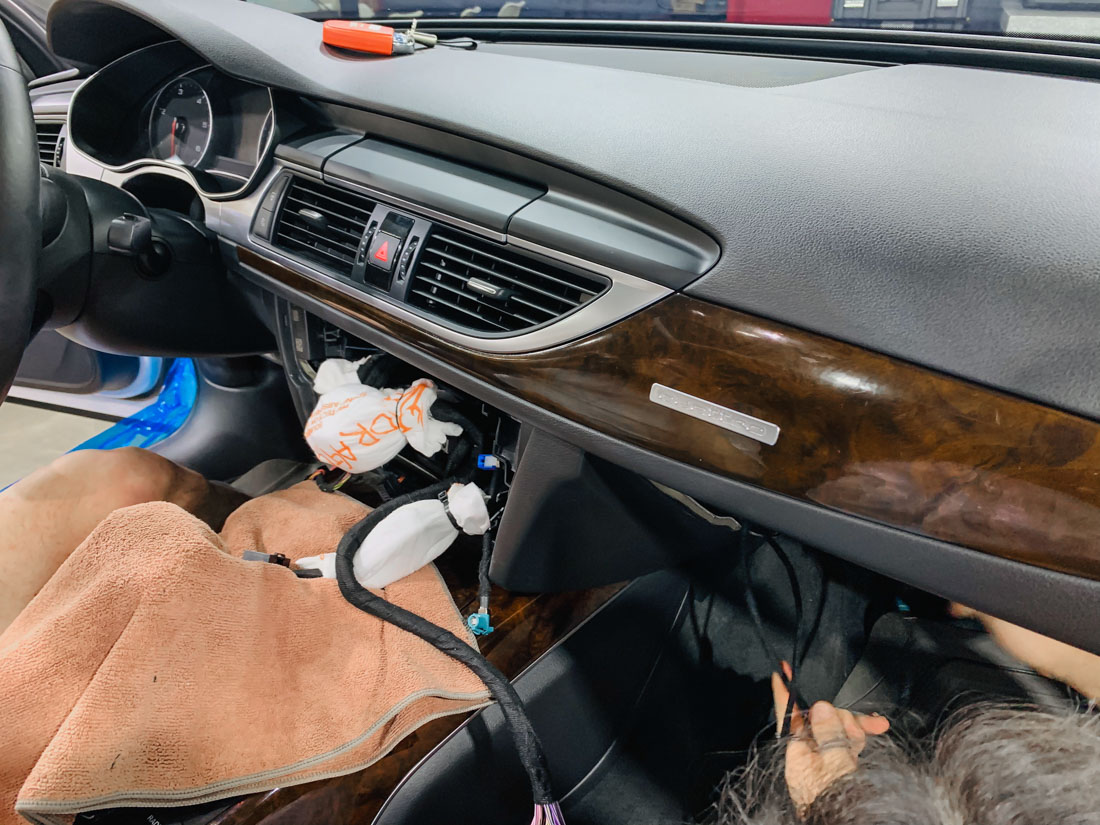 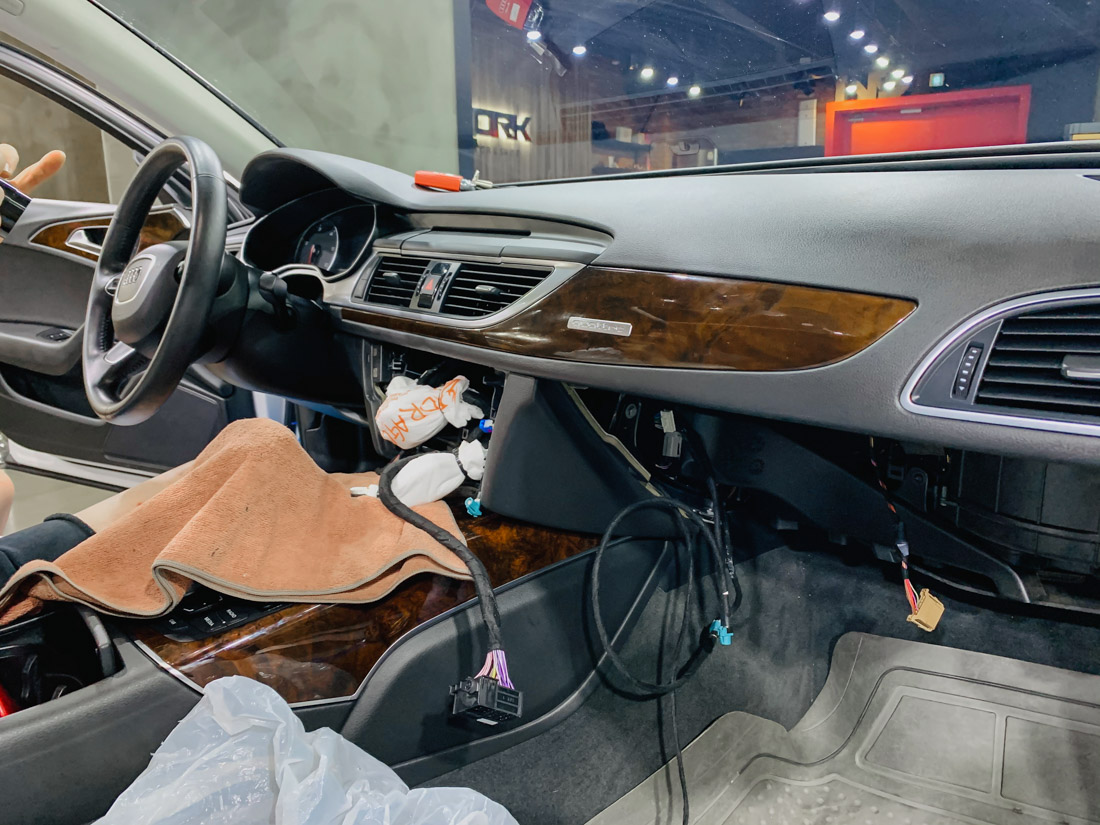 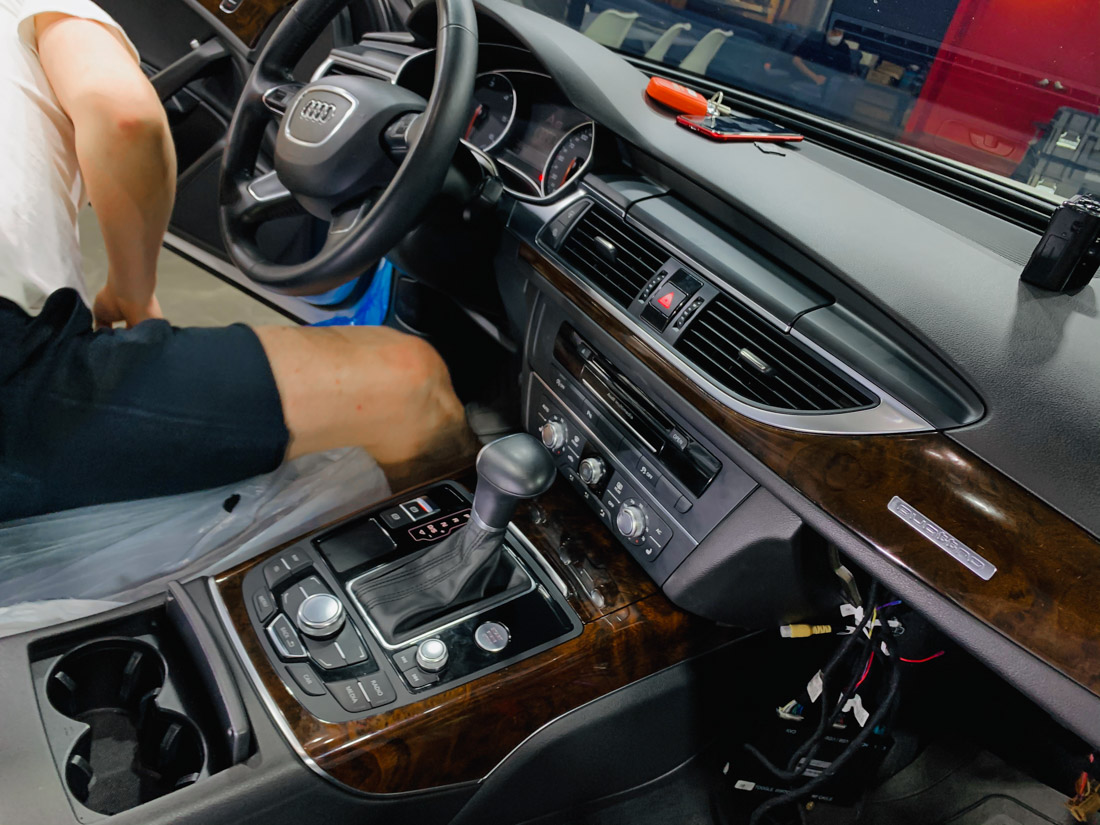 To install the carplay interface in the Audi A6, the head unit of the center console and glove box must be removed first.
The main quadlock harness and LVDS cables provided in the package are connected behind the head unit.
The original microphone and speakers are connected via the main cable, and all components are plug and play.
And, the AUX creation method is slightly different depending on the Audi models. In the case of the Audi A6 3G MMI, the original ‘external audio input’ is activated via VCDS to output the carplay’s sound to the original speakers. 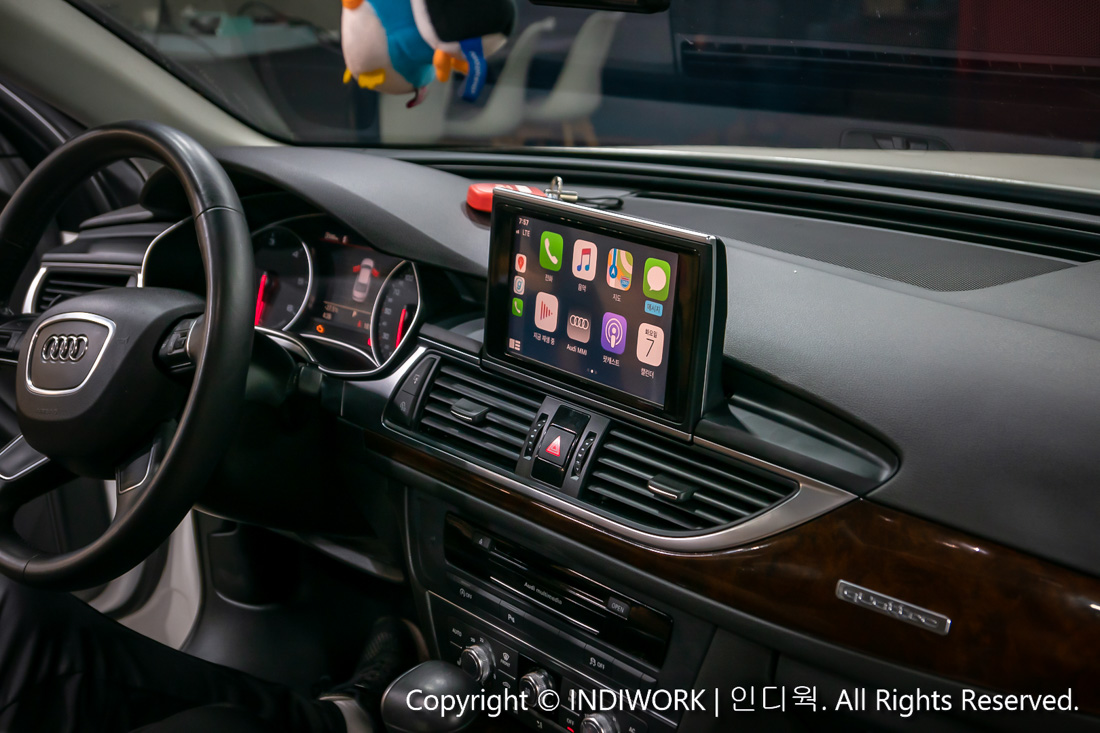 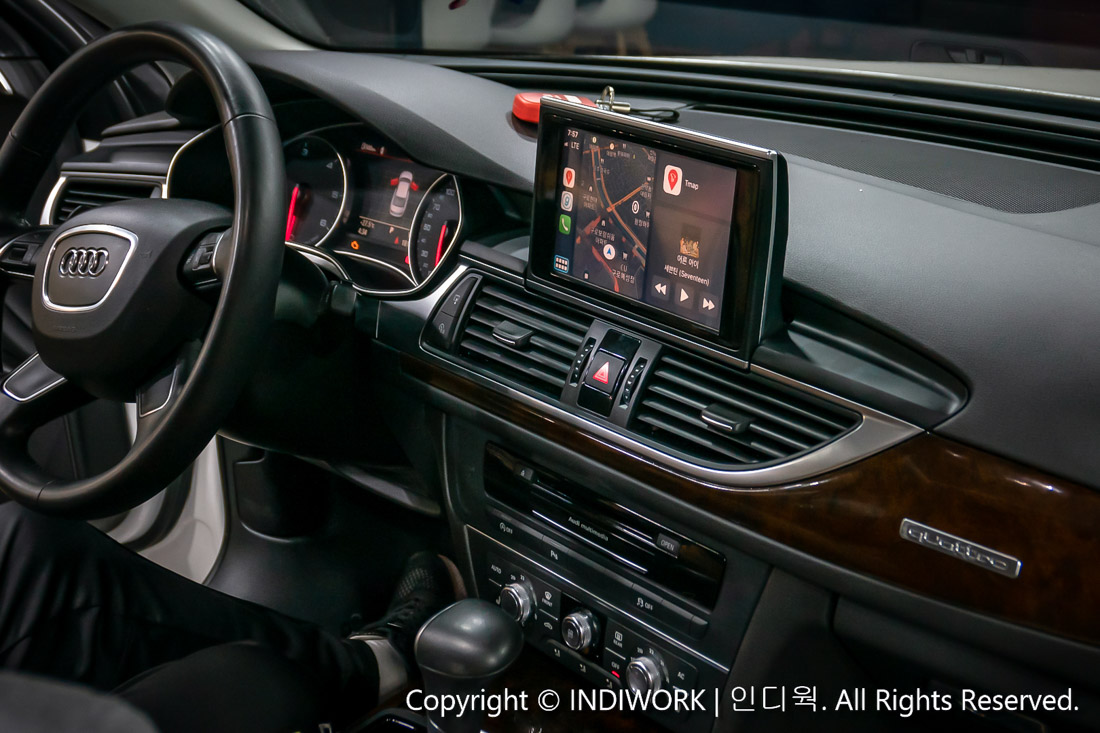 After install the interface and components, first test that the carplay system is working properly before reassembling the car parts.
Whether the phone is recognized well when connecting an iPhone, Carplay control via original MMI controller, The original speakers sound out, microphone recognized, Whether it collides with the original system, and etc… 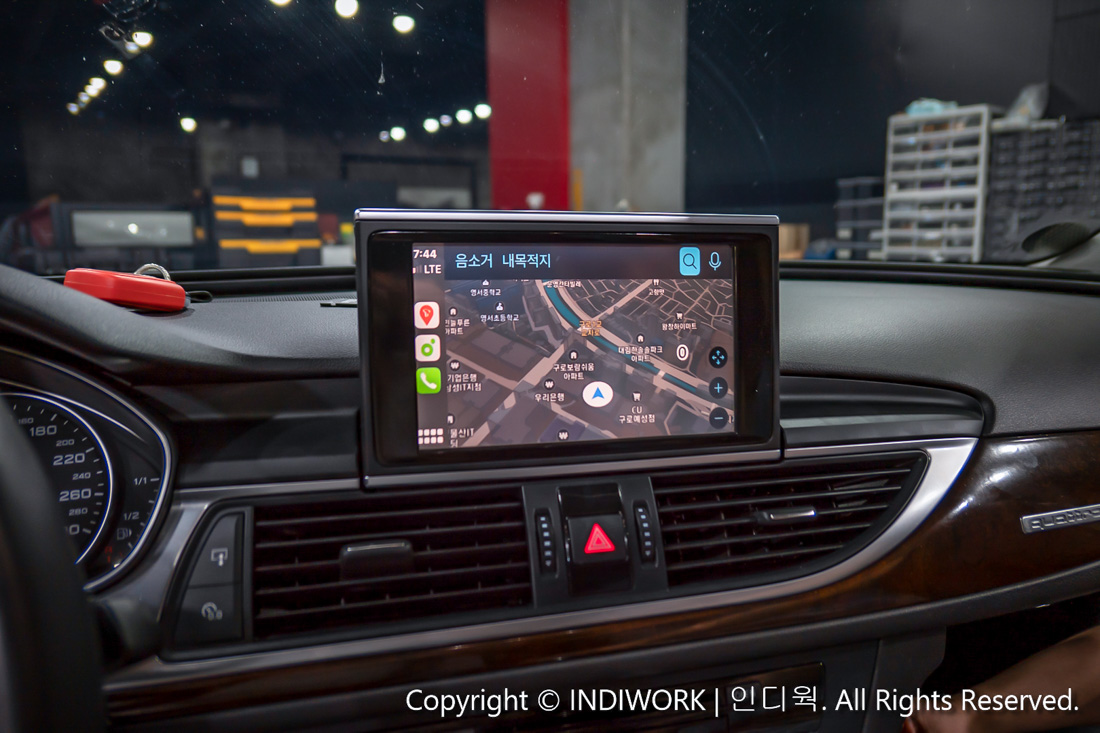 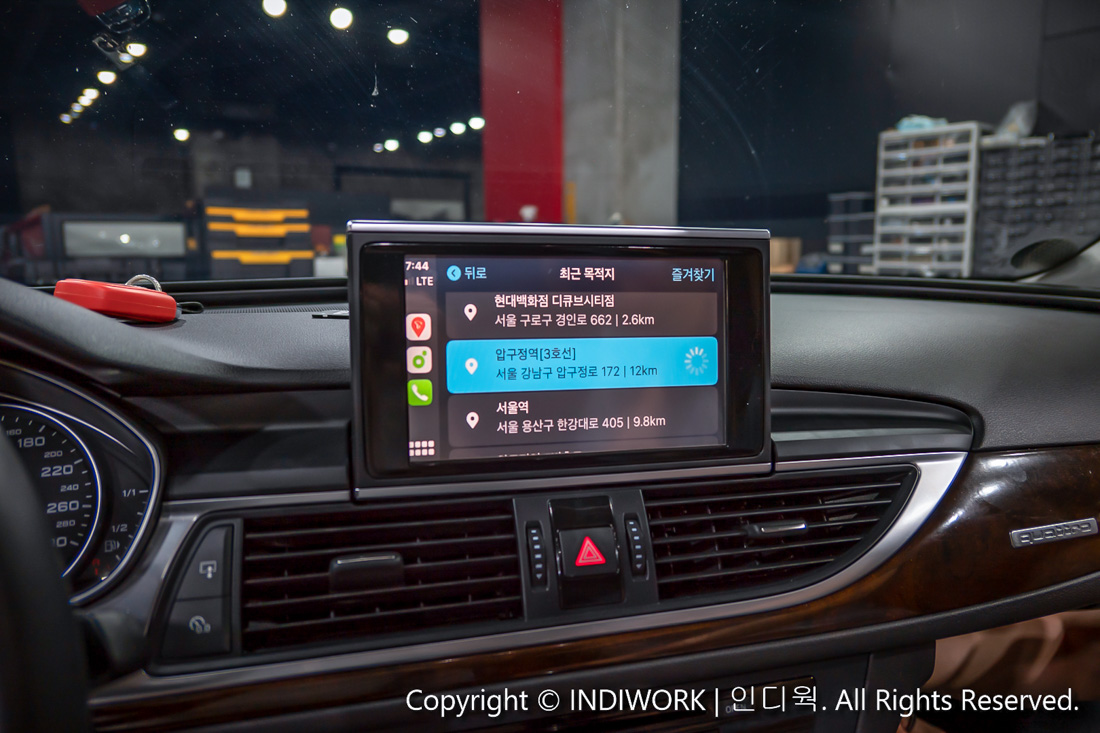 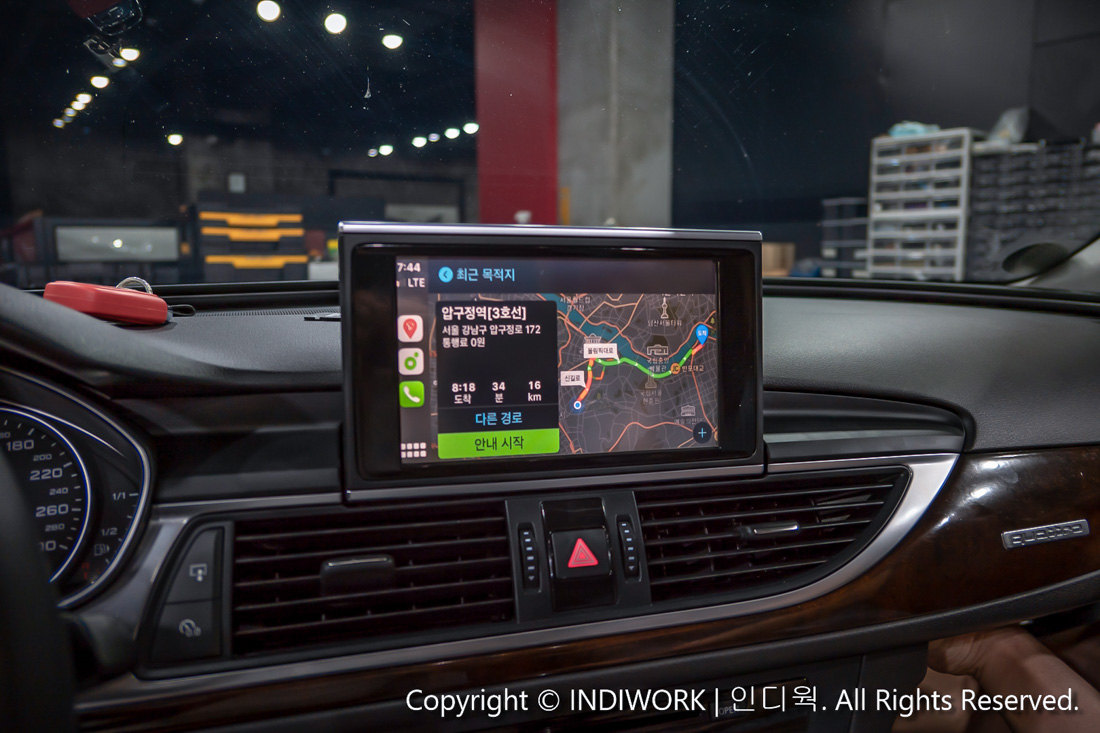 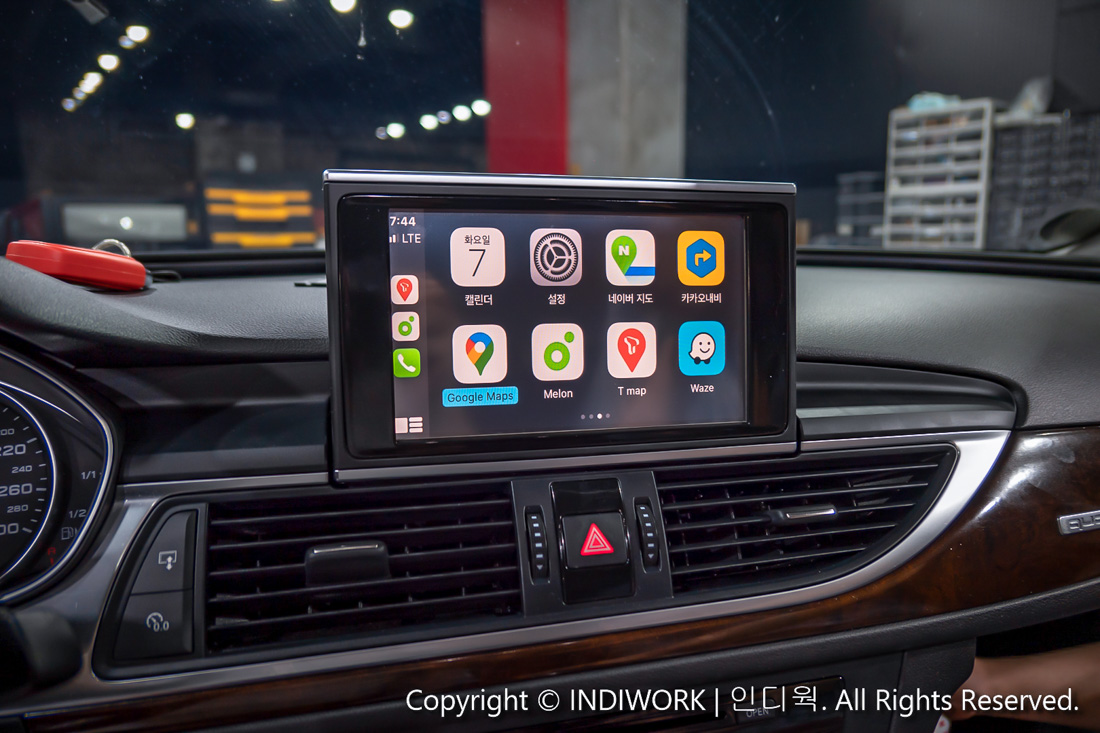 If everything is good, reassemble all the parts.
By install the carplay interface, you can use various apps other than videos.