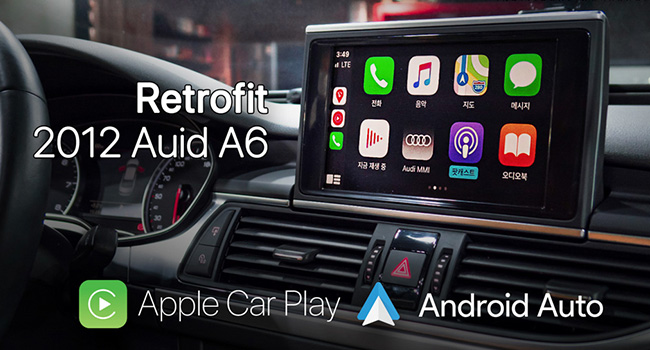 Posted at 16:46h in AUDI by INDIWORK 0 Comments
0 Likes
Share 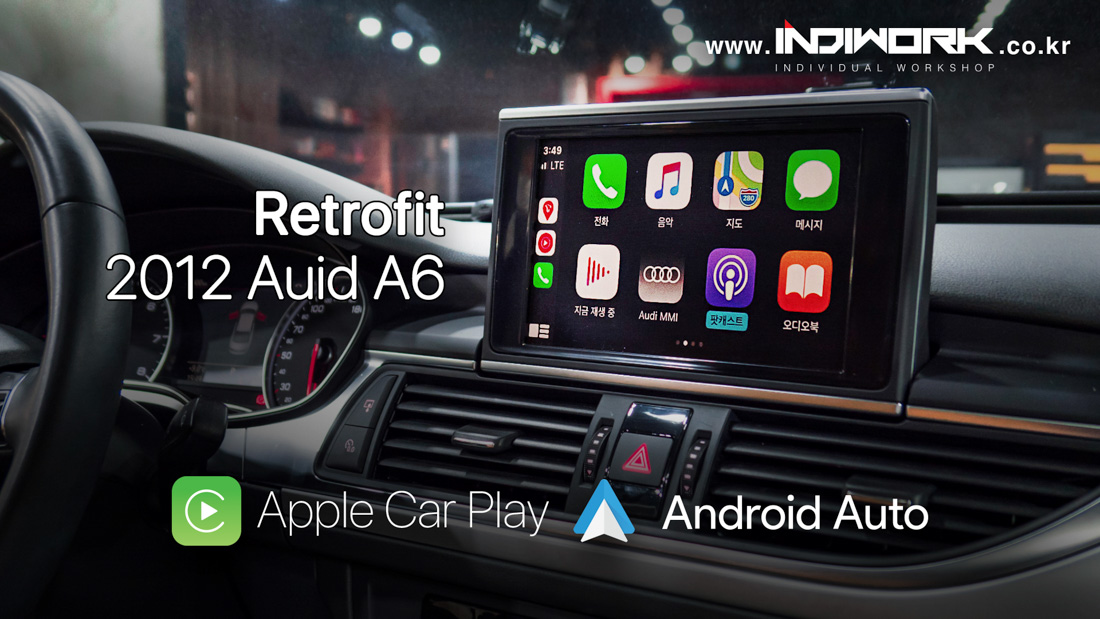 The carplay is getting a lot of attention compared to other infotainment systems because of its reasonable price, high-resolution output, and use of various apps. Video-related apps cannot be used, but the advantage of being able to use map apps and music apps is a great advantage. 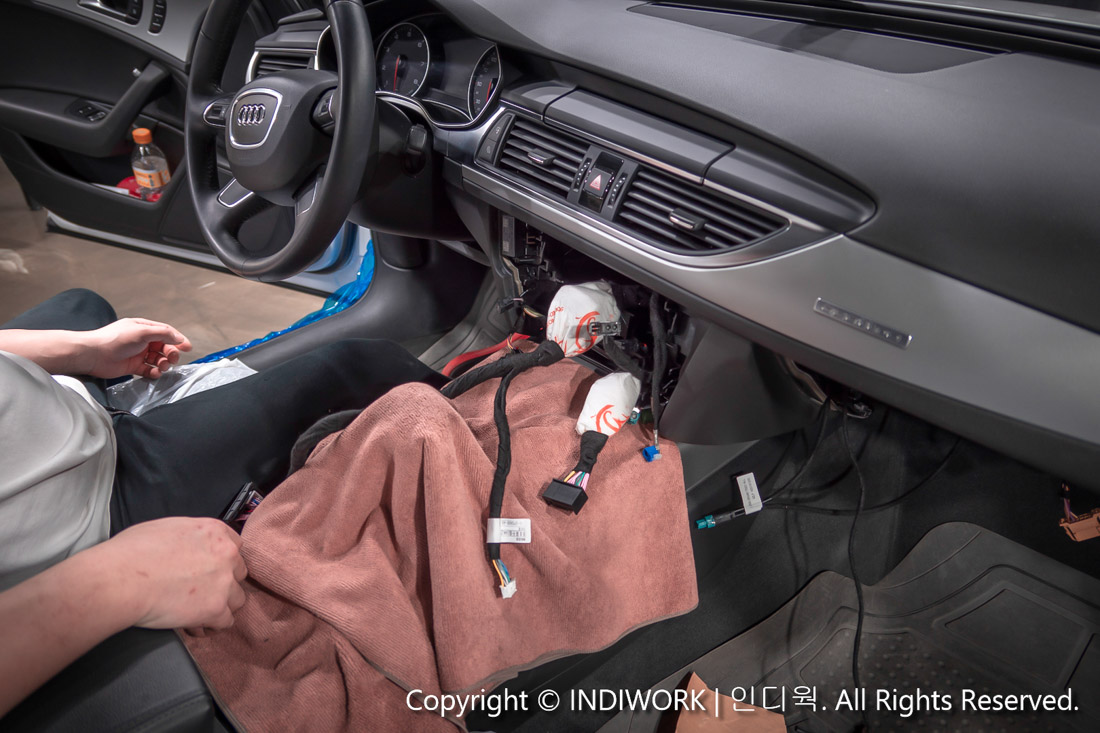 To install the carplay interface, the head unit and the glove box are removed.
The interface is installed without damage to the original wirings because of the it connect to OEM type quad-lock connector by ‘plug and play’. And there is no need to install a separate external microphone or speakers. 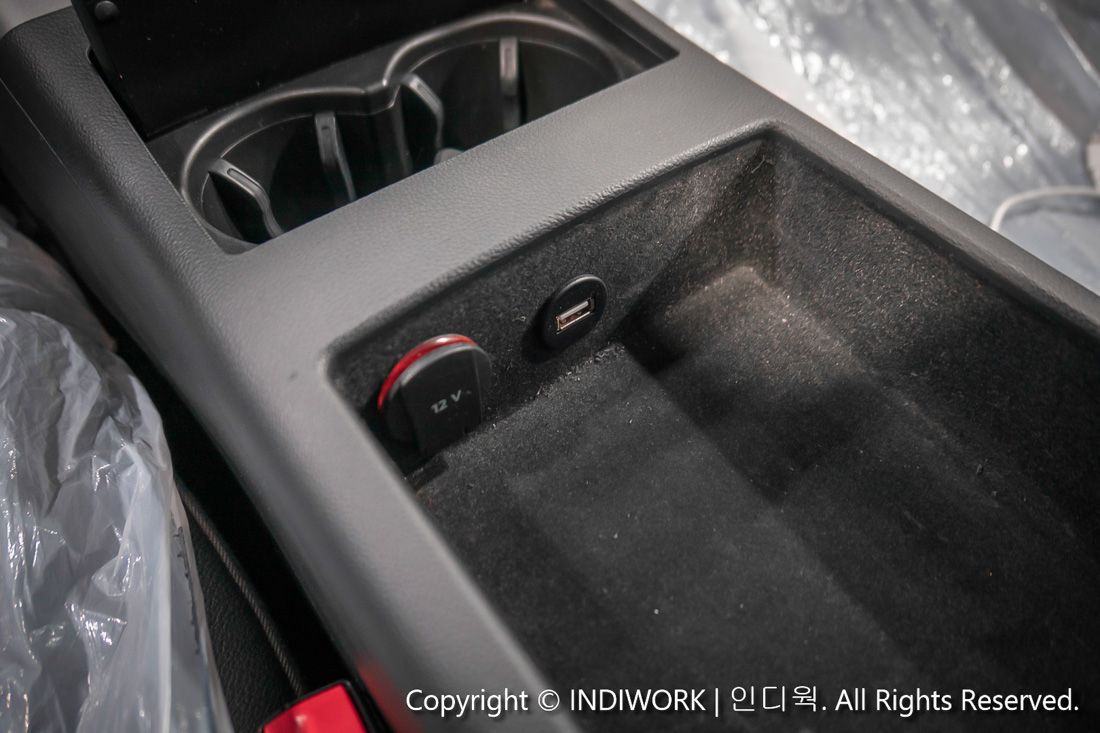 I built a new USB slot inside the Armrest console box. You can use the carplay system by connecting the iPhone Lightning cable to the this USB slot. 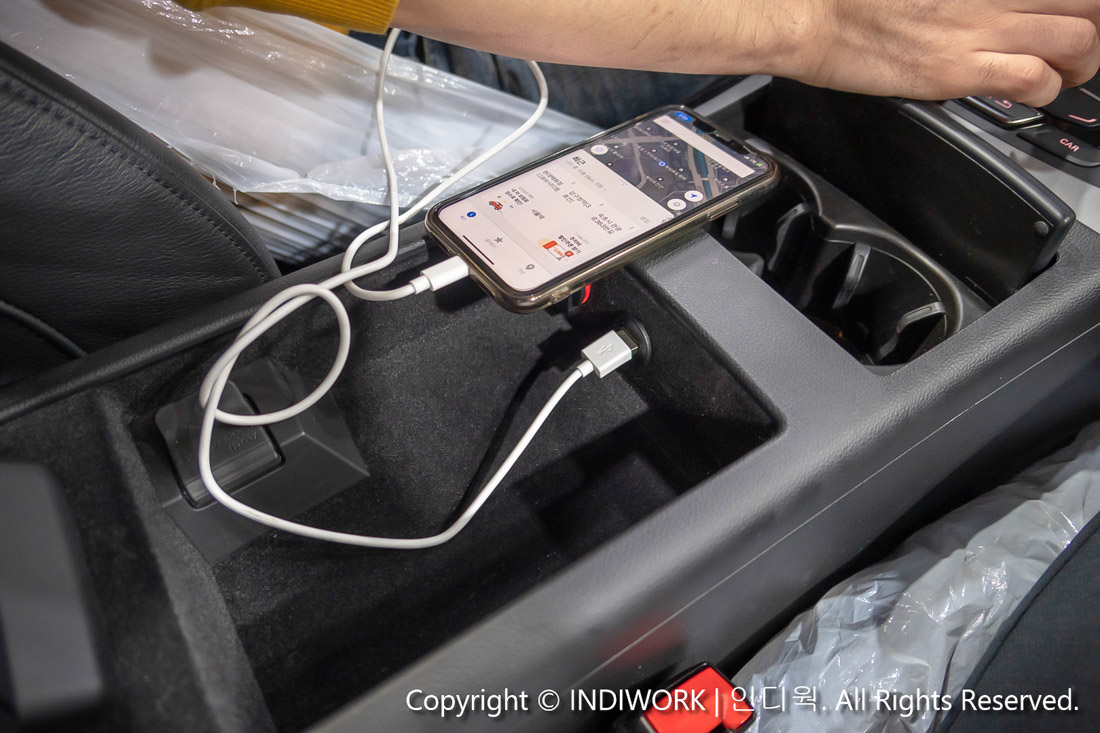 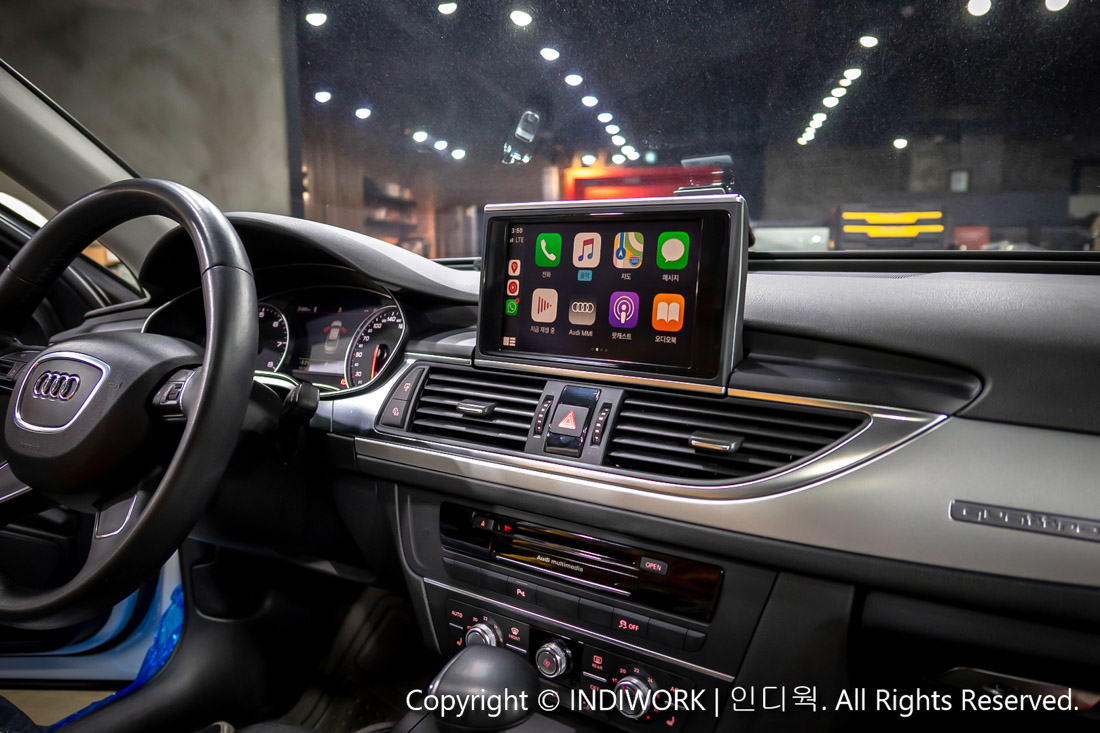 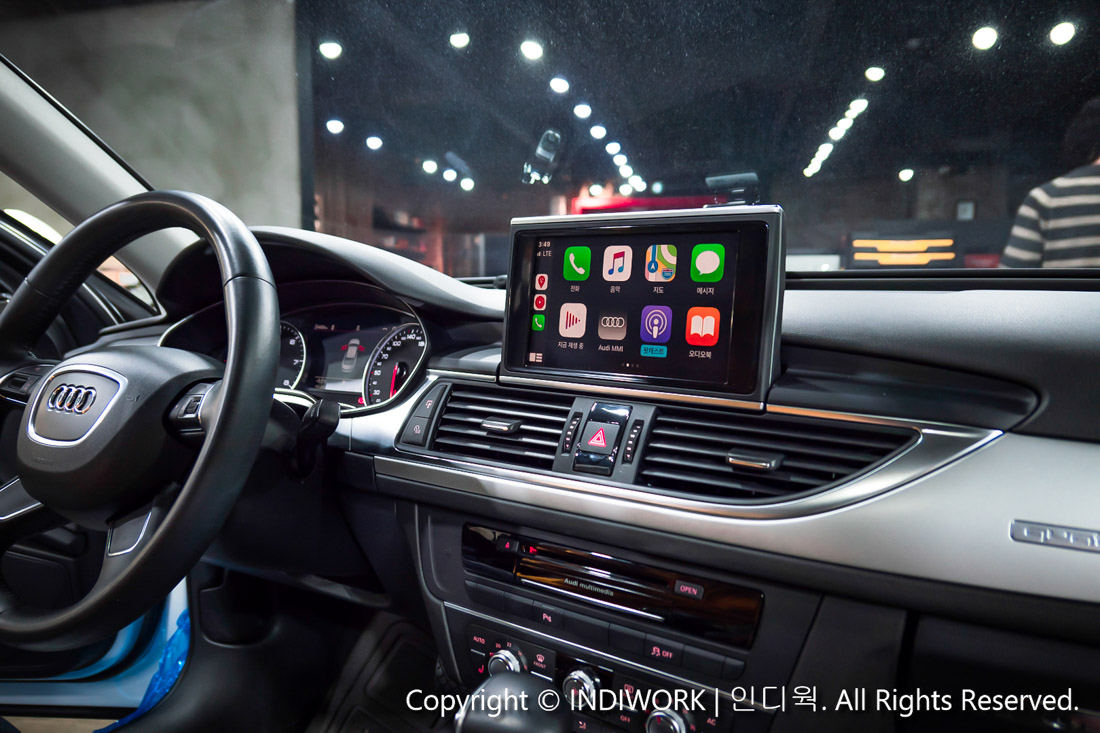 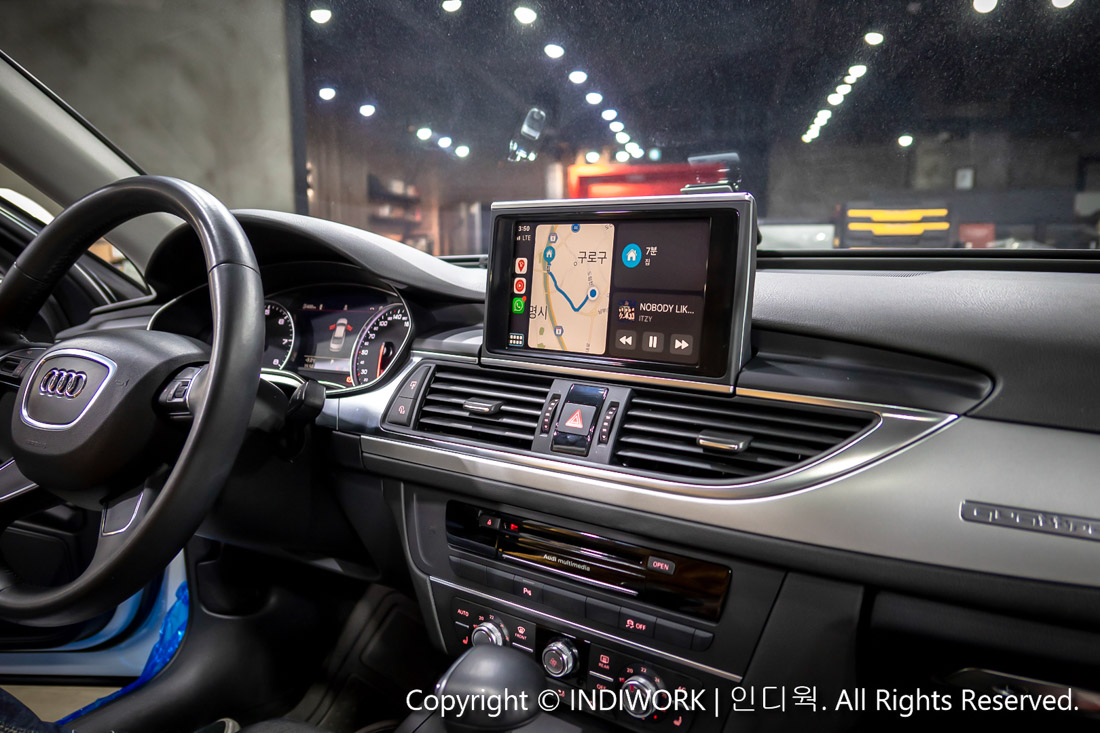 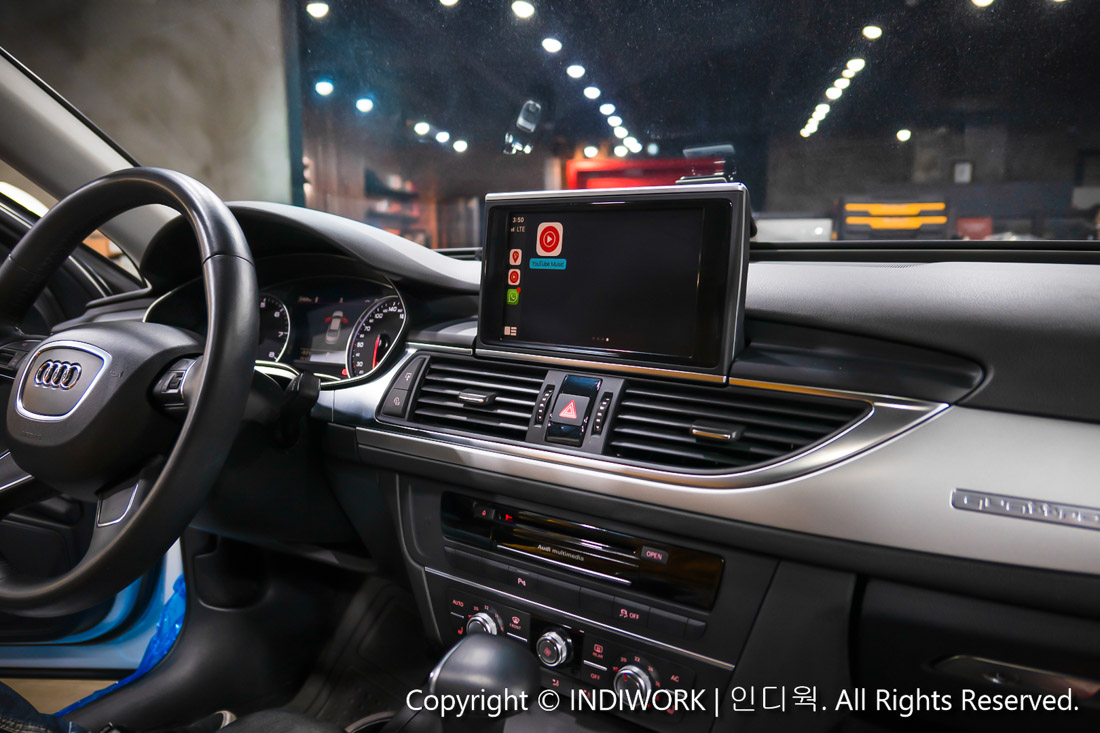 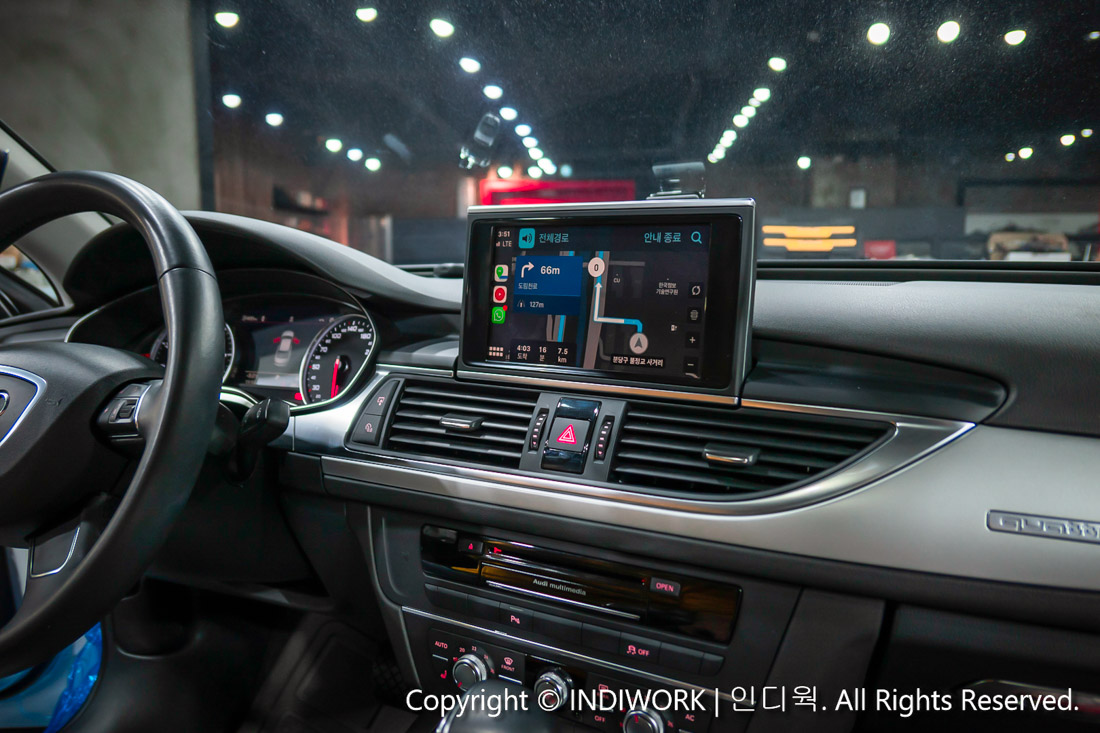 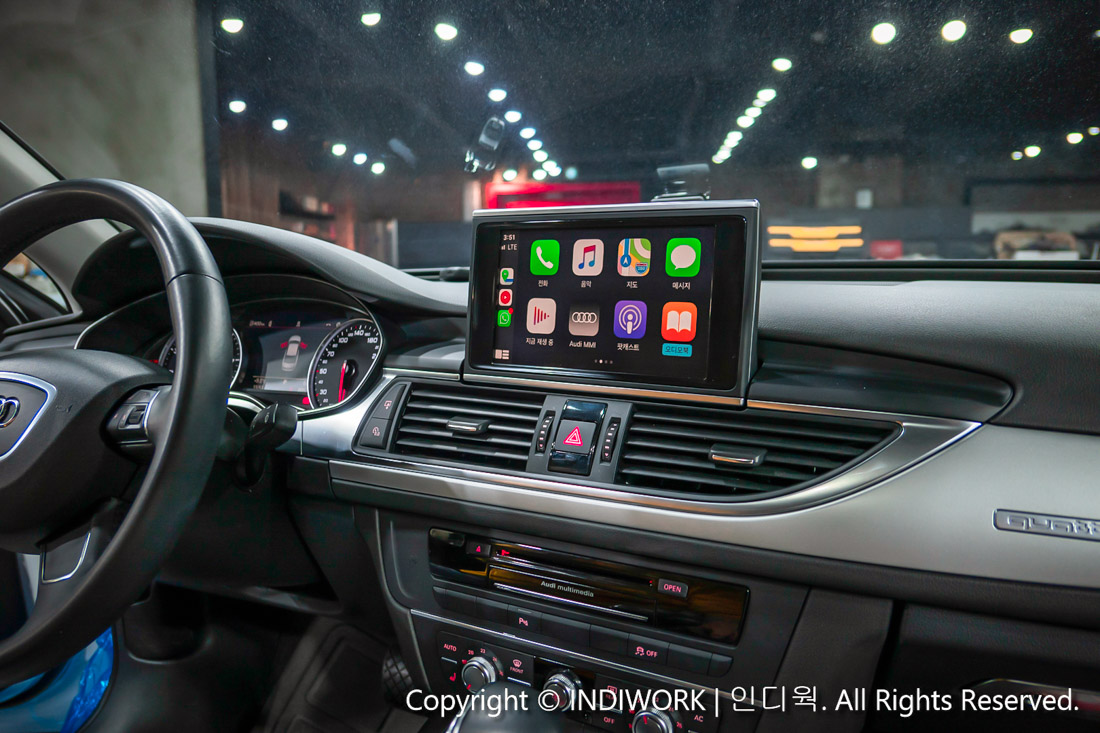 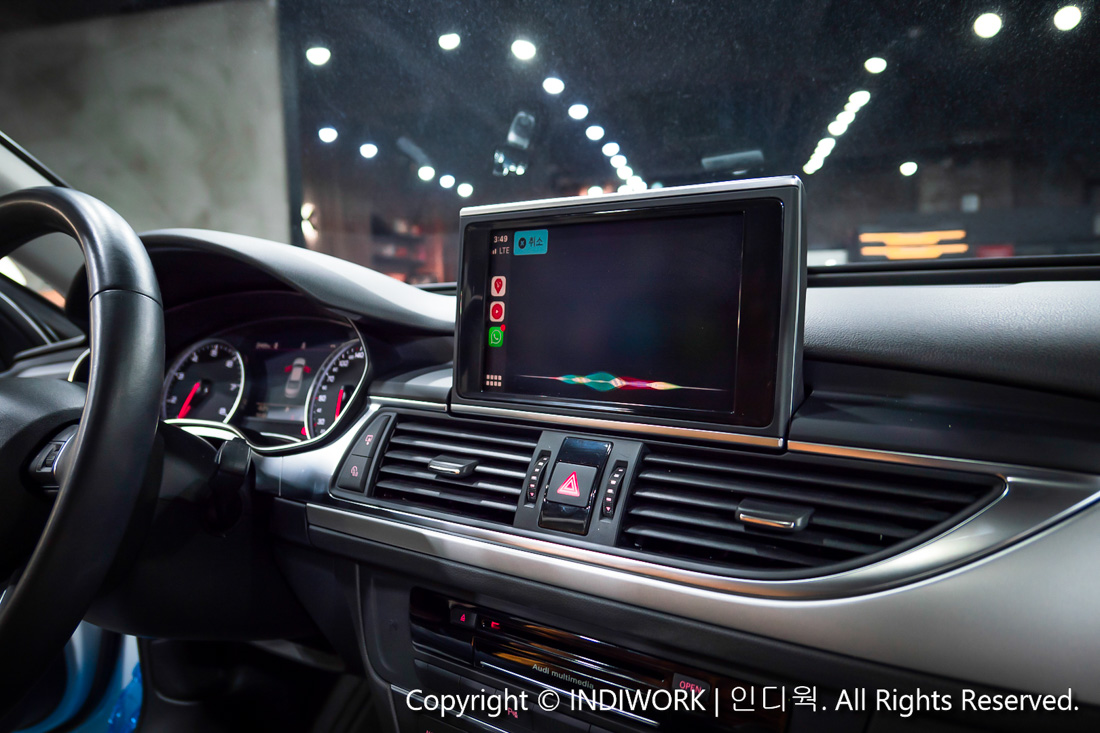 Full digital resolution output like a OEM monitor!
This is a carplay system built in addition to the original Audi A6 3G MMI system. Useful apps such as Apple Podcast, map apps, YouTube music, phone function, SIRI, etc are supported in the car through carplay.