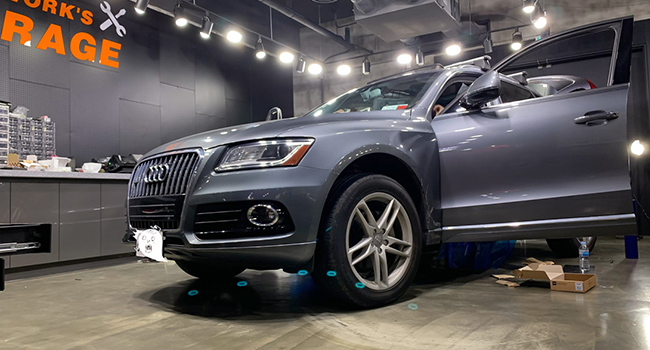 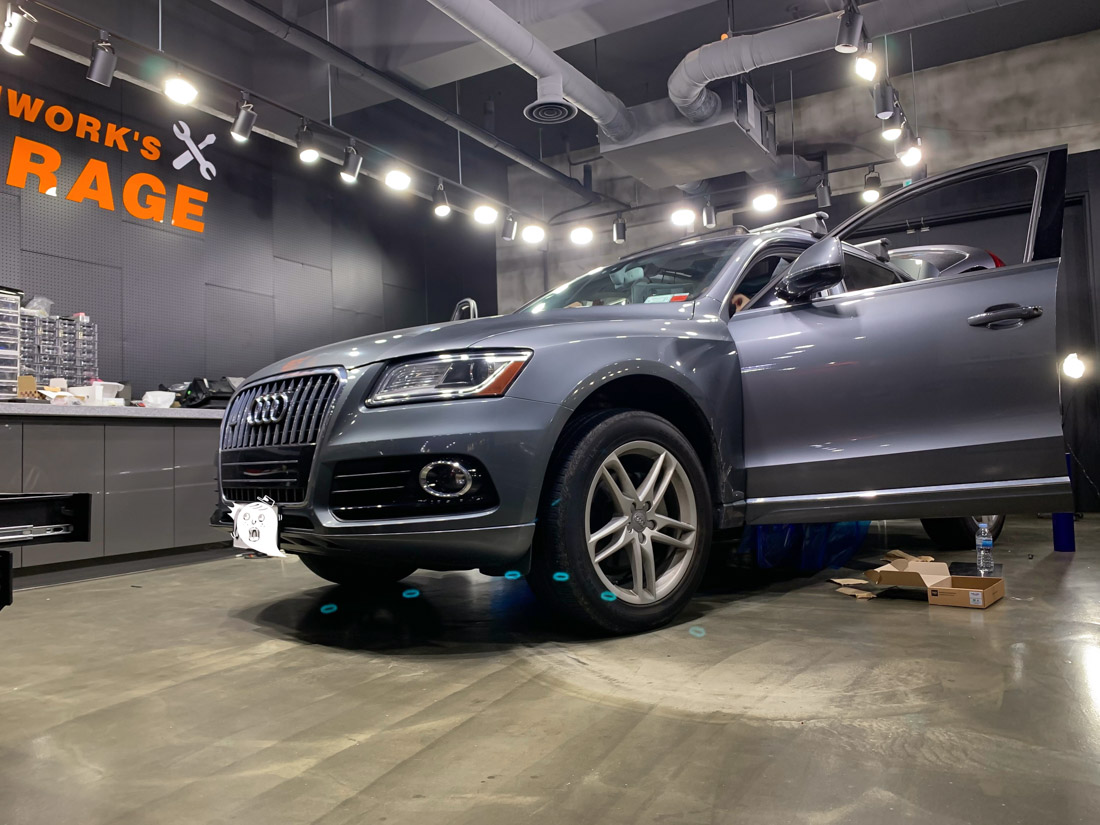 For connect the carplay, the control unit must be disassembled and connected to the knob PCB because it is necessary to control with a knob located in the center console based on low-end. 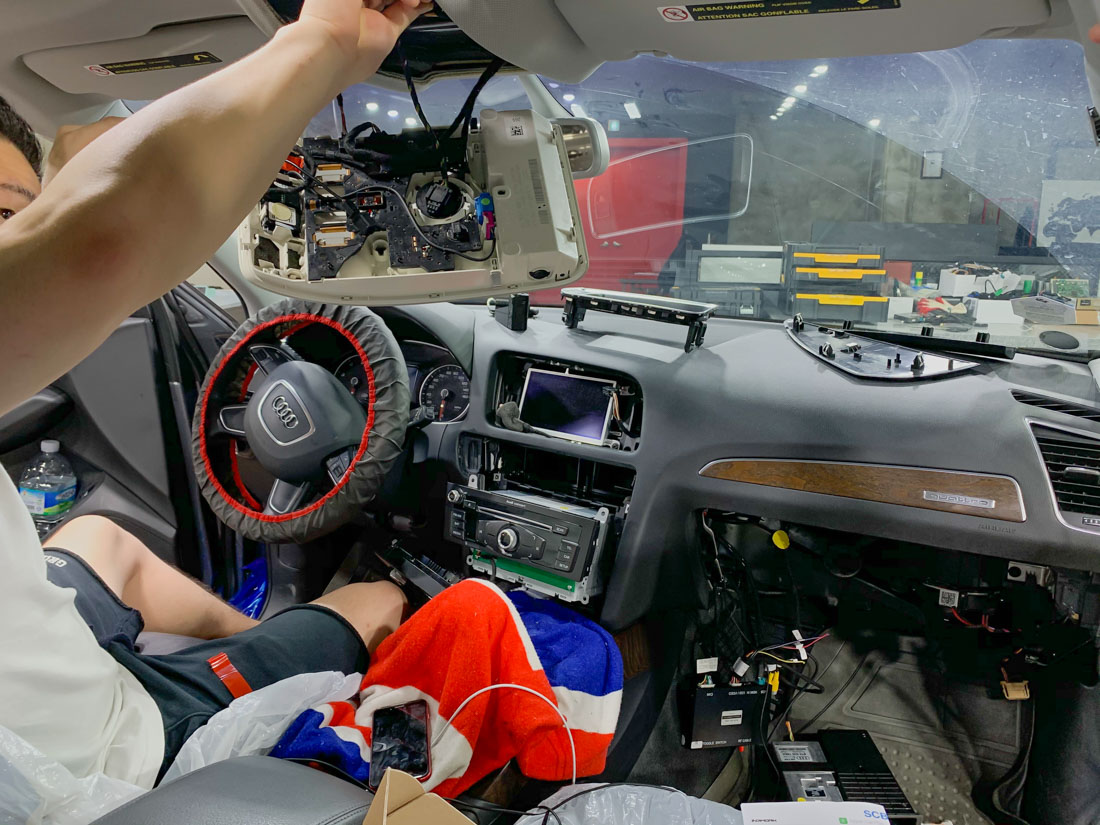 An external microphone is installed separately. Head unit and glove box parts are removed for interface installation. And an additional AMI cable is used for AUX activation. 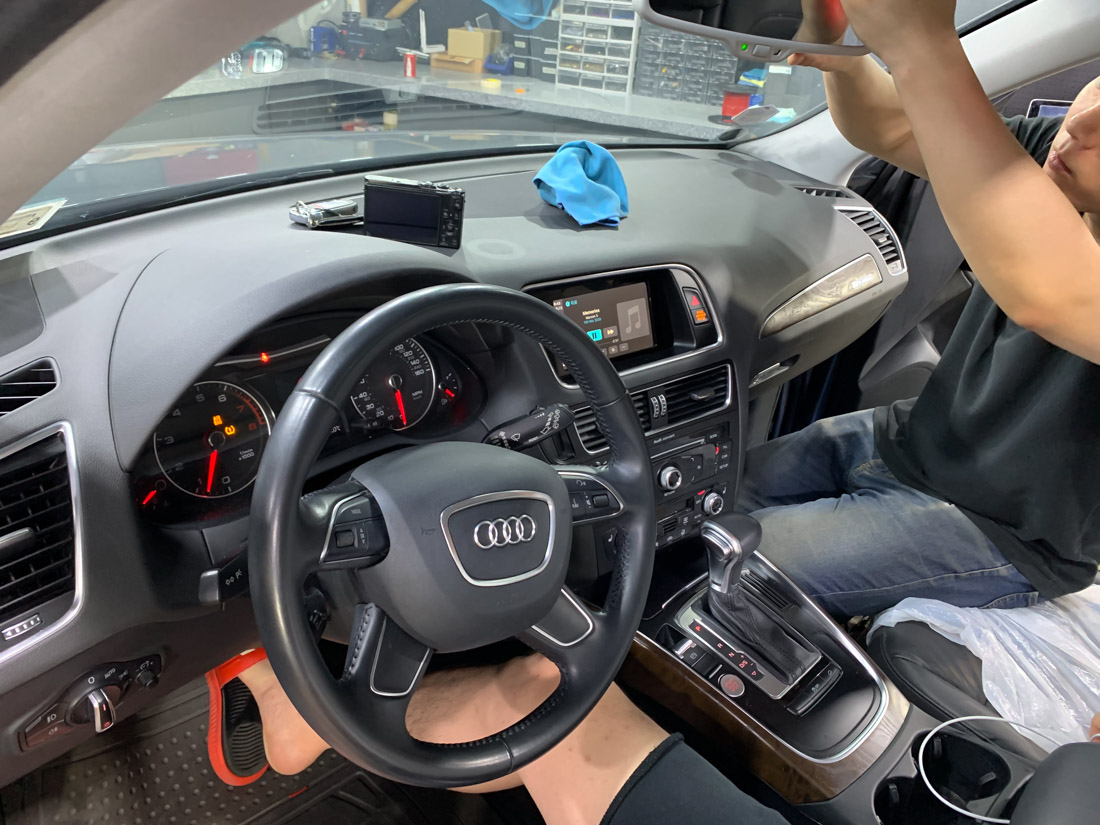 If the install the carplay interface for AUDI with non-MMI, the correct sequence of the installation process must be observed. 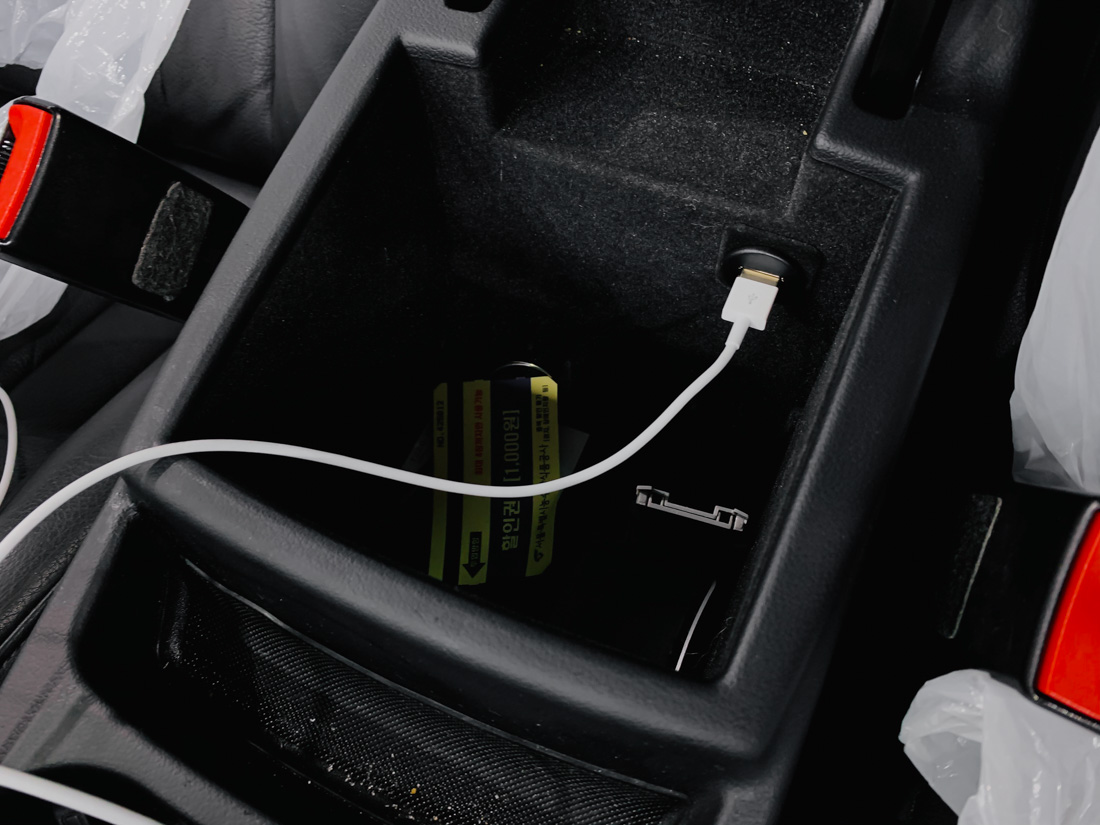 We have created an additional USB slot to connect the phone in the armrest console.. 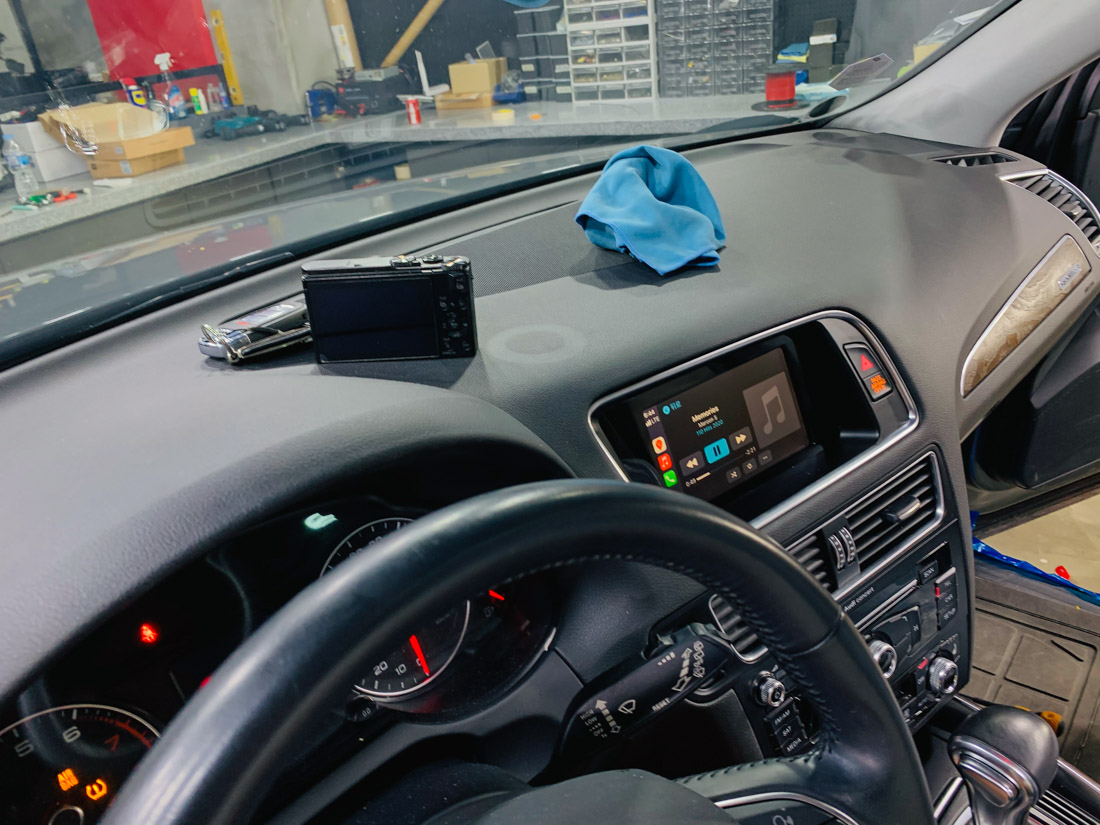 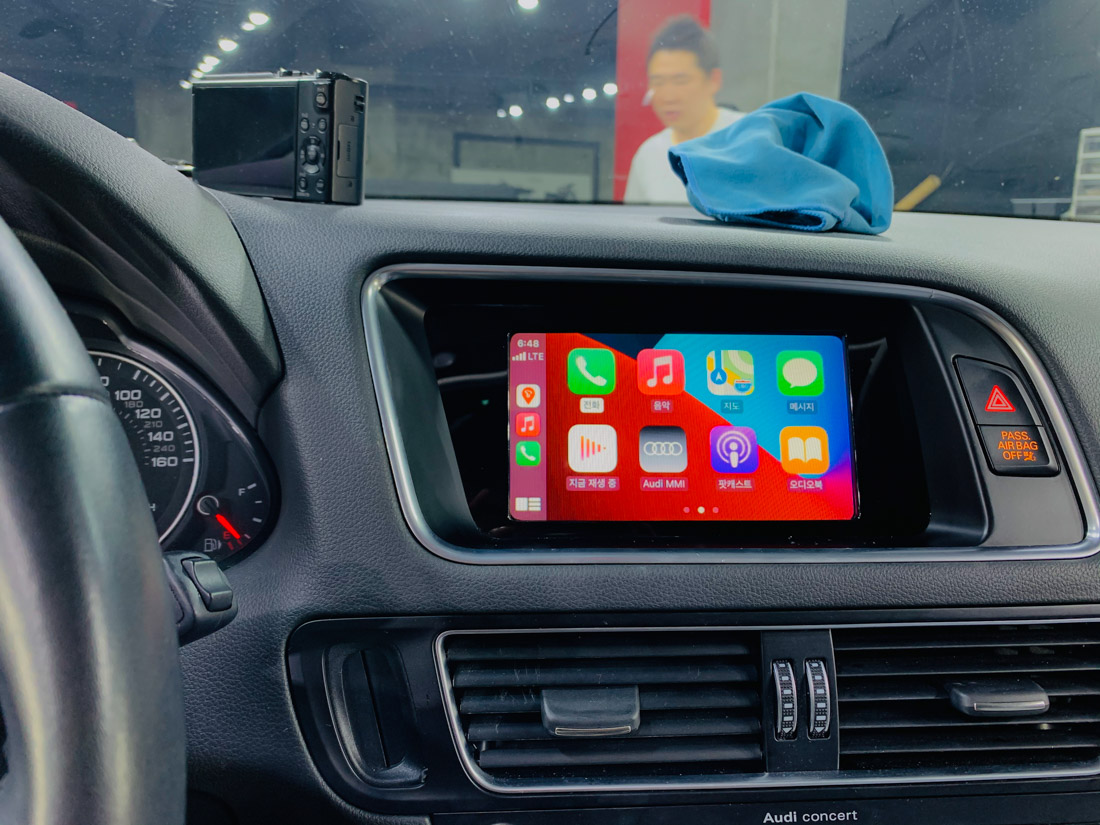 The original monitor of this car has a low resolution of 400*240. Therefore, the carplay system is also output with 400*240. 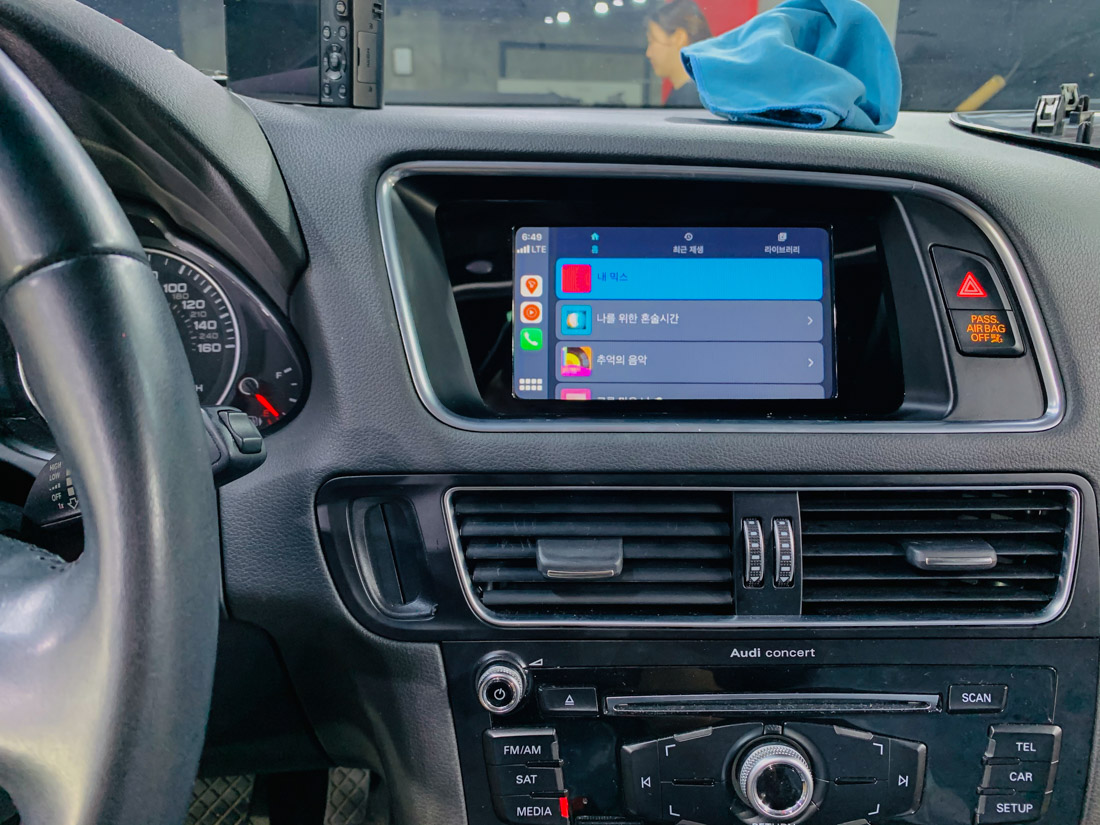 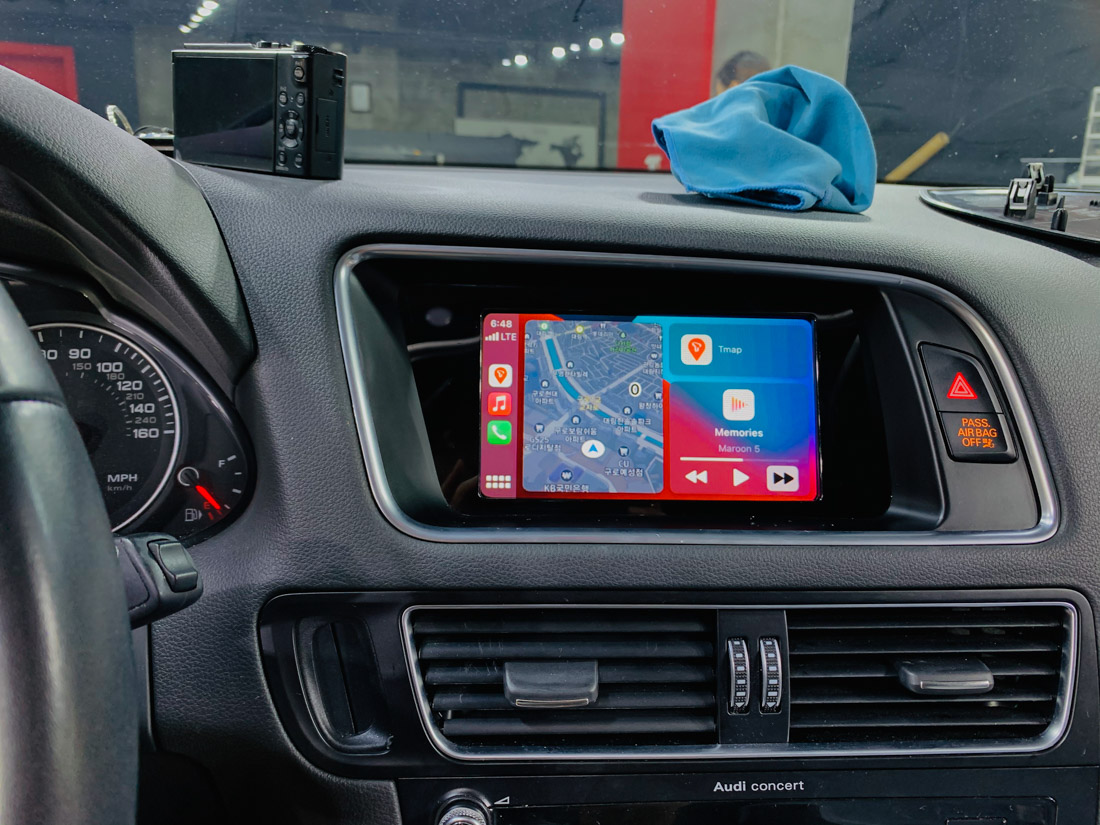 User can use all the apps and functions supported by the CarPlay platform. Voice recognition through ‘SIRI’ and hands-free also.