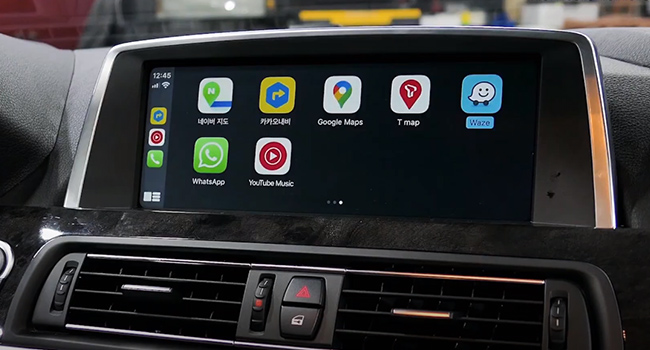 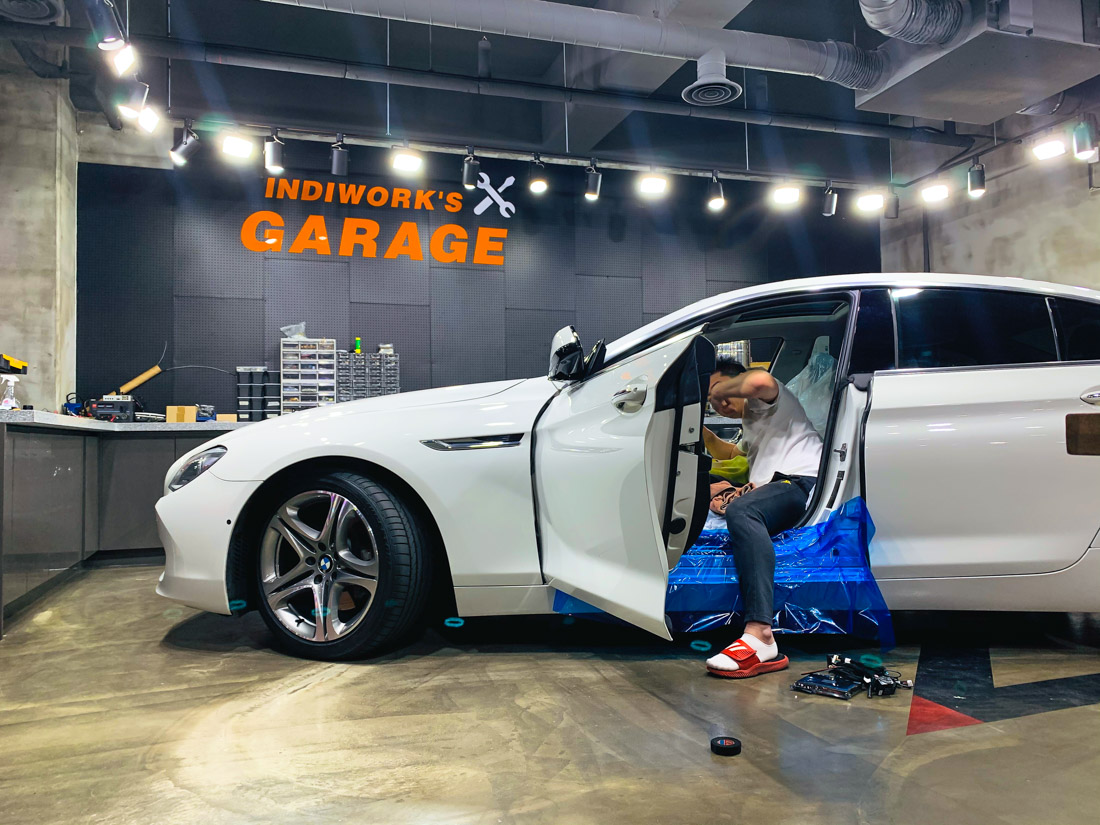 In the case of the 2013y BMW 6 series, the video is CIC-based, and the head unit and i-drive are NBT-based. Models of this type were temporarily released in 2012 on the 5 series, 7 series and 5GT. and 2013 6 series.
In general, the CAN BUS of the CIC system is 100K, but from NBT, CAN BUS is changed to 500K. But the LVDS of video is 4-pin type, the carplay interface is based on SCB-CIC, and CAN BUS should be changed to 500K. If CAN BUS is not changed to 500K, carplay system is displayed on the screen, but it is not possible to controlled by i-drive. 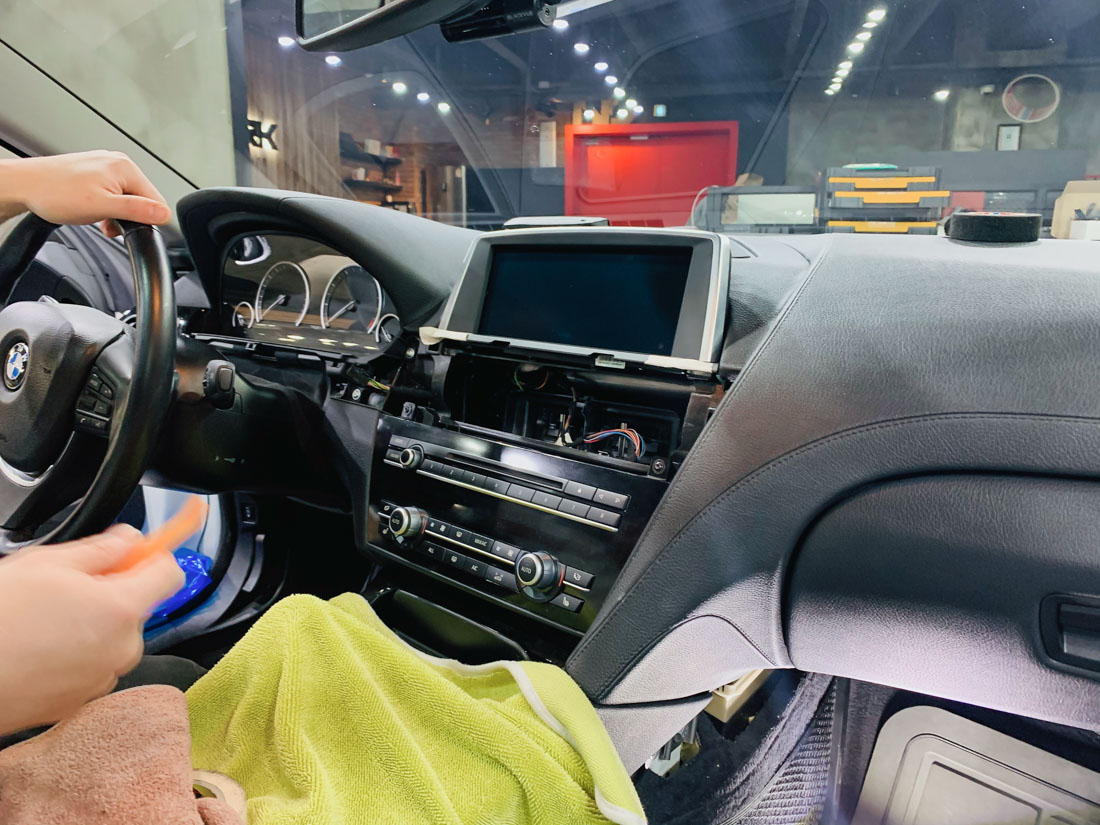 In the test table, we checked that video control is possible based on CIC and i-drive control is based on NBT. After that, we installed the SCB-CIC interface to the BMW 6 Series 2013y that have the same conditions. 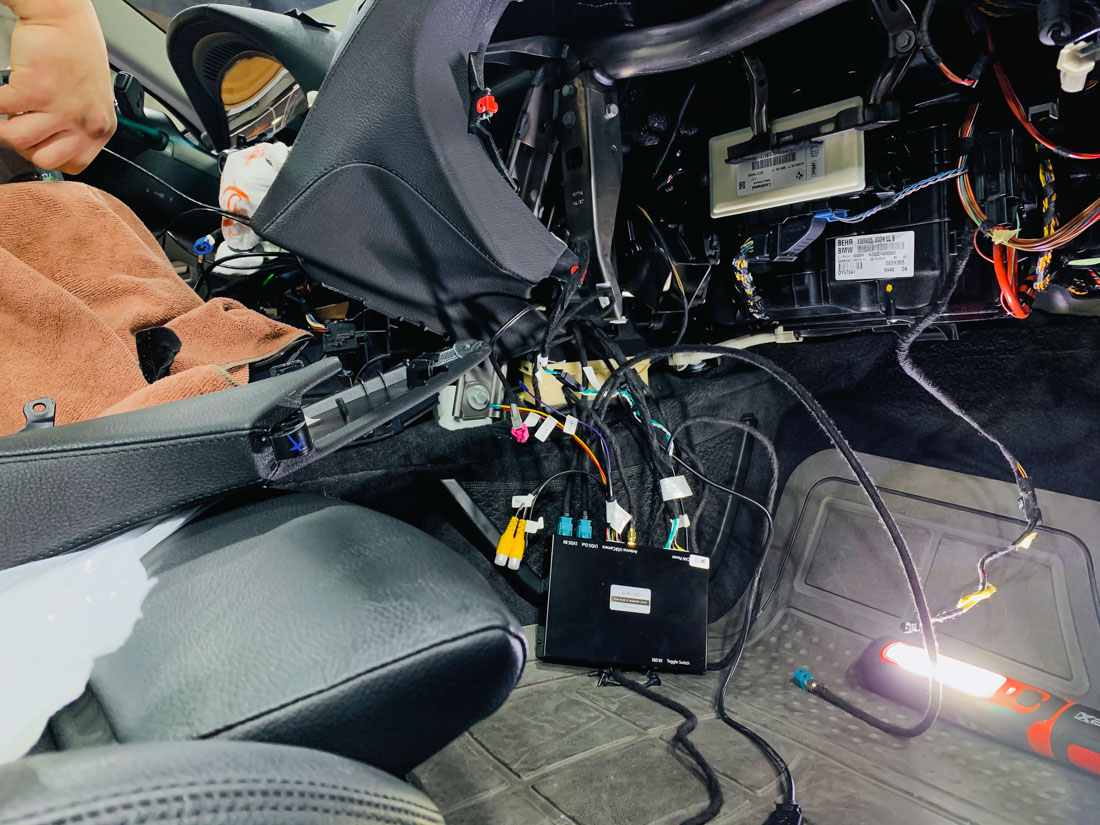 We simply connect the cables of the interface, and tested whether the carplay works with i-drive normally. 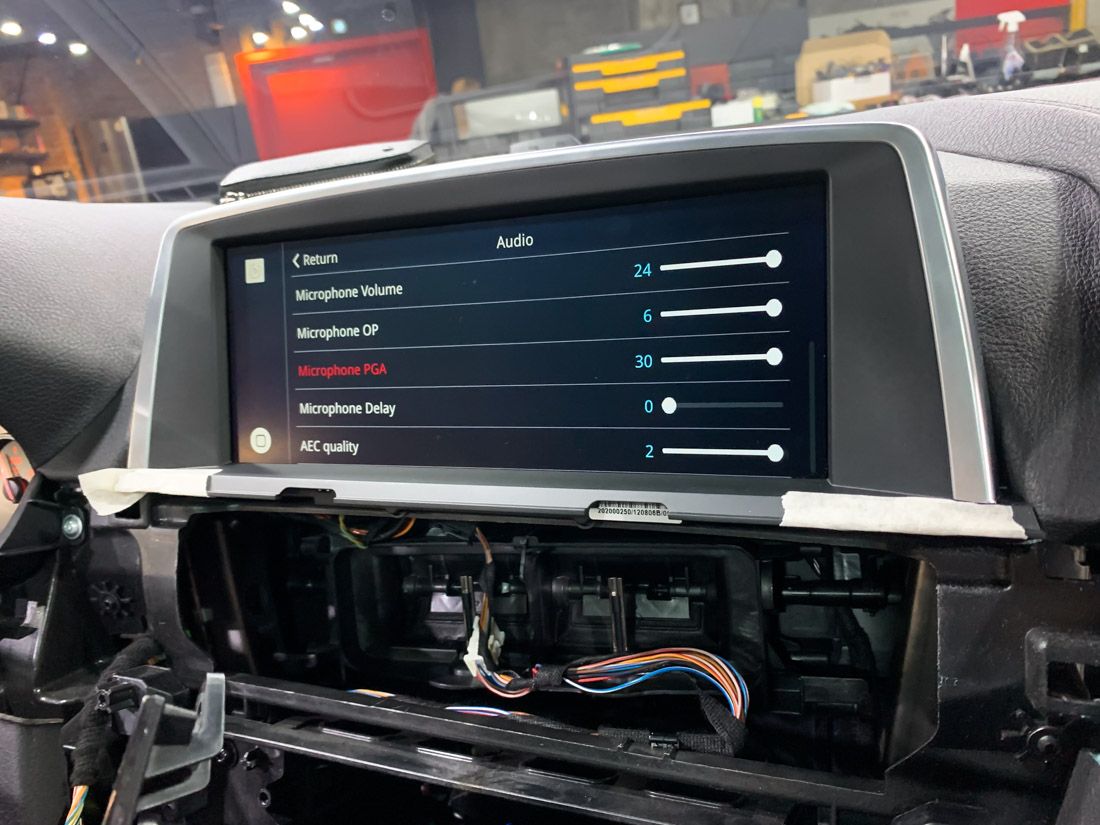 The result was successful ~