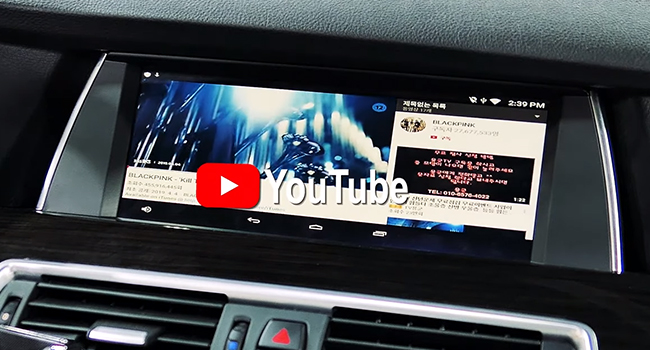 Posted at 13:24h in BMW by INDIWORK 0 Comments
0 Likes
Share 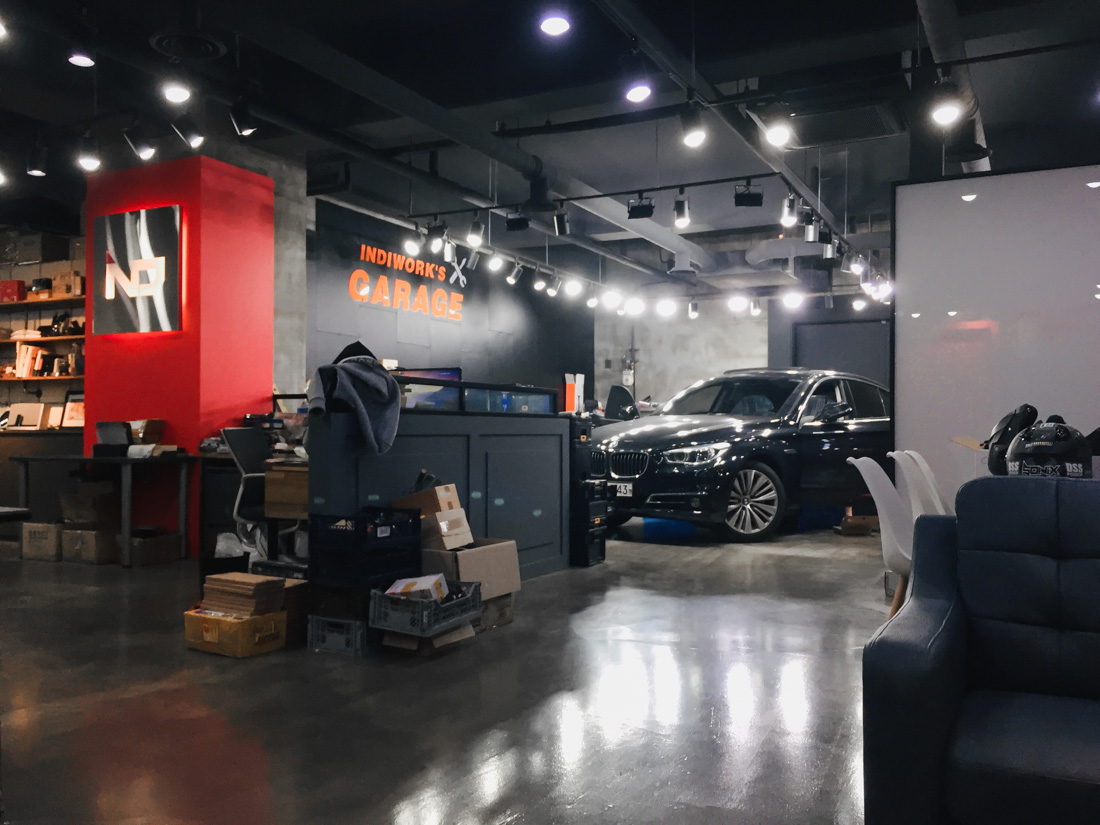 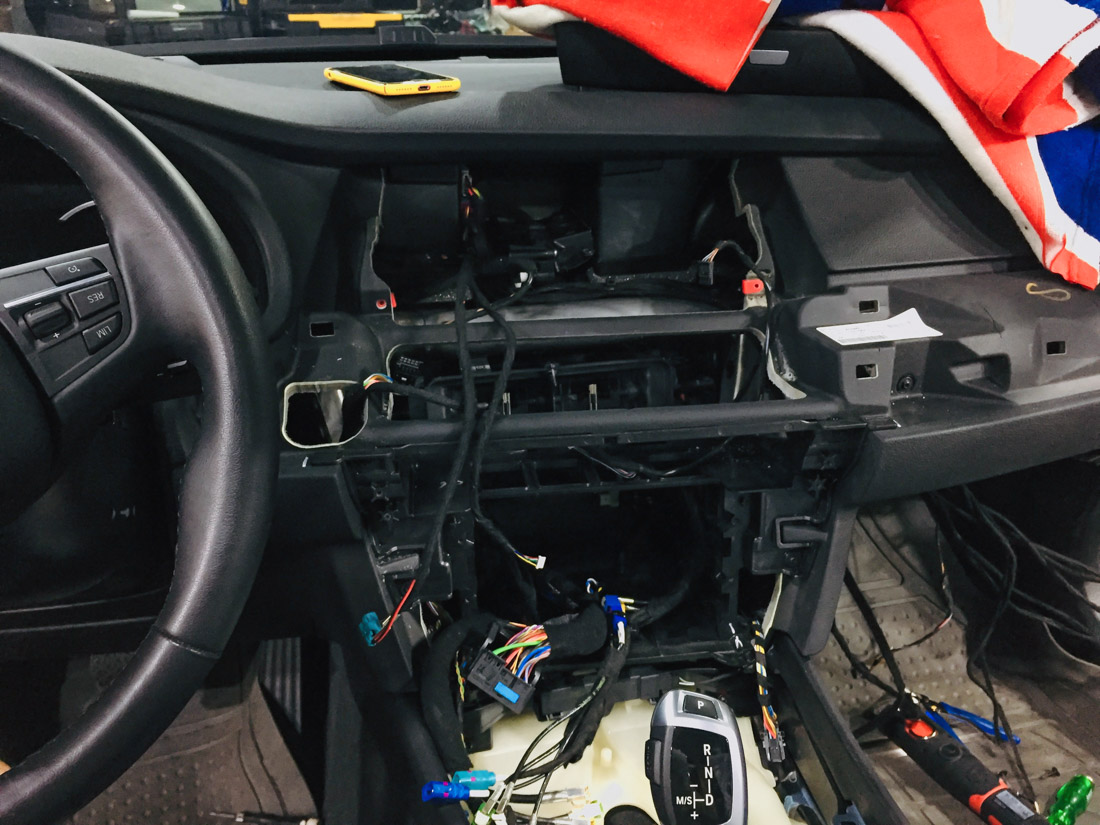 Remove the head unit to install the interface. We tape all cables with sound-absorbing tape to prevent noise. 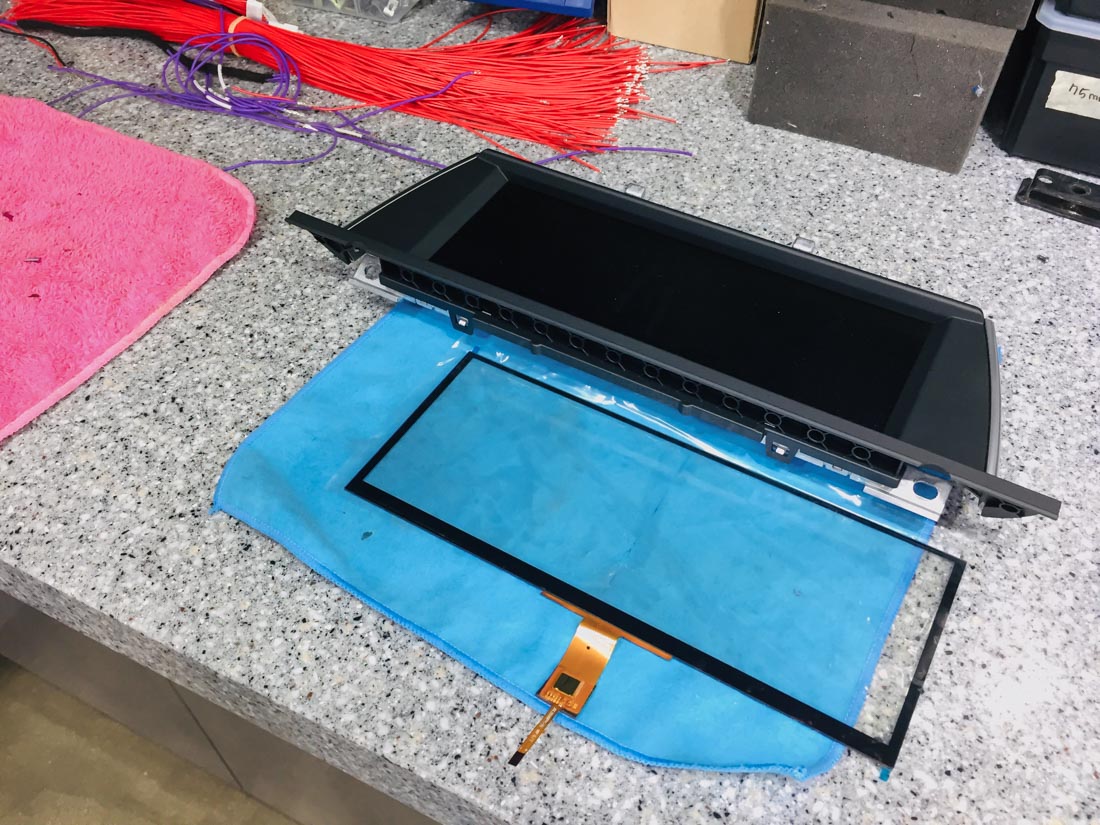 The capacitive touch panel is a 6-pin type and is directly connected to a settop box using a 6-pin touch cable and AV cable. 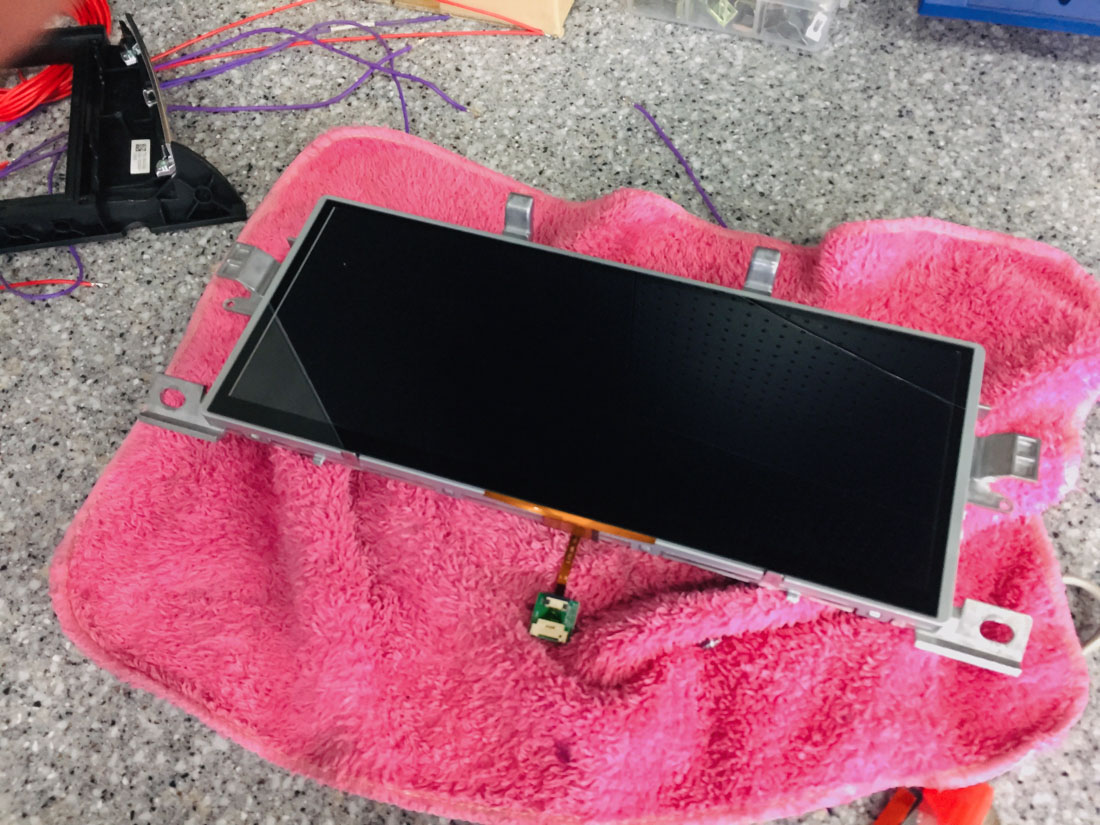 Remove the cover of the original monitor and attach the touch panel on the screen. 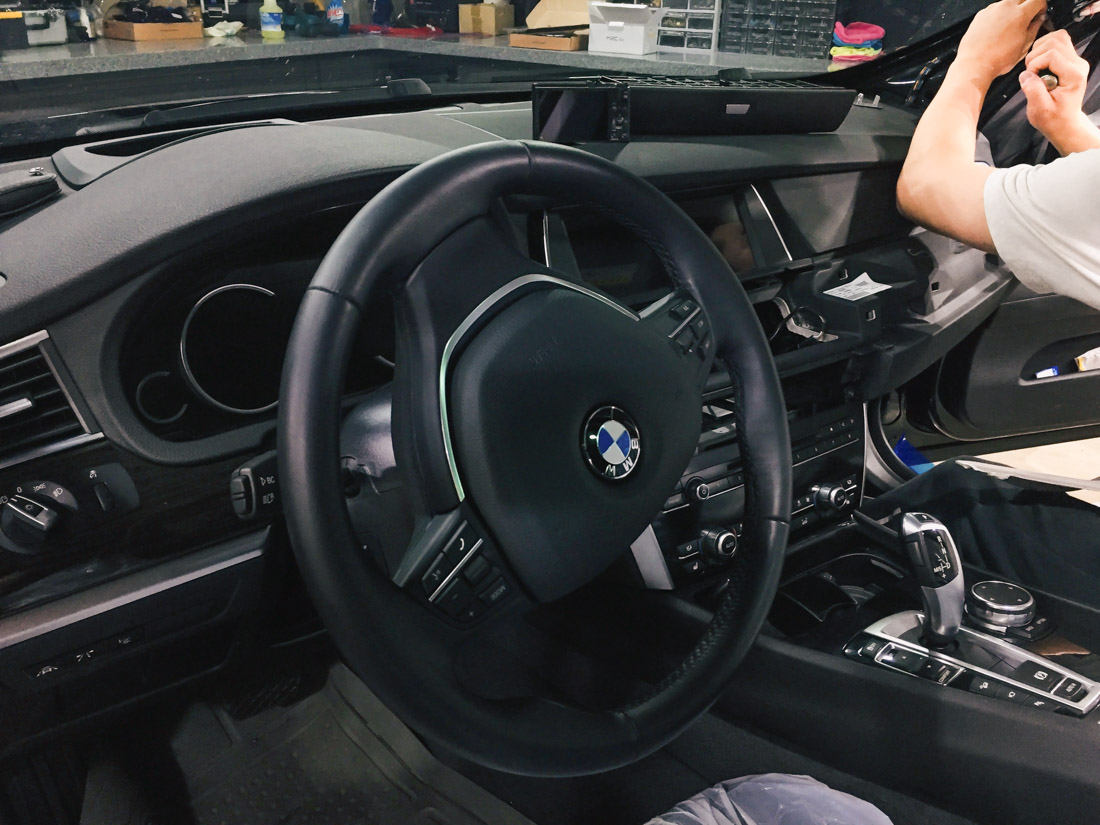