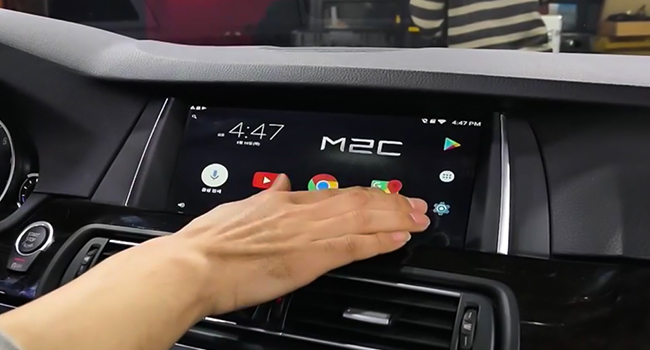 Posted at 16:18h in BMW by INDIWORK 0 Comments
0 Likes
Share 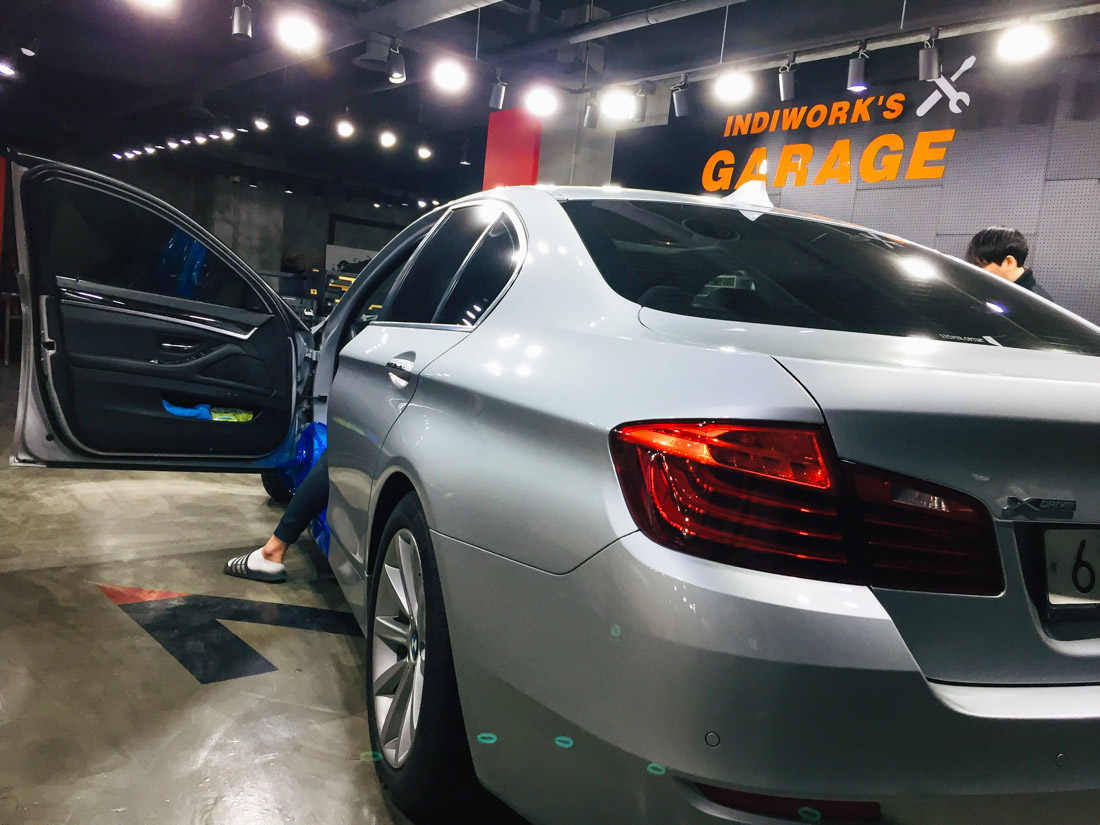 The reason for installing an Android set-top instead of a phone mirror is that it is an independent car-only Android. You can freely use your phone while using Android settop in the car. and it uses the internet through the hotspot of your phone. 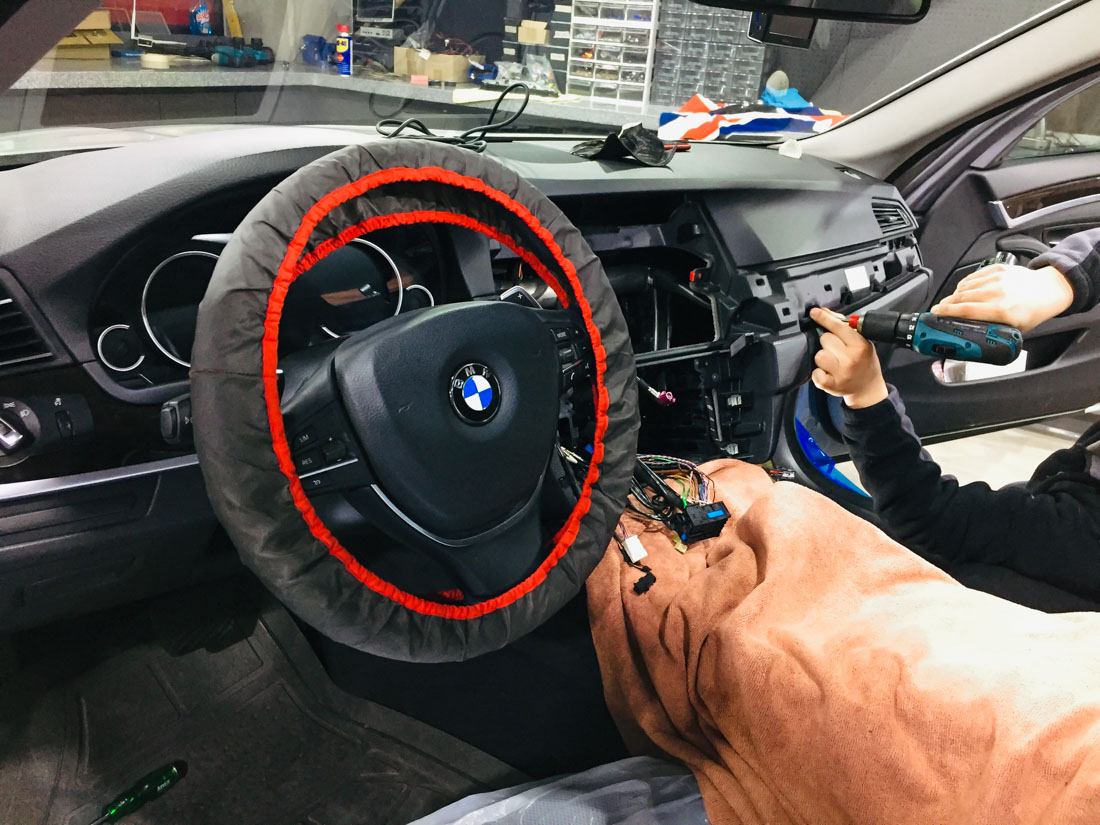 The interface body is installed inside the car. and we recommend that install a settop box is on glove box, or exposed to the outside. That is convenient when using the USB or HDMI devicesor firmware update. 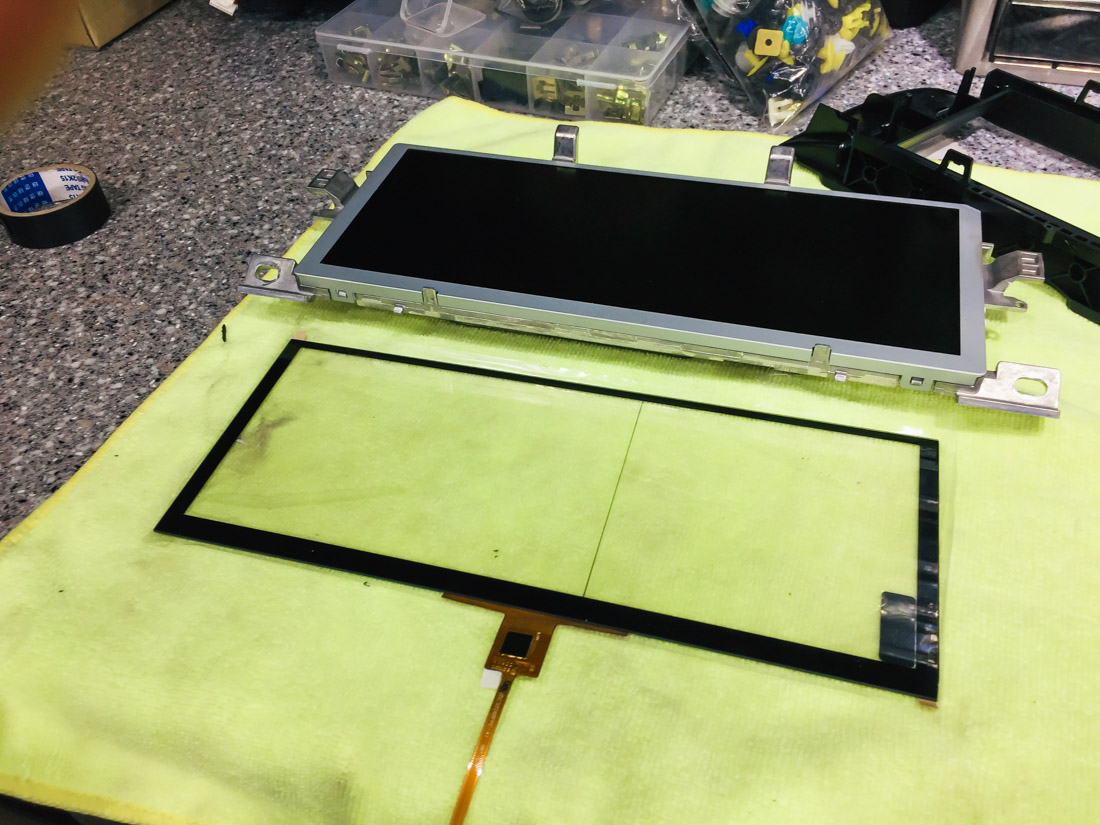 This is a capacitive touch panel like a smartphone. Touch sensitivity is sensitive and multi-touch is supported. 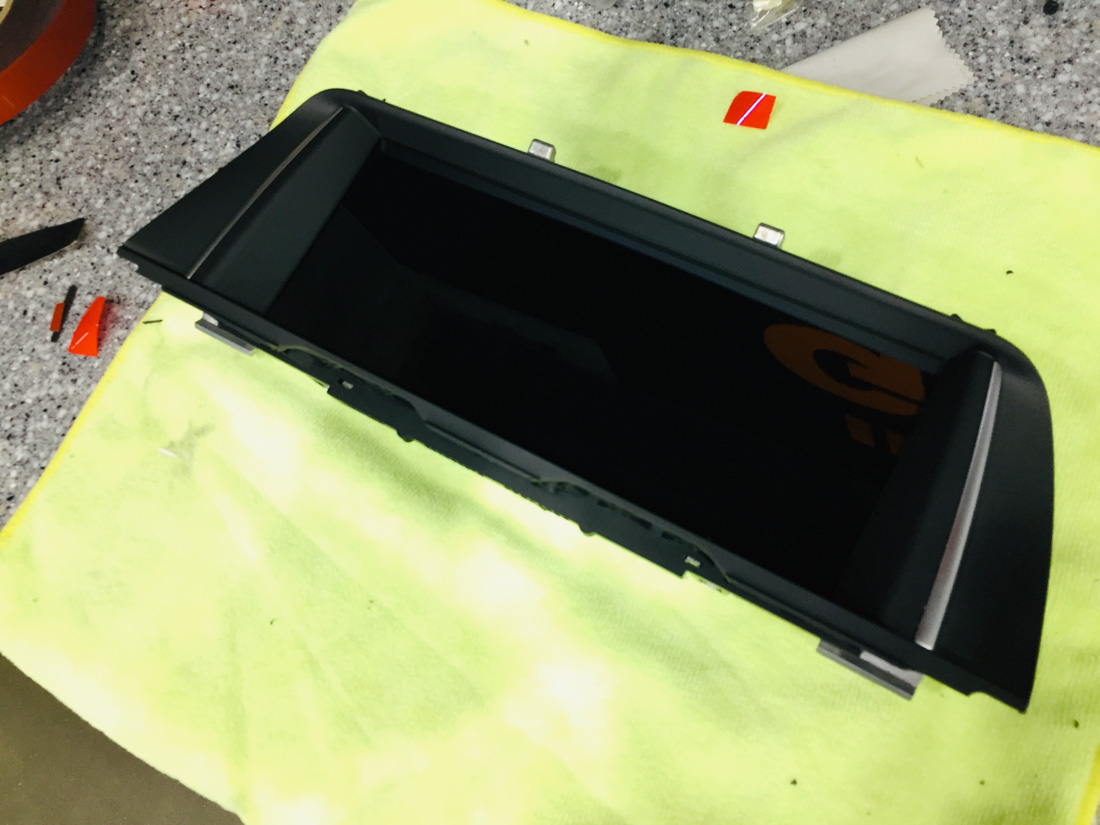 Since the touch panel is attached inside the cover, there is no change in appearance. 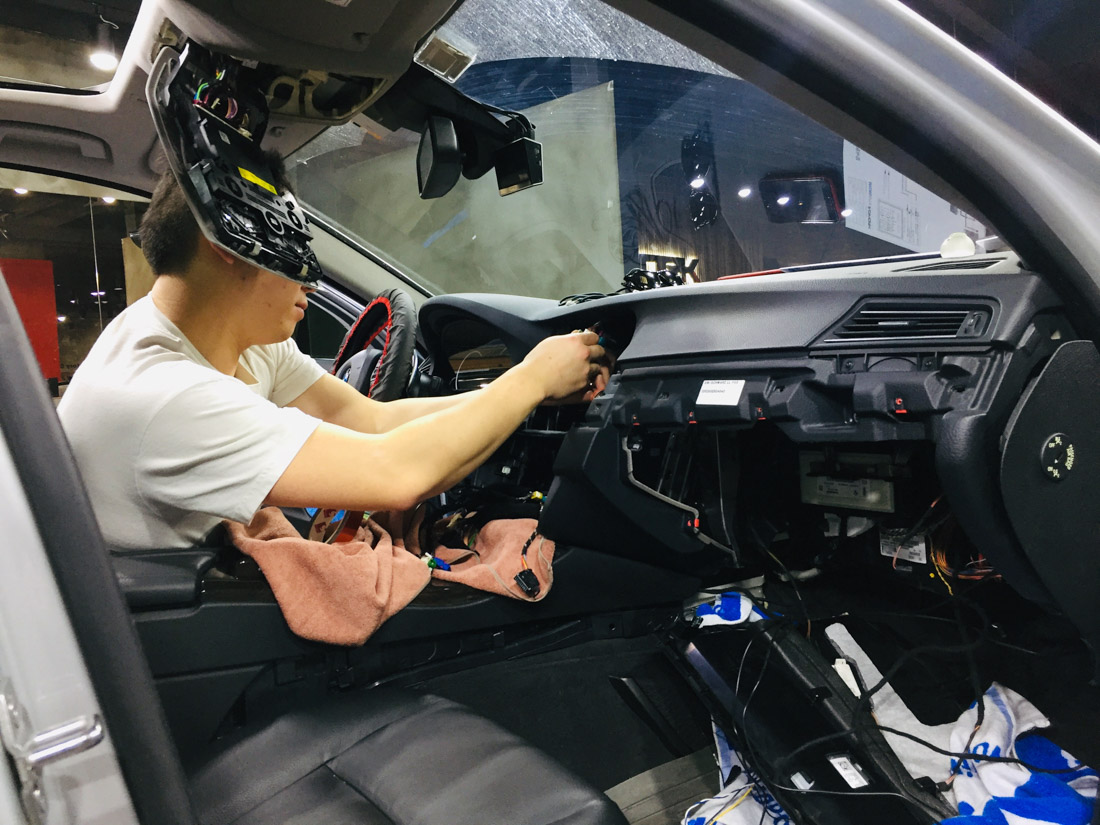 An additional GPS FAKRA cable was used. Because it is connected to a genuine GPS port, reception is good. 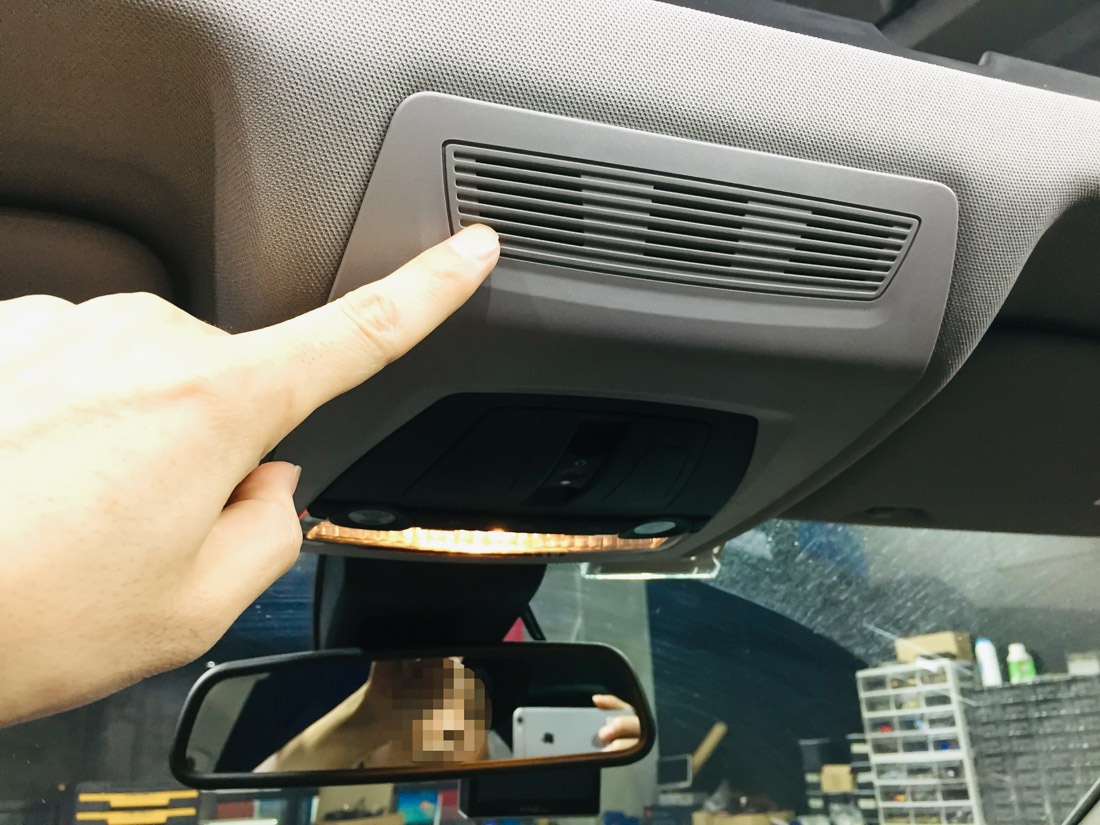 The microphone for voice recognition of Android is installed invisibly. 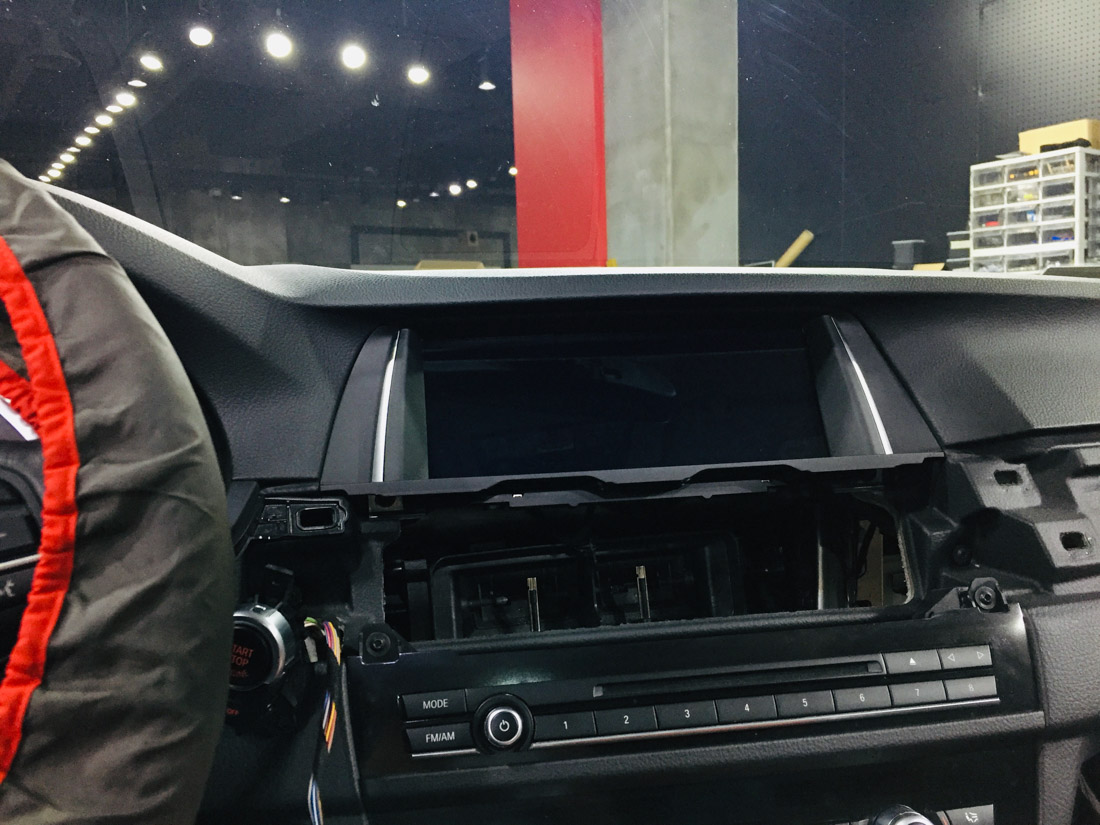 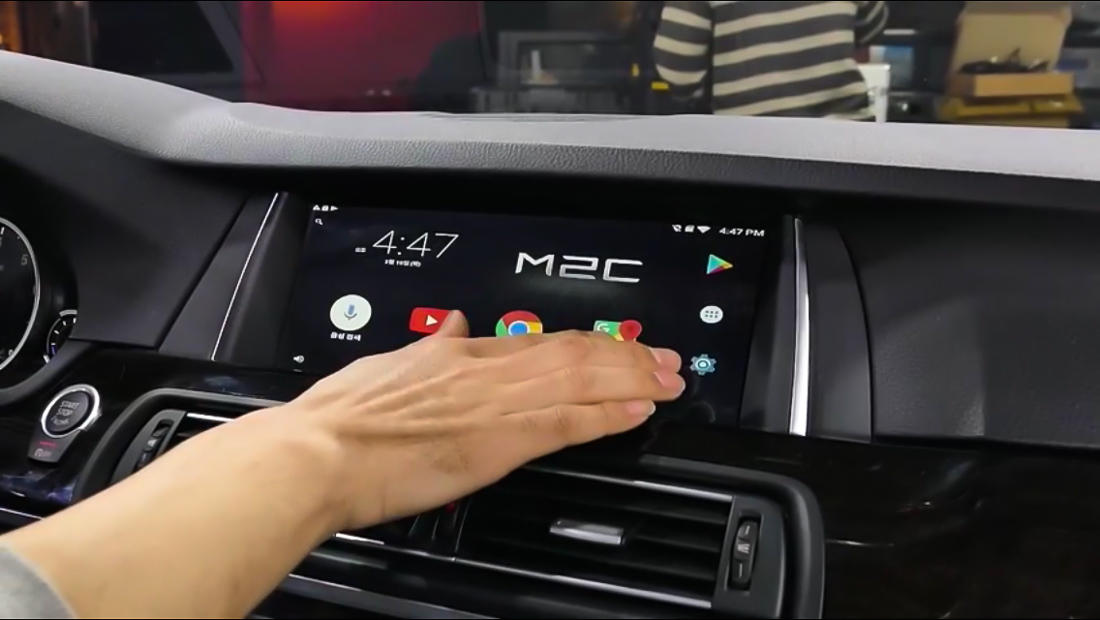 This is main main user interface of M2C Carblet. 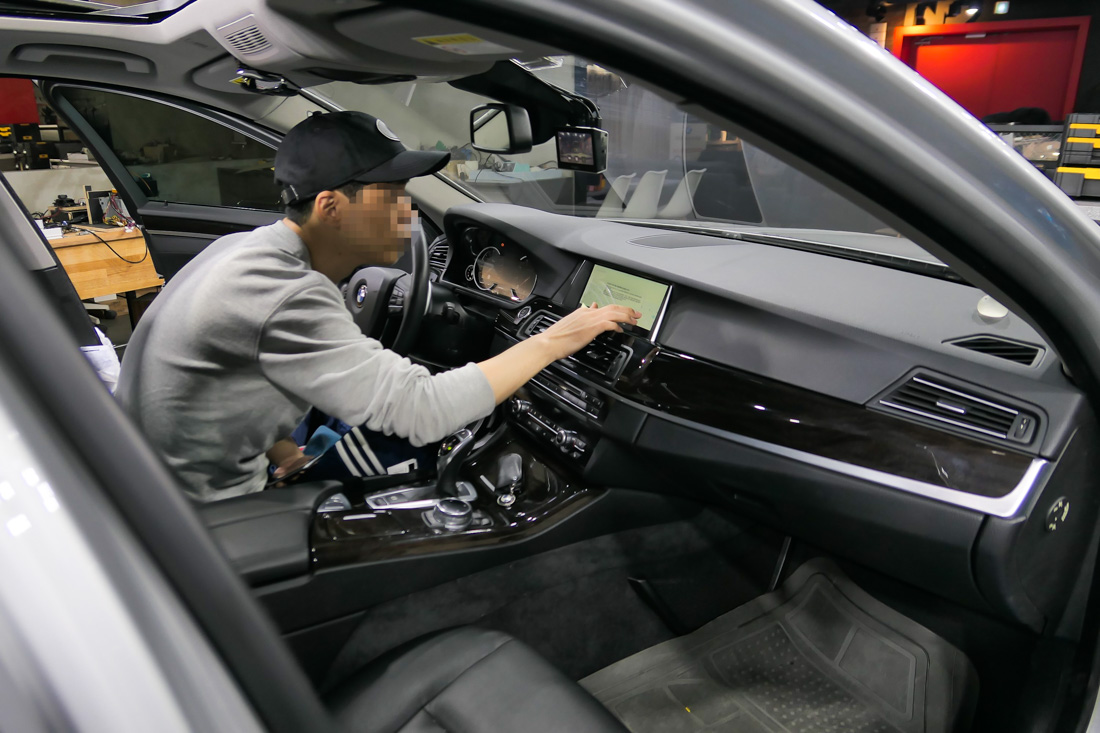