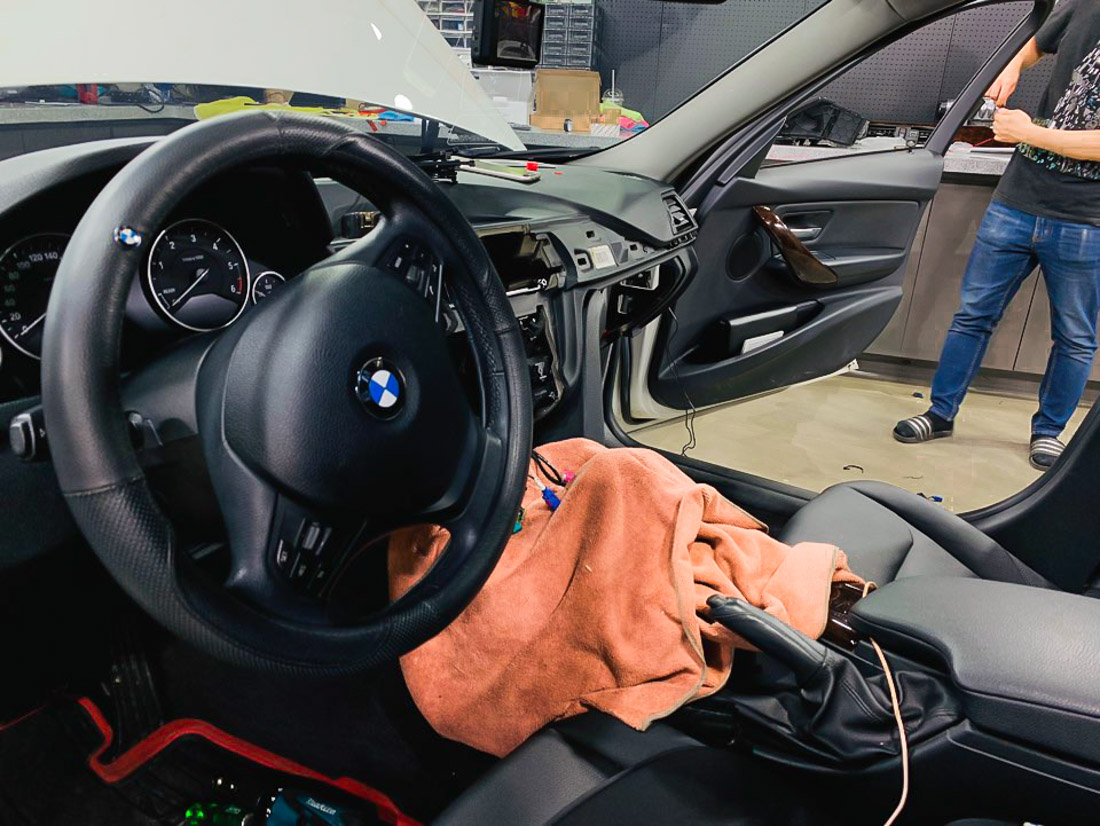 This F30 is already installed with other navigation module. All existing modules must be removed to install the M2C android settop and interface. 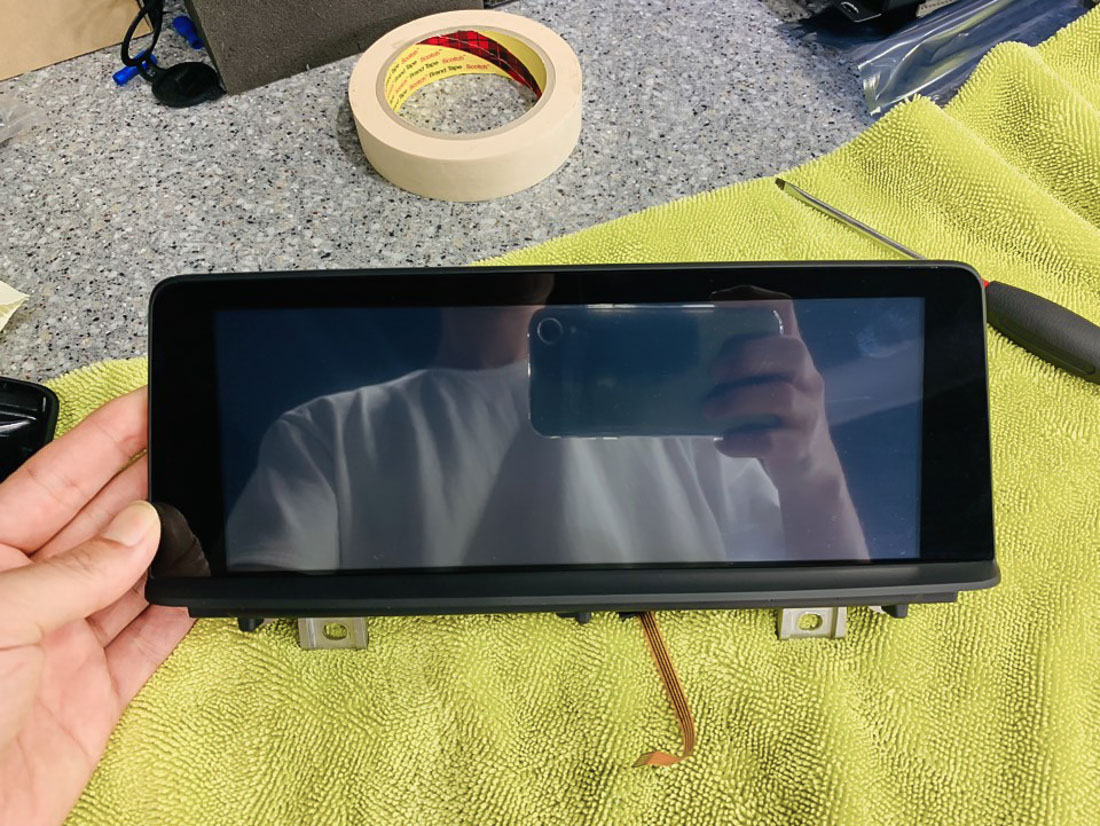 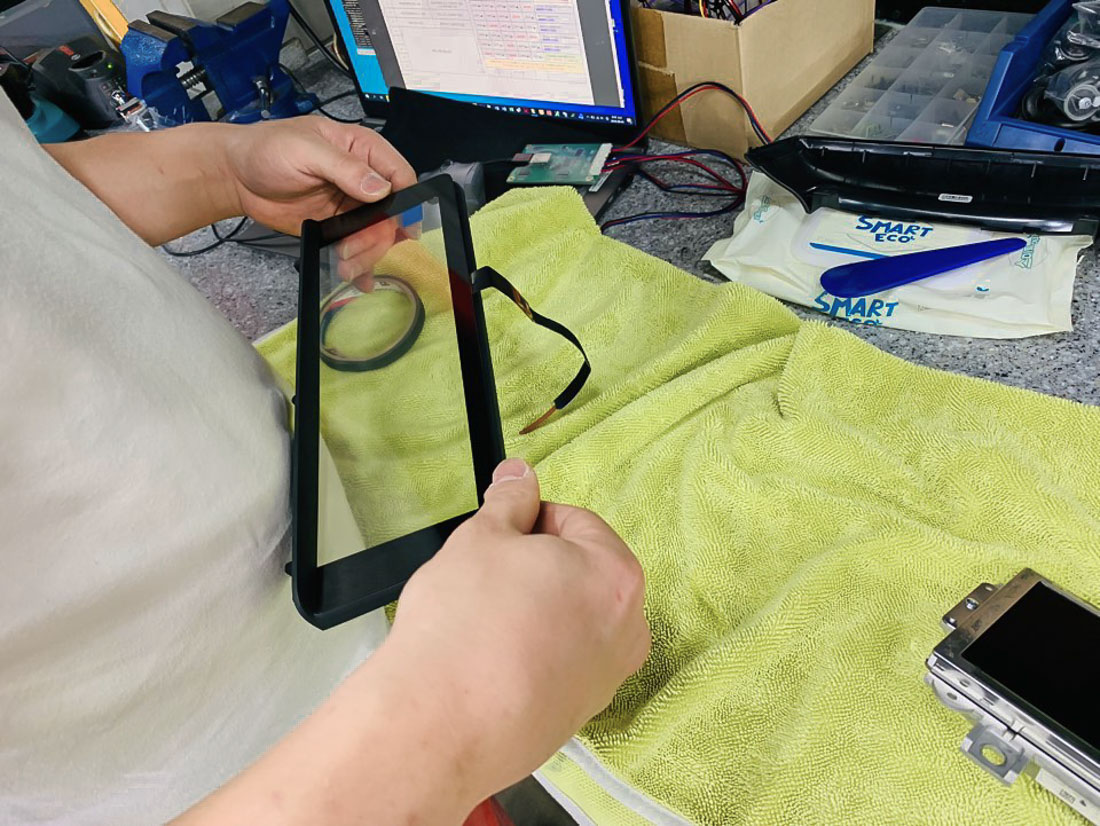 In the case of F30, the touch panel is attached on the monitor frame. It is designed to fit exactly, so there is no heterogeneity. 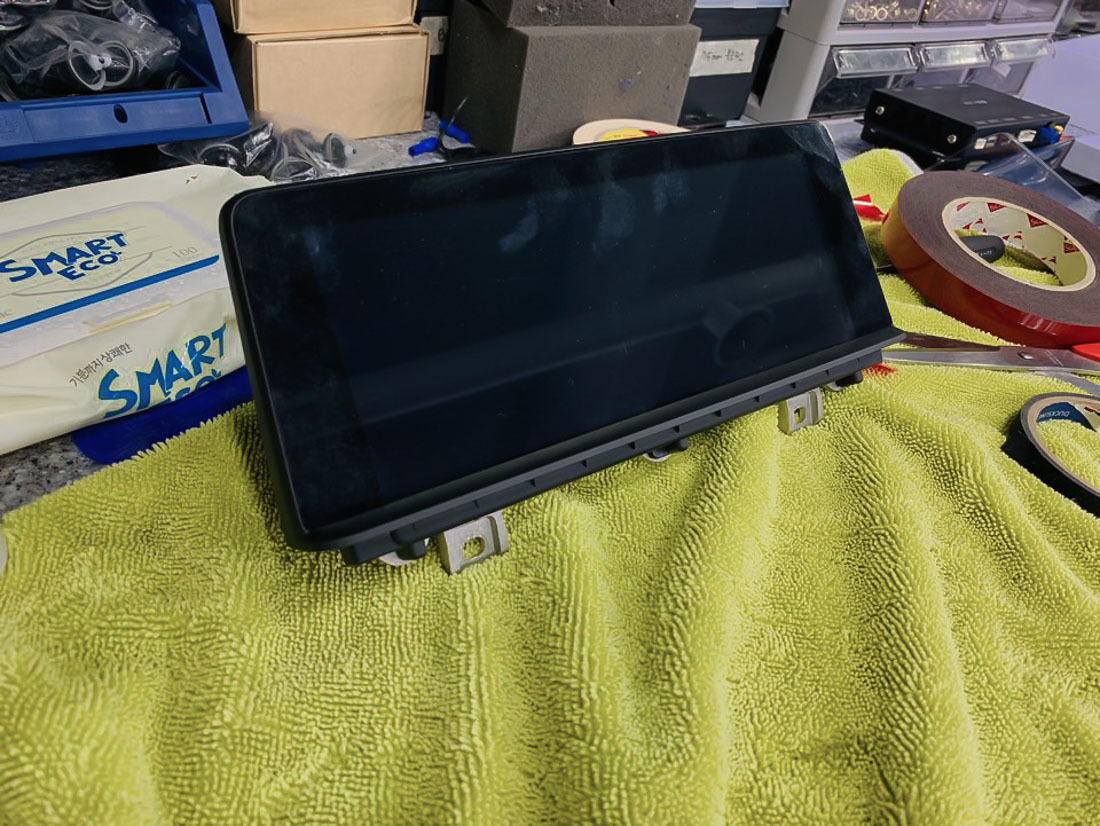 The touch panel is attached. 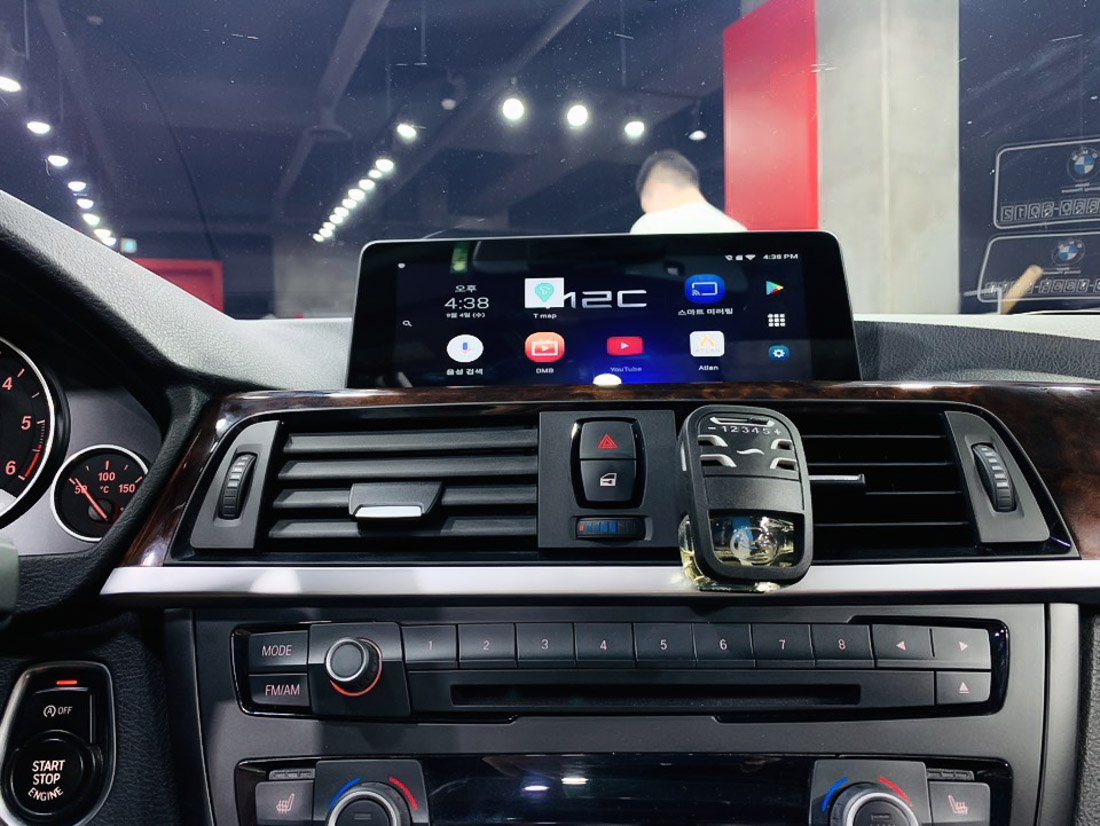 The M2C Android Box is equipped with Android 7.1.2 Nougat OS. You can install and use the apps by sharing the Internet through the hotspot of your smartphone.