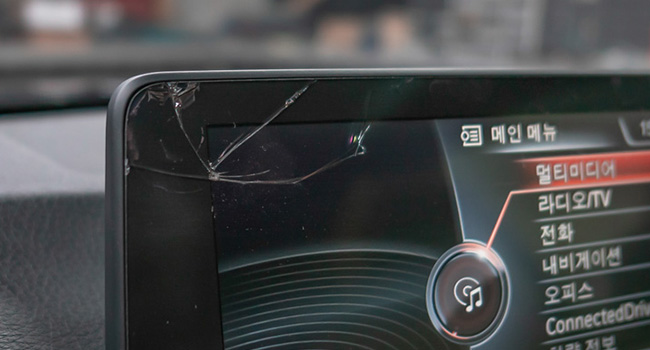 Posted at 15:24h in BMW by INDIWORK 0 Comments
0 Likes
Share 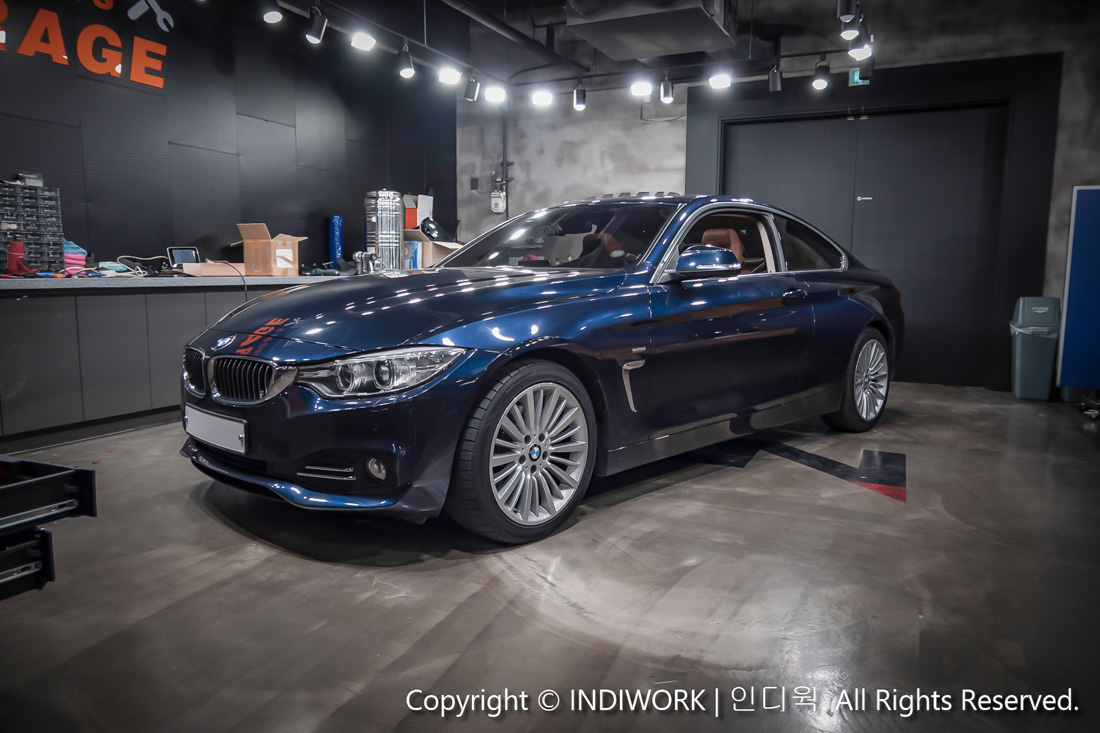 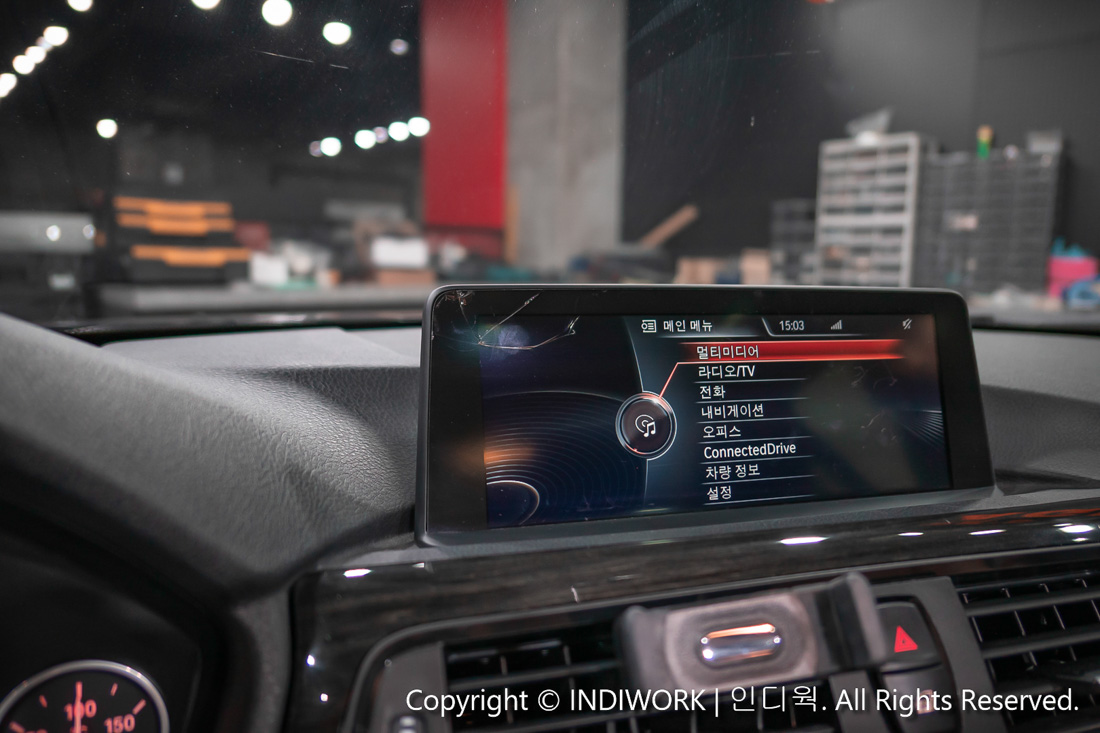 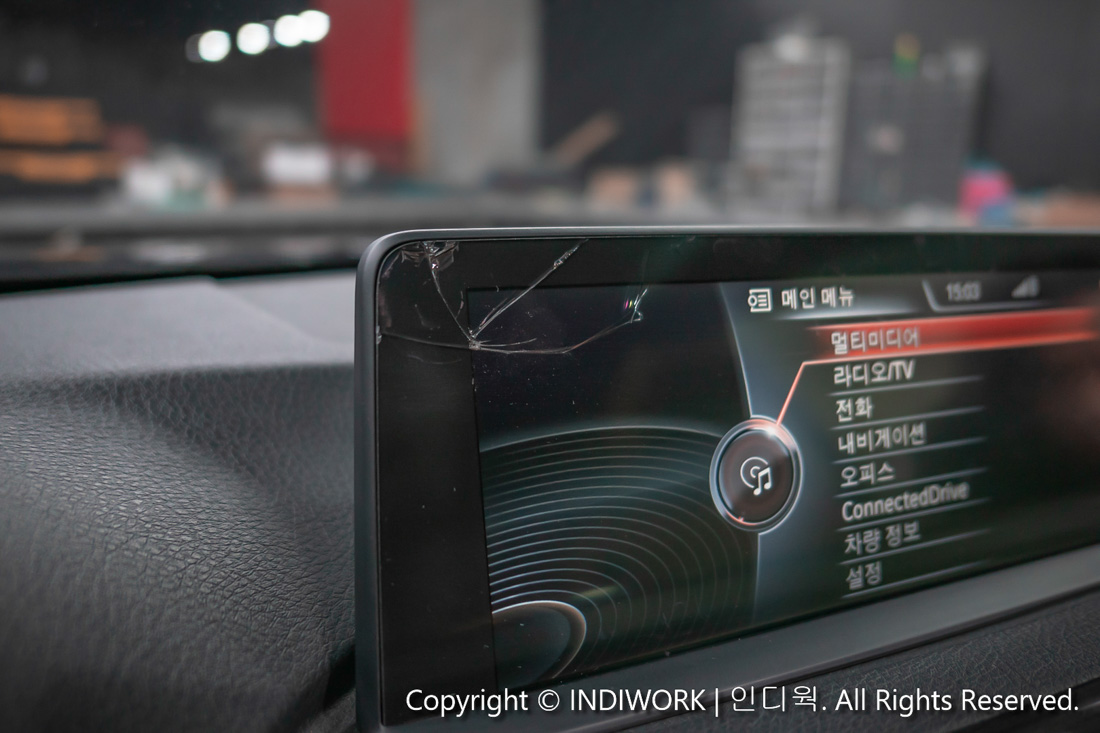 The upper left area of the monitor is broken.
If the front tempered glass is broken, the repair service is very expensive at the BMW Service Center because the monitor must be replaced.

The glass used to replace in INDIWORK is a capacitive touch panel specially made for touch function when installing Android settop system. So it is expensive compared to ordinary tempered glass, but it is very cheaper than the price charged at the Service center, and there is no other repair method. 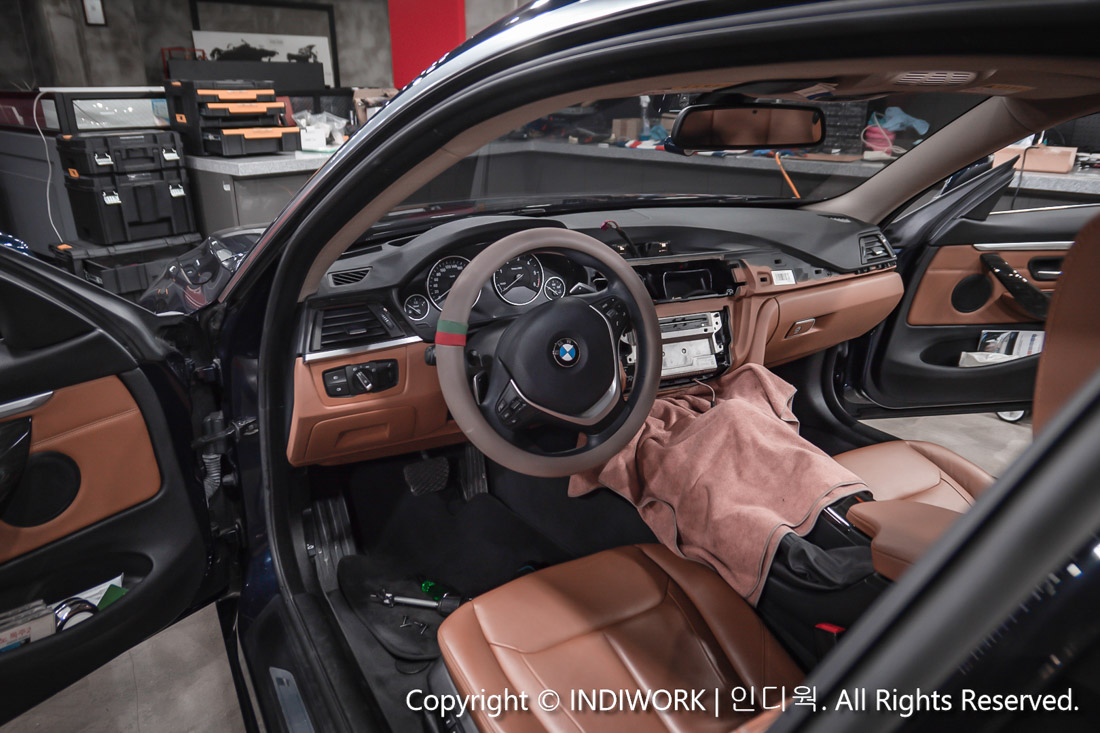 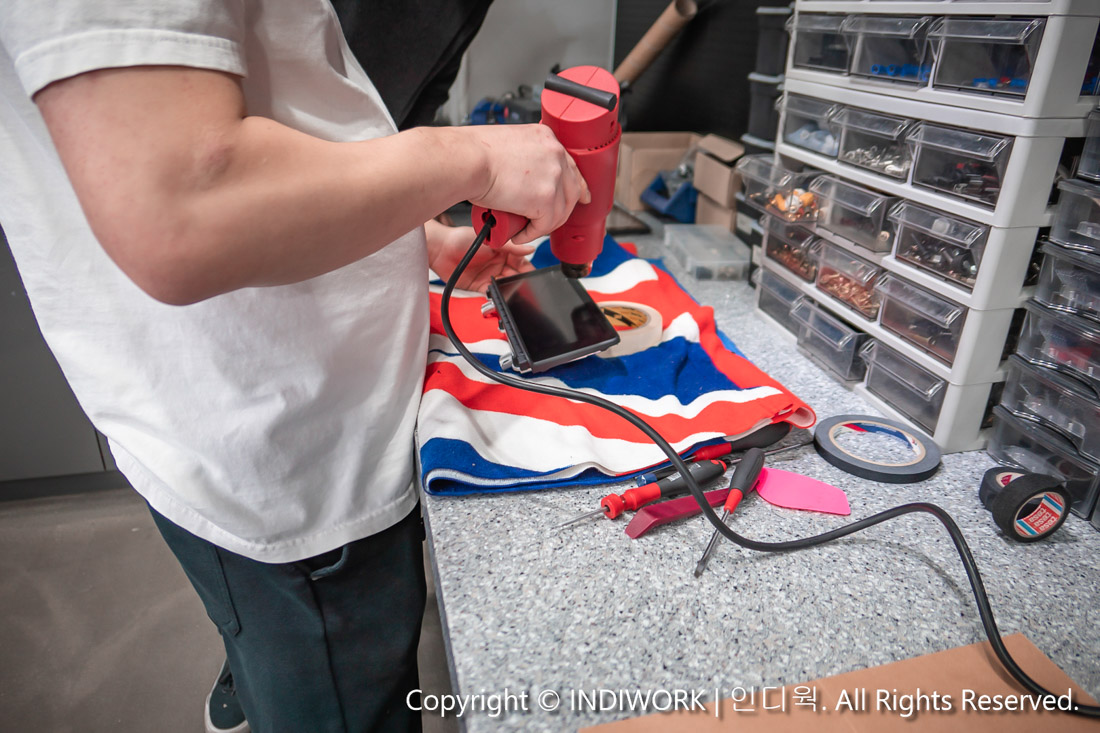 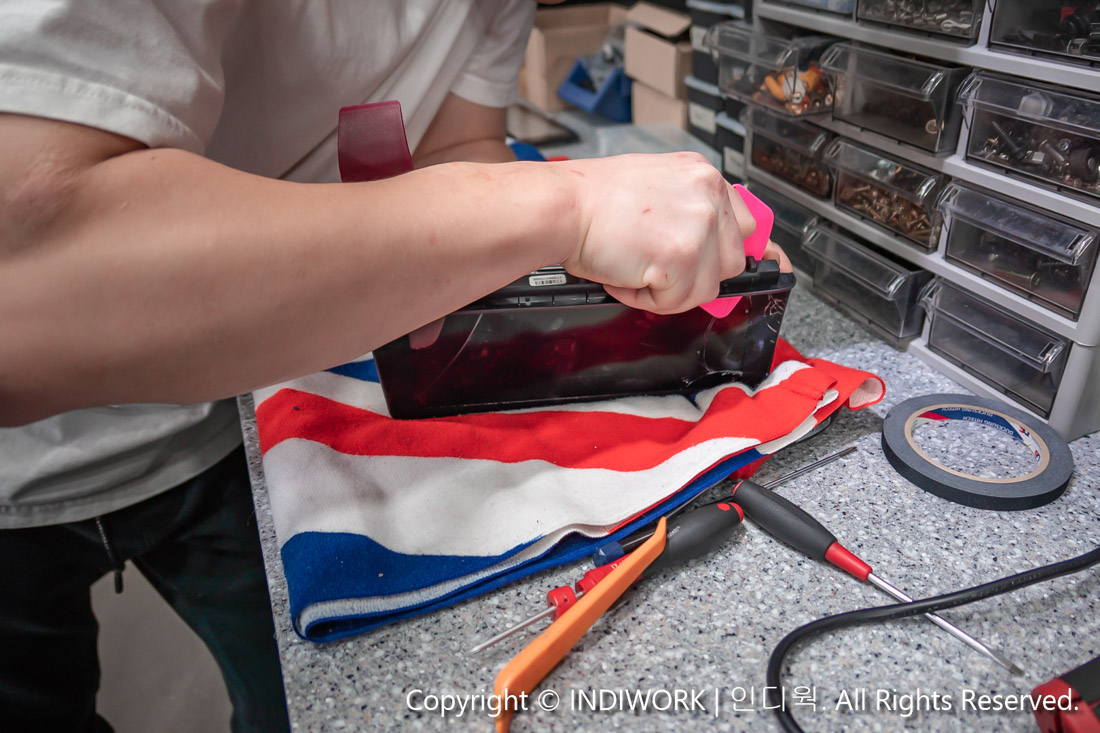 When removing broken glass, a lot of small glass fragments are formed. Care should be taken to ensure that this fragment does not damage the LCD. It is a 8.8-inch capacitive touch panel to replace broken glass. 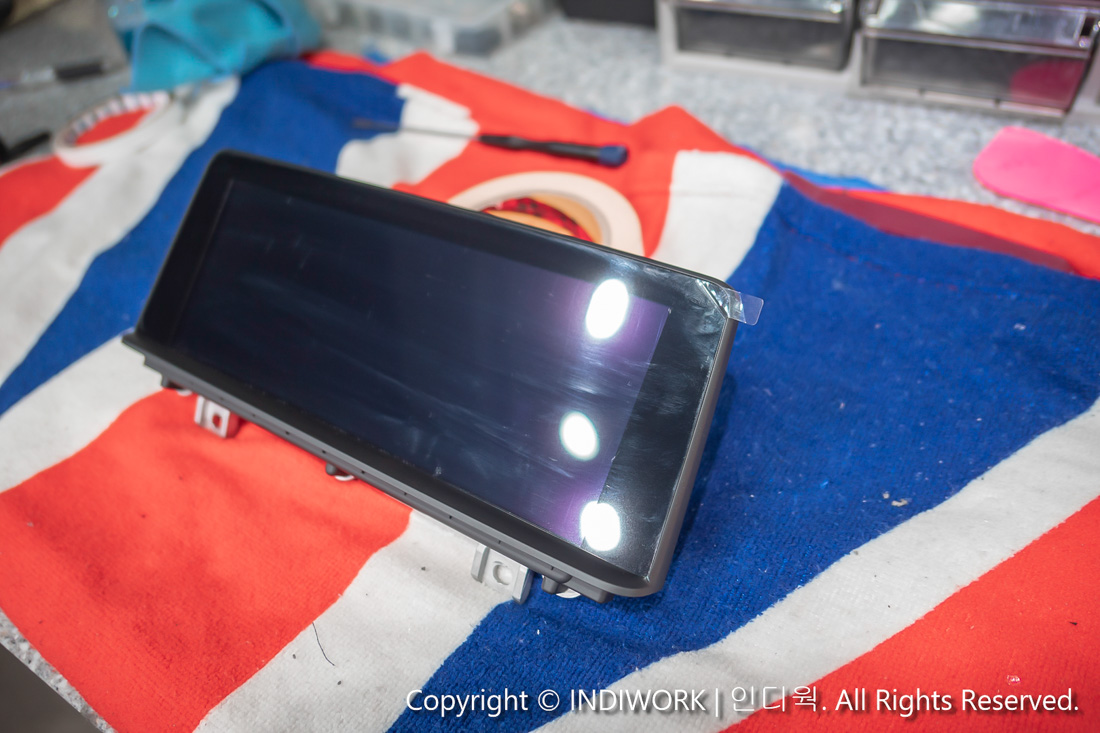 I need to wipe clean to prevent foreign matter from entering between the touch panel and LCD. Glass replacement complete.​
* This touch panel is compatible with BMW 2 series, 3 series, 4 series and 3 GT released from 2012 to 2016.
The 8.8-inch monitor released after 2016 ~ cannot be replaced because the tempered glass and LCD are all-in-one type.