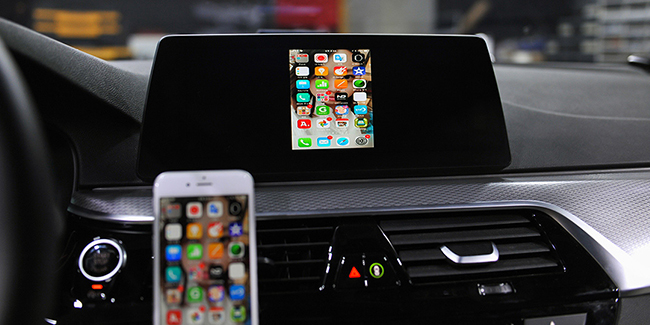 Posted at 18:03h in BMW by INDIWORK 0 Comments
0 Likes
Share 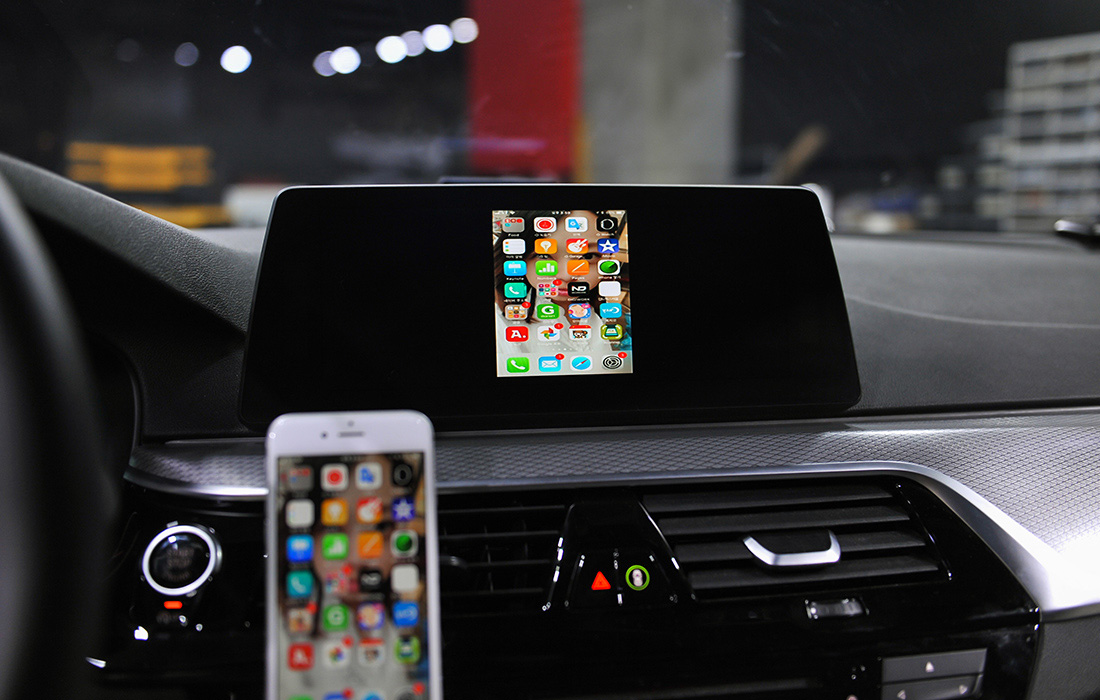 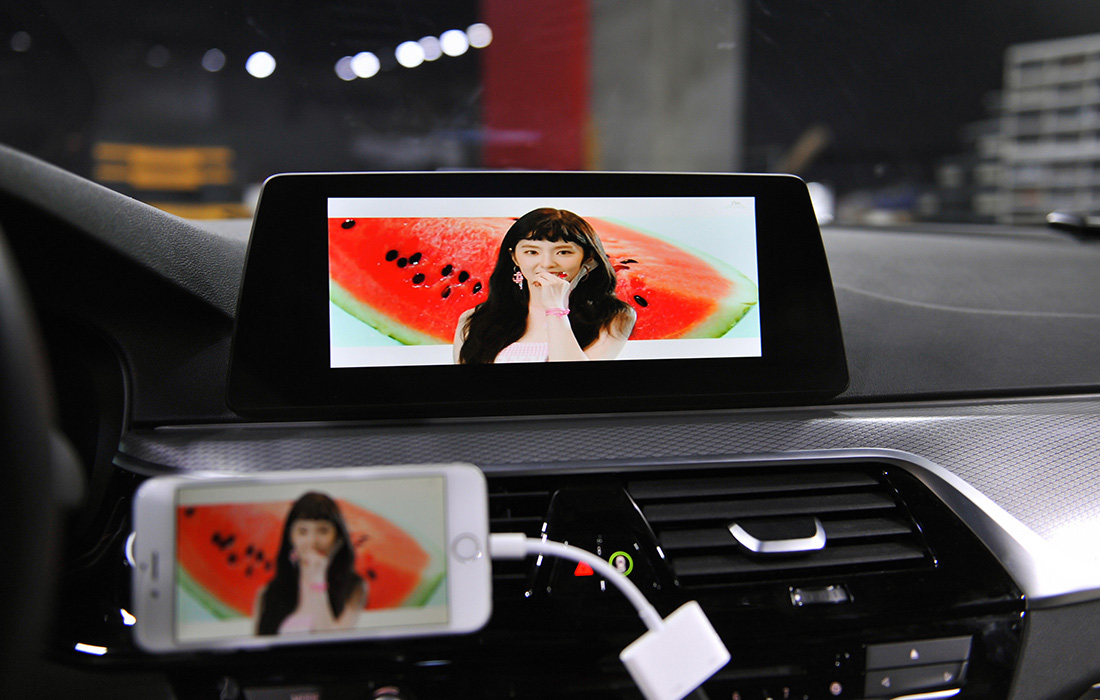 To install a wired smartphone mirror system, you just need an interface and an Apple Lightning AV adapter.

The interface that supports the BMW EVO system (with original touch) is the IW-EVO6-N23 model.

When you connect the AV adapter and launch Air Play of iPhone, the screen of the smartphone and the monitor of the car are linked. Operation is on the smartphone screen. And the sound is output to the car’s speaker via bluetooth.

* You can use to install wireless mirroring, but IOS updates can cause compatibility problems. So we recommend the wired mirror for the iPhone. 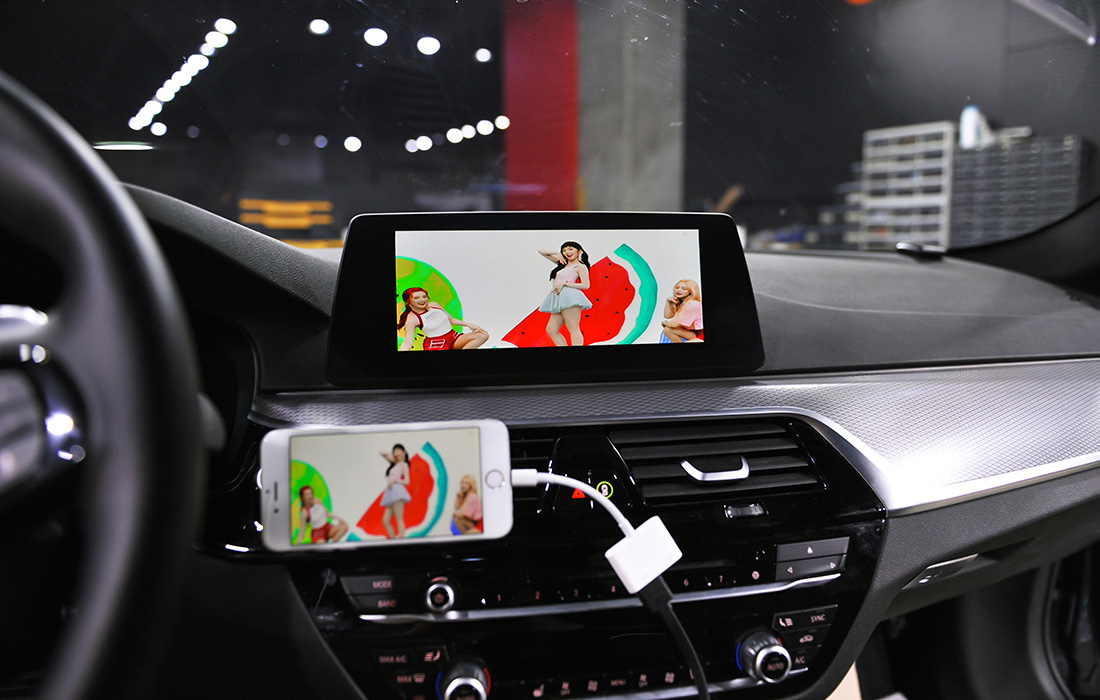 The HDMI video that output from lightning av adapter is input to IW-EVO6-N23 with 720P.
* IW-EVO6-N23 supports the 720P resolution, so, it is impossible hdmi device that not supports 720P.
There is an internal conversion process in the interface, this is not good than the original monitor 1440P. But, the interface has a digitized processing method, so there is no water noise or blurring like analog RGB method. 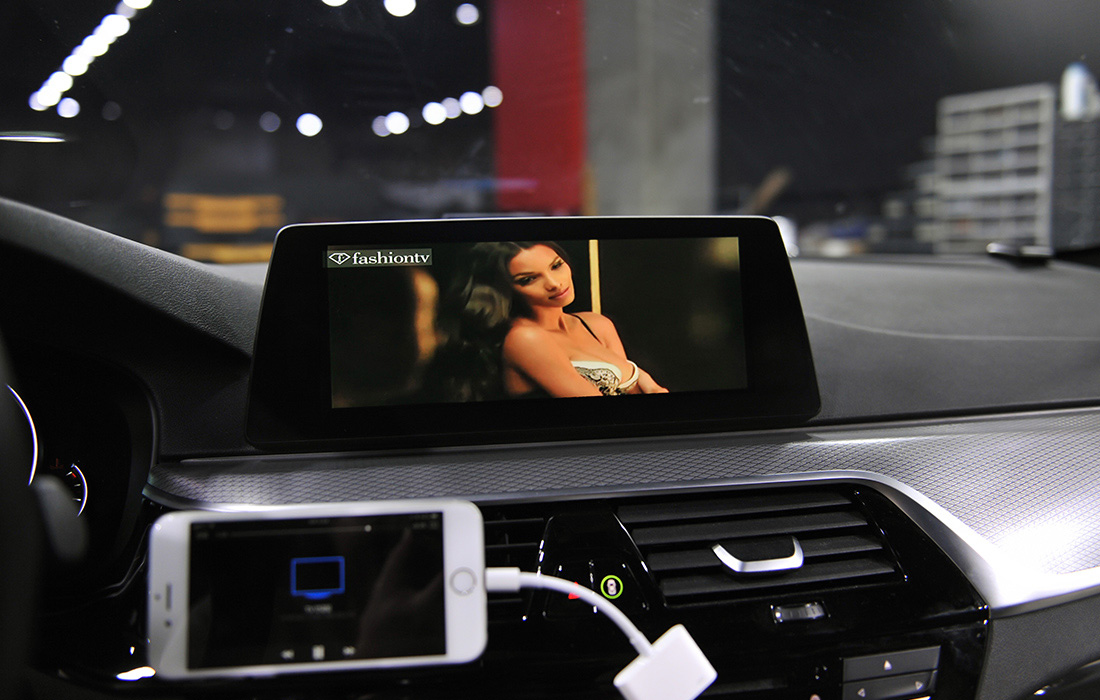 As we judge, if you think as an additional entertainment, smartphone mirroring is a good system. But this system is not everything great. There are many inconveniences for the driver to use this as the main system. (Related to the use of smartphone such as currency, letter .. And intermittent buffering) 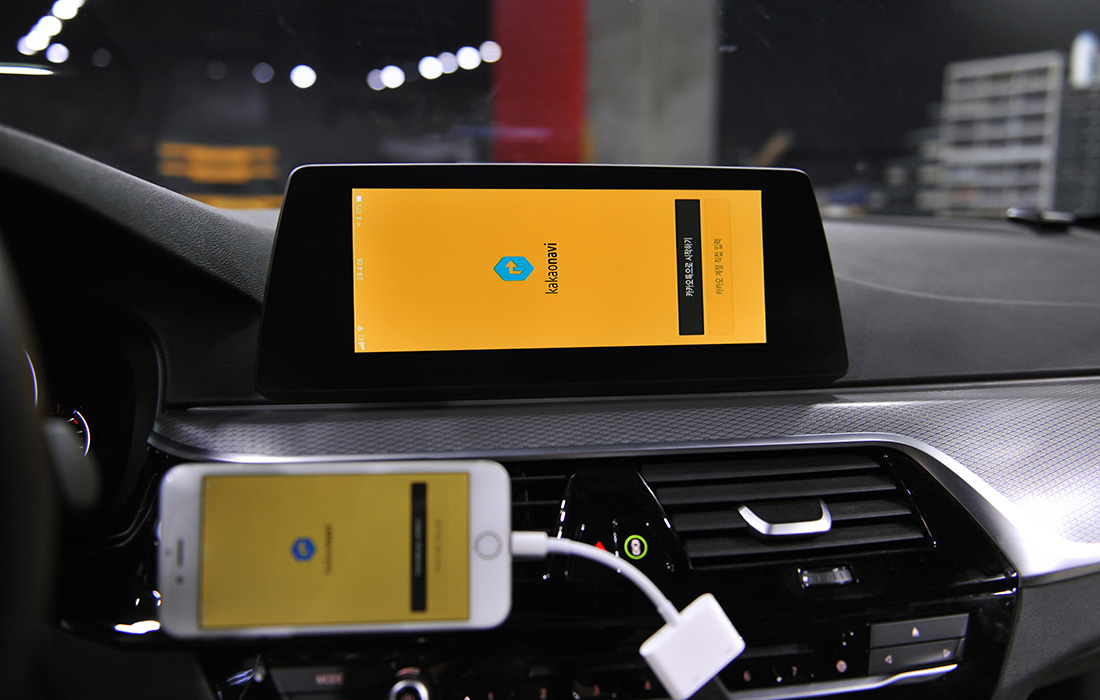 This system has problems such as calls, or send text, or use the SNS during use the navigation app. 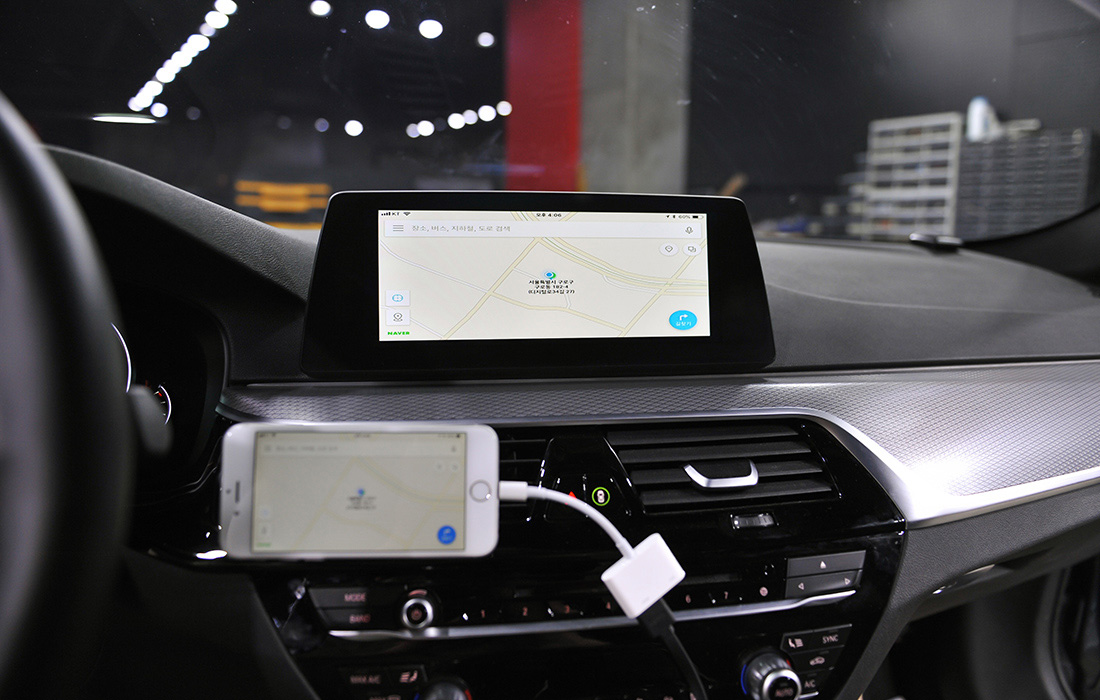 However, auxiliary entertainment, this system is very good. Simply install one interface and it can display all the applications of the smartphone to the car’s monitor, and it can be enjoyed by everyone.