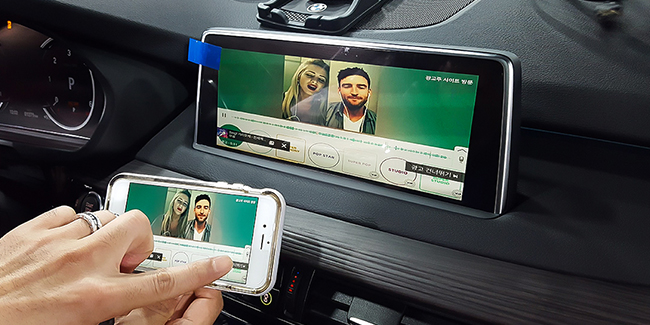 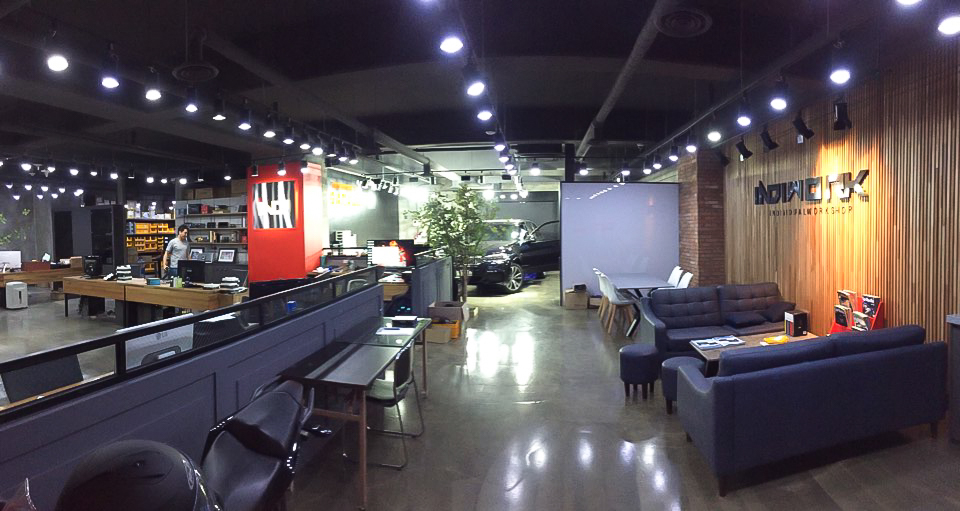 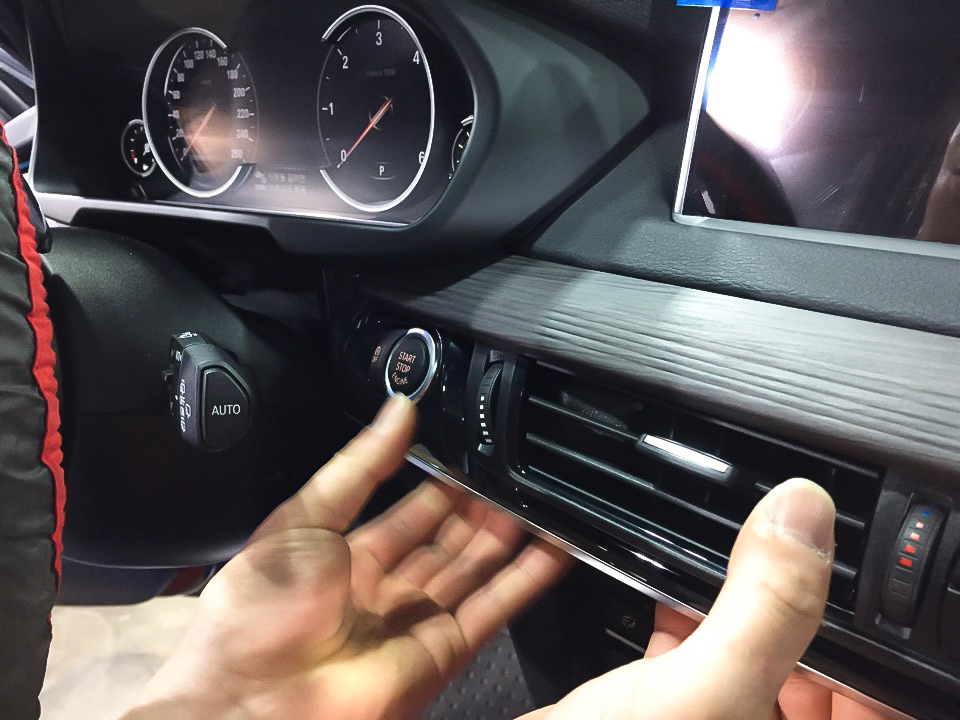 Remove the deck for interface installation. I removed only the necessary parts. Don’t have to over-removed for the installation. Remove the head unit NBT of X5.
And it is work for HDMI interface, power, and CAN interlock.

Using sound absorbing material tape, it minimizes the possibility of noise that may occur even in case. 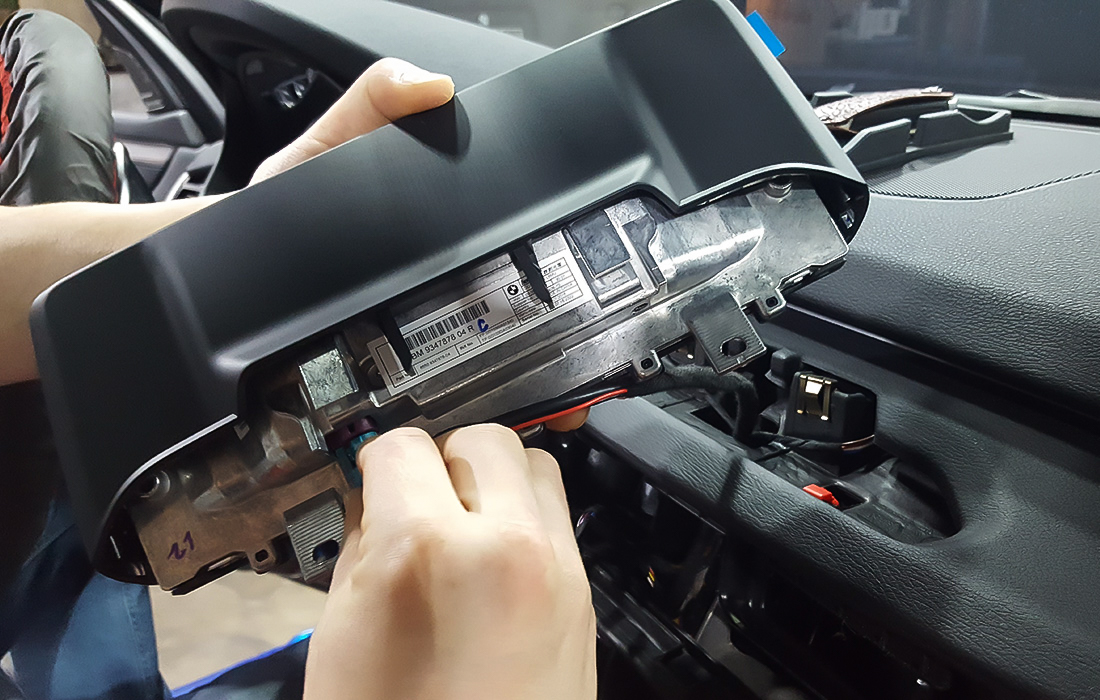 The LVDS cable of the HDMI interface connects IN / OUT at the back of the monitor. 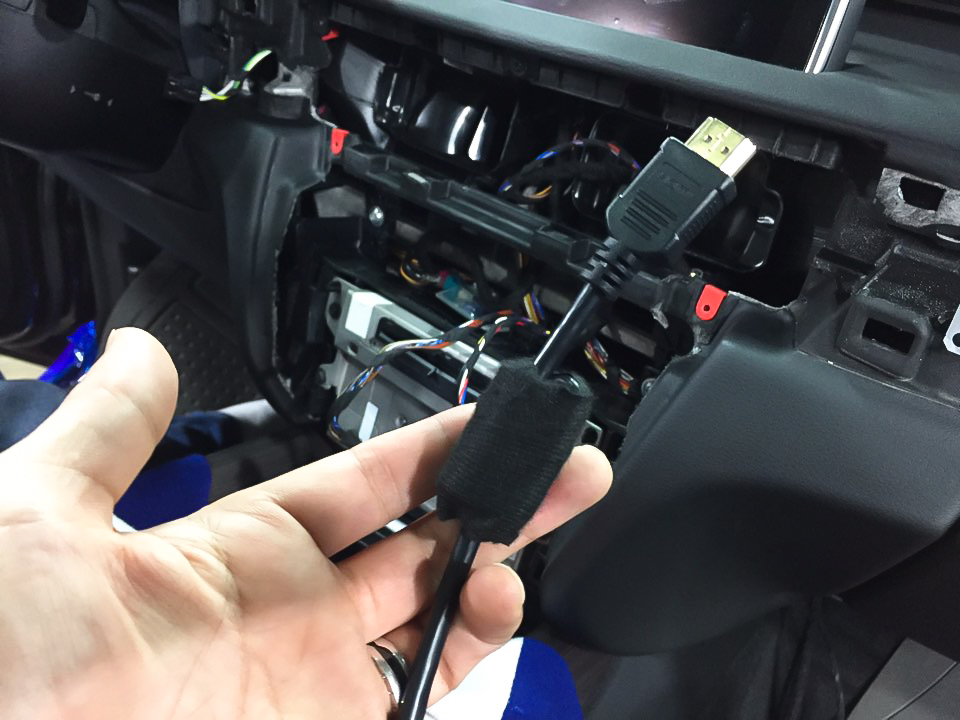 It is an HDMI cable that connects the HDMI interface and APCAST (wireless WiFi receiver).
Install the ferrite core to prevent radio noise.
The effect is GOOD !! 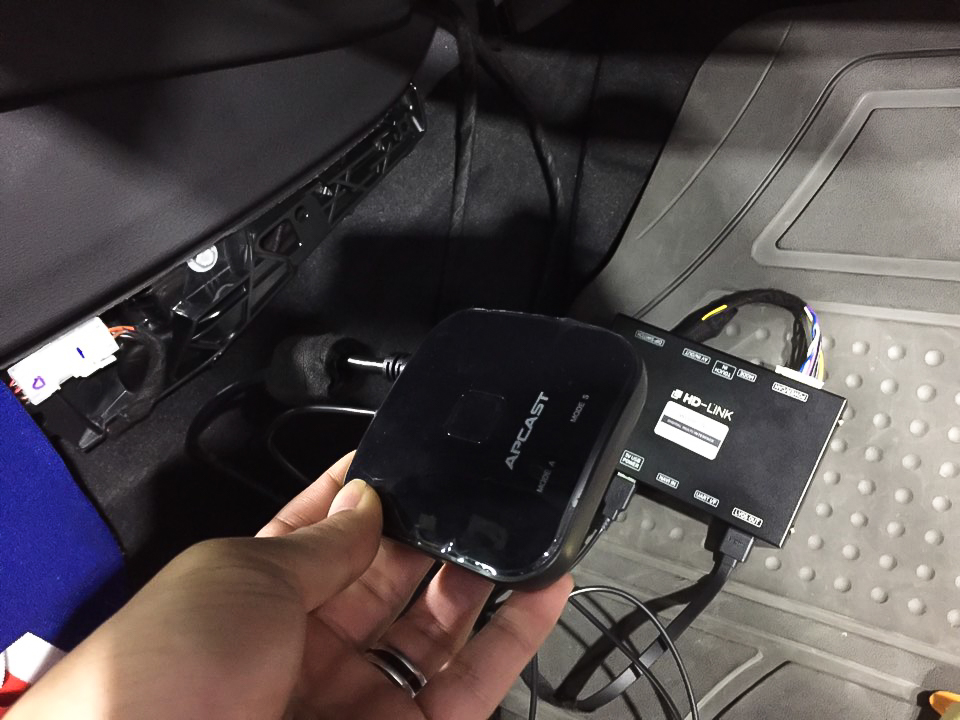 The wiring between the NBT and the monitor has been completed.

Then connect the HDMI interface to APCAST and test it to see if it works. 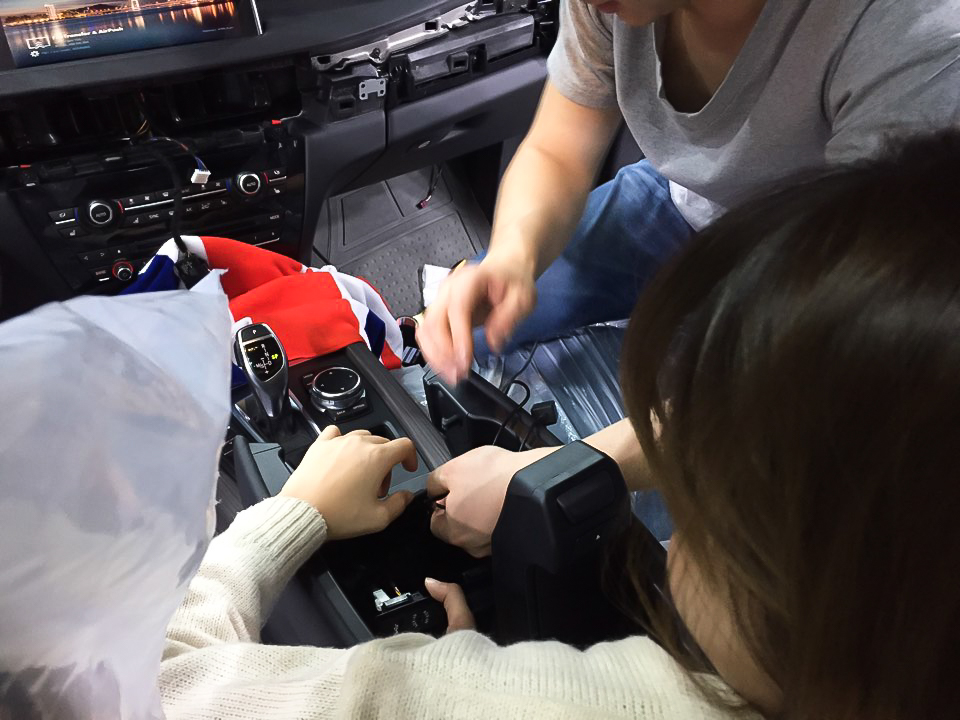 When mirroring is connected, connect AUX (audio external input) so that the sound is output from the car’s genuine speaker. The earphone jack connected to the genuine AUX is used to connect the source of the mirroring sound source, which is transmitted to the HDMI interface, to the car speaker. IPhone 6 and APCAST are connected wirelessly.
APCAST transmits the HDMI signal to IW06B-N23 (HDMI interface), and IW06B-N23 converts the signal to digital LVDS and transmits it to the genuine monitor. APCAST currently supports up to IOS11. Because HDMI -TO – Digital LVDS, it is superior to analog RGB or CVBS composite image quality.
It is a one-way, high-definition wireless mirroring solution.