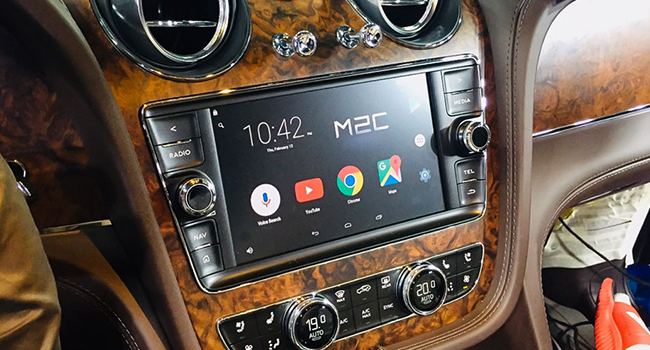 Posted at 18:24h in ETC by INDIWORK 0 Comments
0 Likes
Share

Bentley Bentayga In The INDIWORK Garage.
———-

1.Touch control via the interface is 115,200 Uart method.
2. The GPS reception is excellent because it uses a Fakra cable that uses a genuine GPS port.
3. All components are installed invisibly. 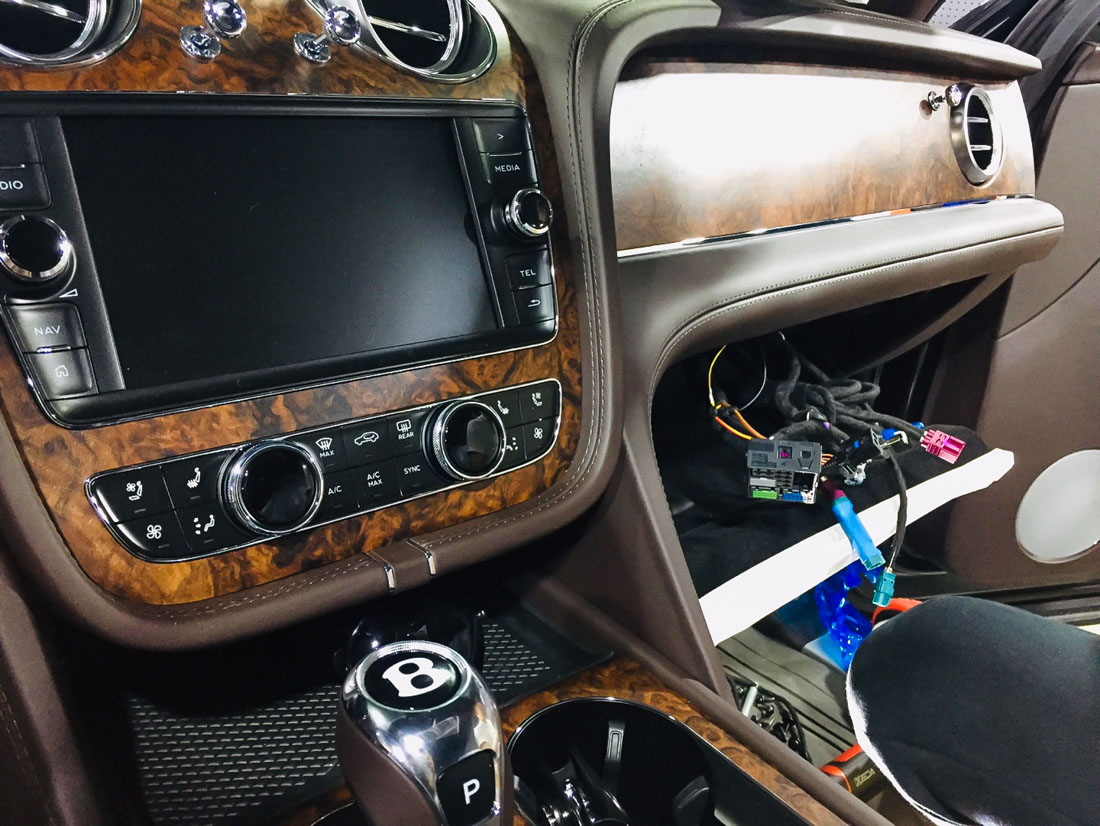 The head unit of Bentley is in the glove box of the passenger seat. The interface is connected to the head unit. In order to reduce the disassembly of the car, the length of the LVDS cable was extended via adding an extension LVDS cable.
Also, I used a GPS fakra cable and a DMB fakra cable. (Jack by jack) The external module is not used, so the exterior is clean and the reception is excellent. The microphone was installed inside the interior lamp to make it invisible. 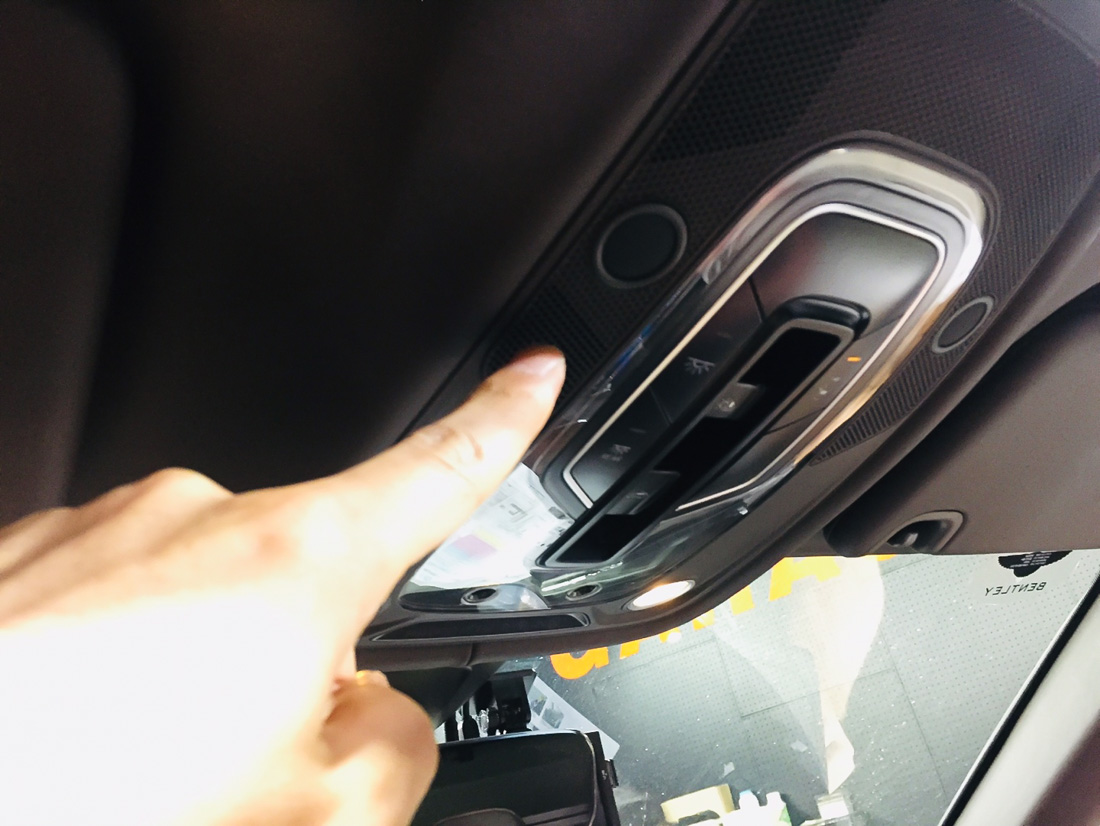 There is a microphone where finger points. 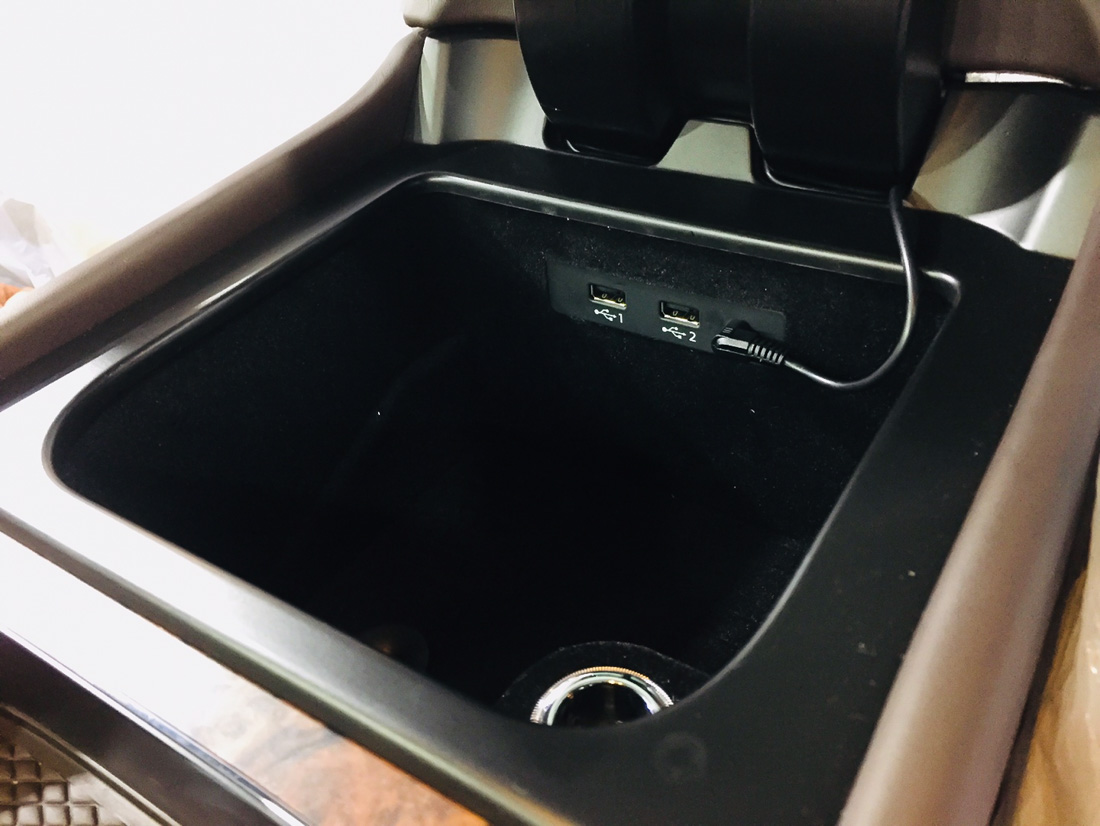 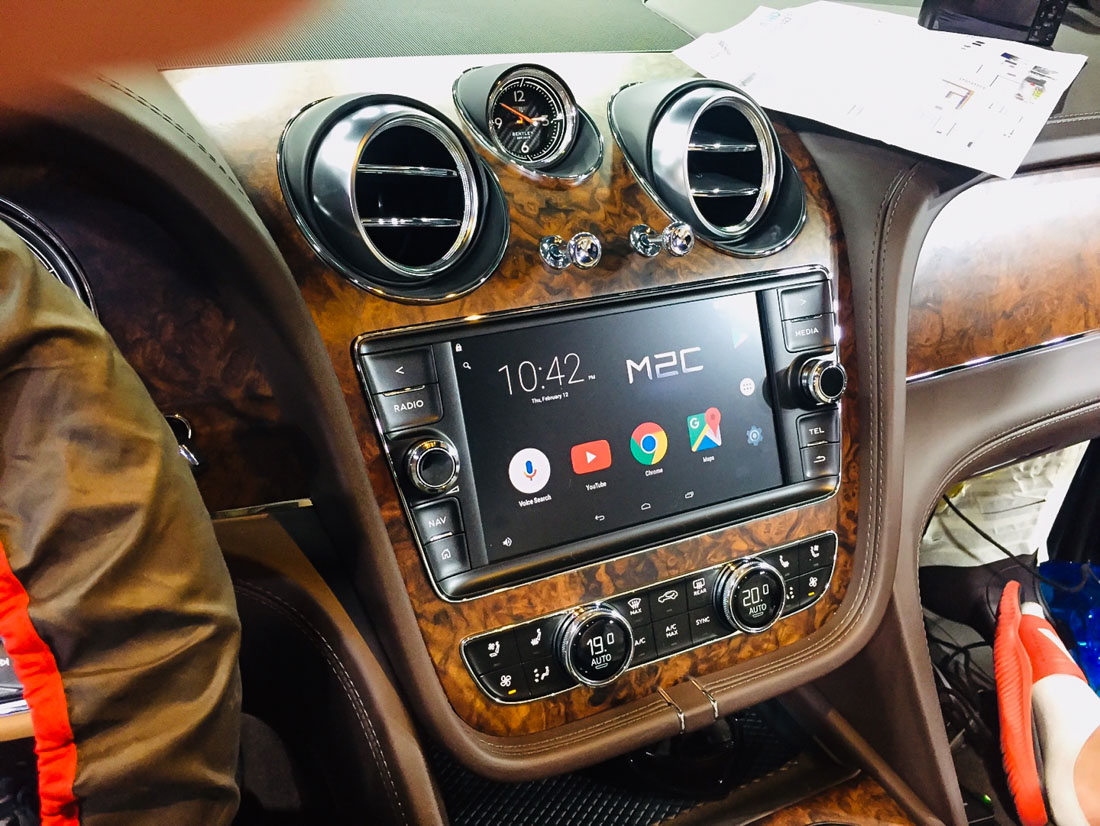 The installation of M2C Carblet is complete.