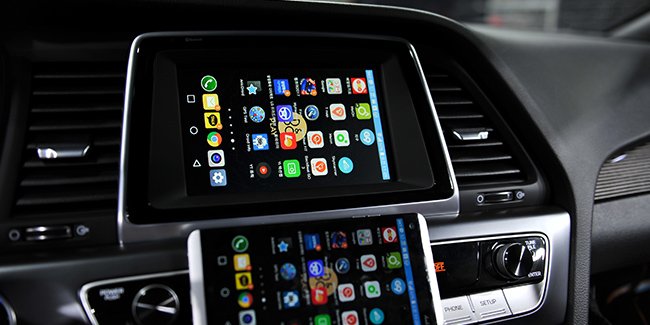 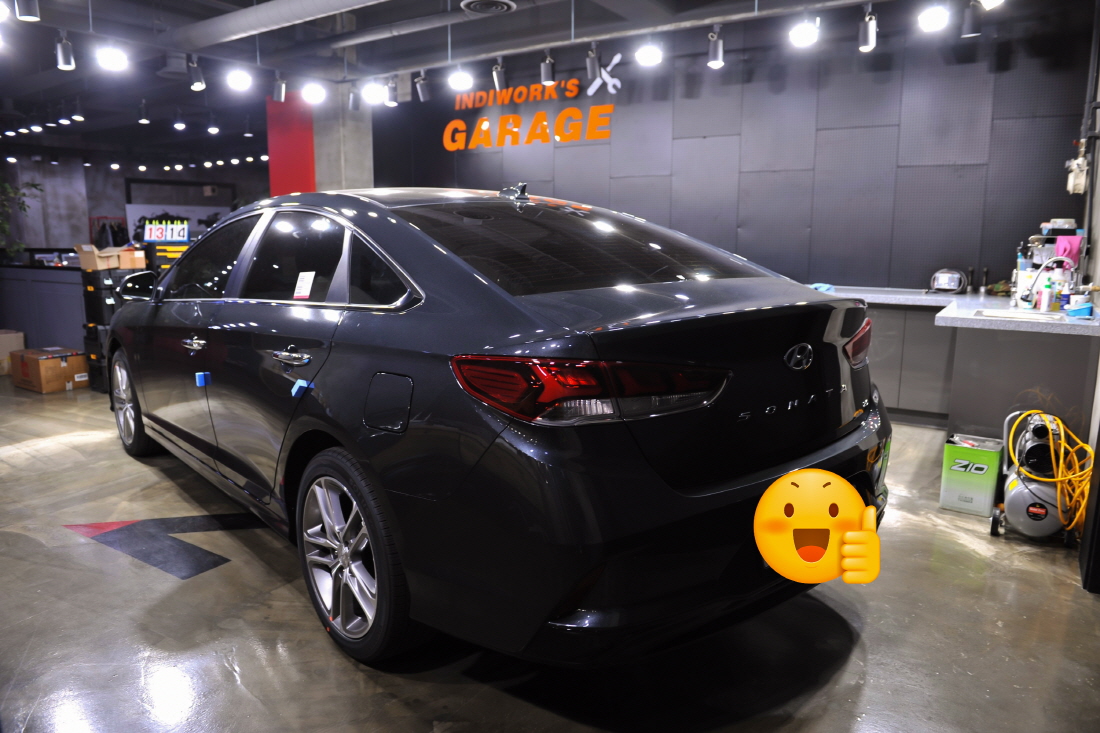 *
(Can be installed only in 7-inch display specifications. (Genuine AVN) 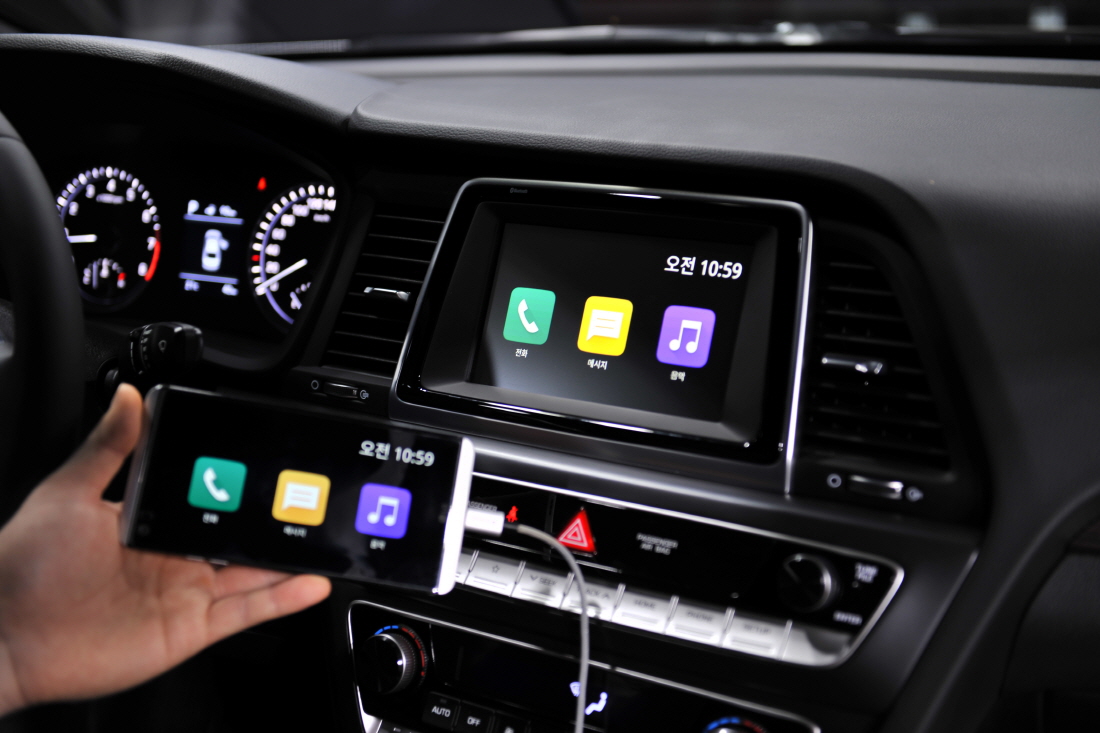 But, the only features supported by genuine apps are phone calls, messages and music. 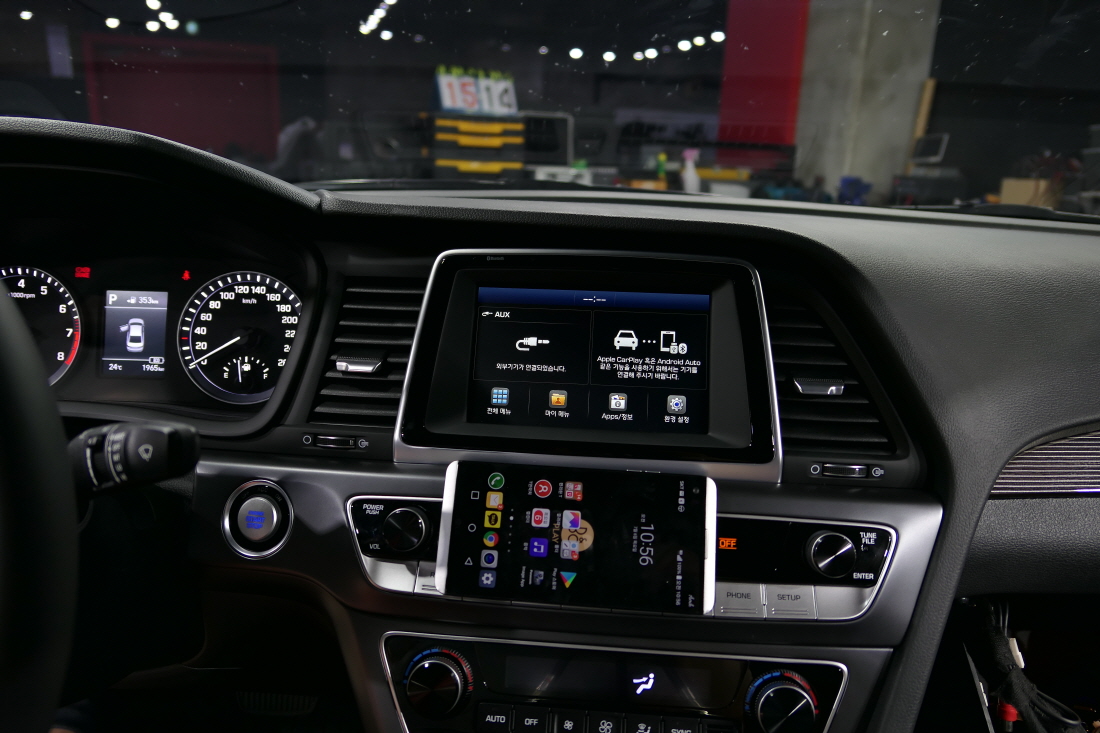 So, we developed an interface for a smartphone mirroring system. 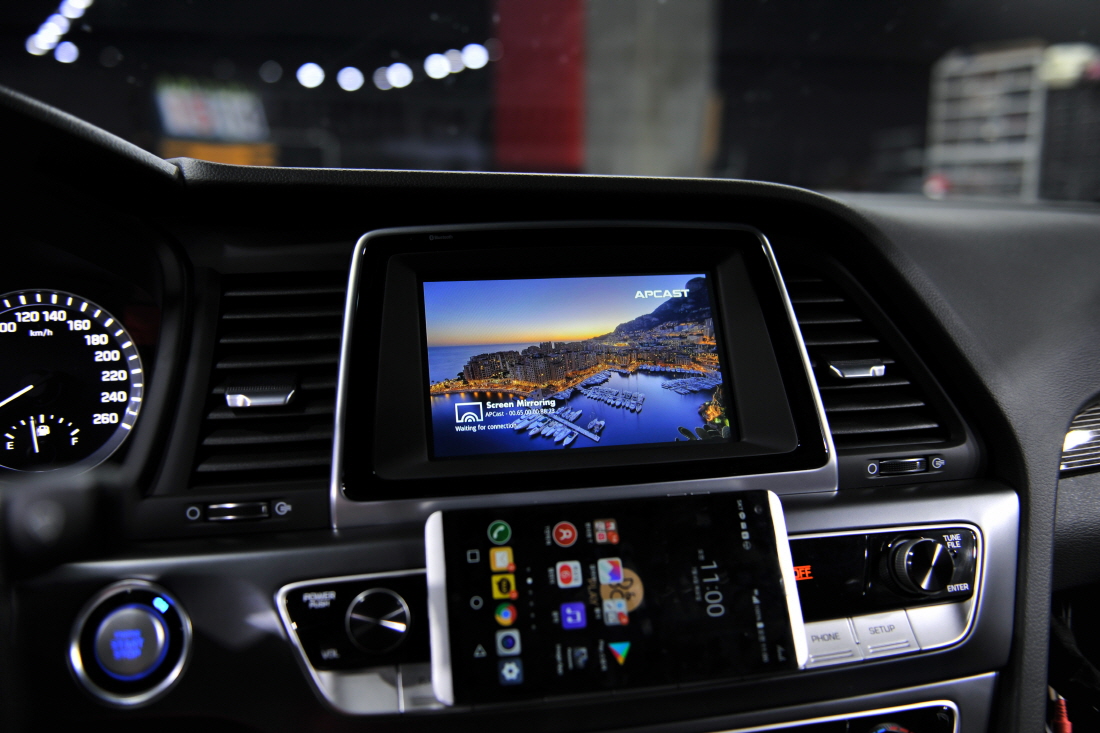 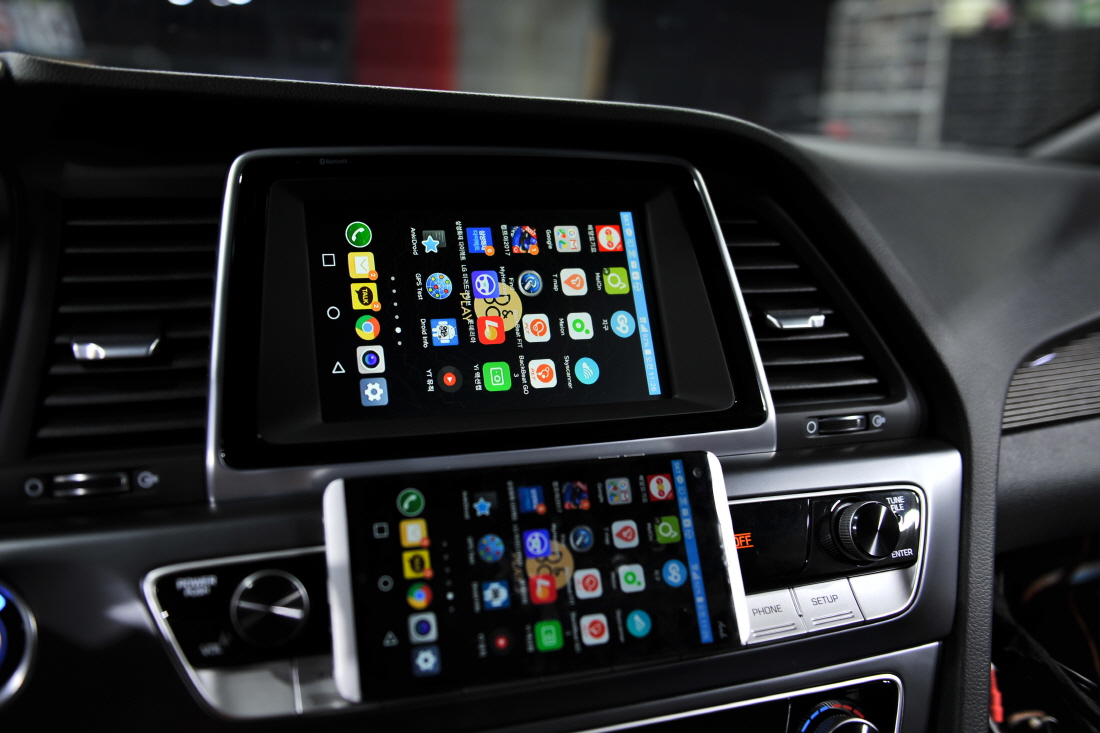 The video and voice of the smartphone are transmitted to APCAST wirelessly. and, APCAST transmits digital video and audio to the HDMI interface.

And then,
The HDMI interface transmits the digital video to the OEM monitor,
Audio is connected to external input(AUX) and output to the car’s OEM speaker. 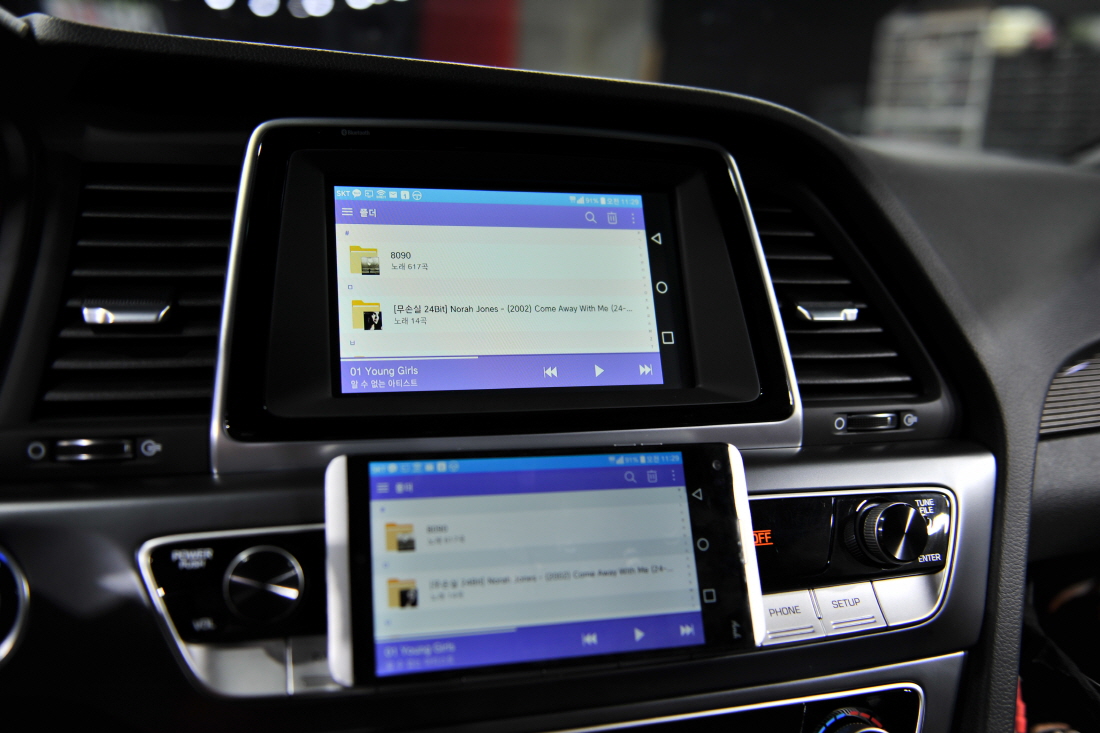 The screen is an MP3 file stored on your Android smartphone.

1:1 Wireless Mirroring.
Operation is on the screen of your smartphone. 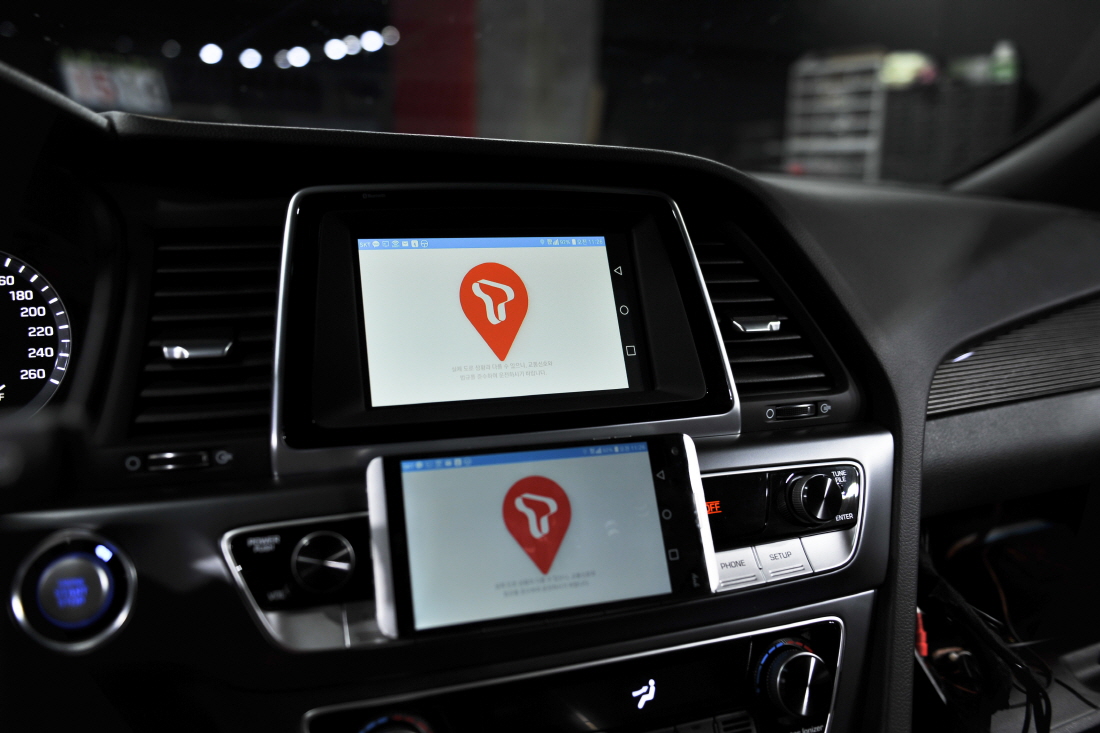 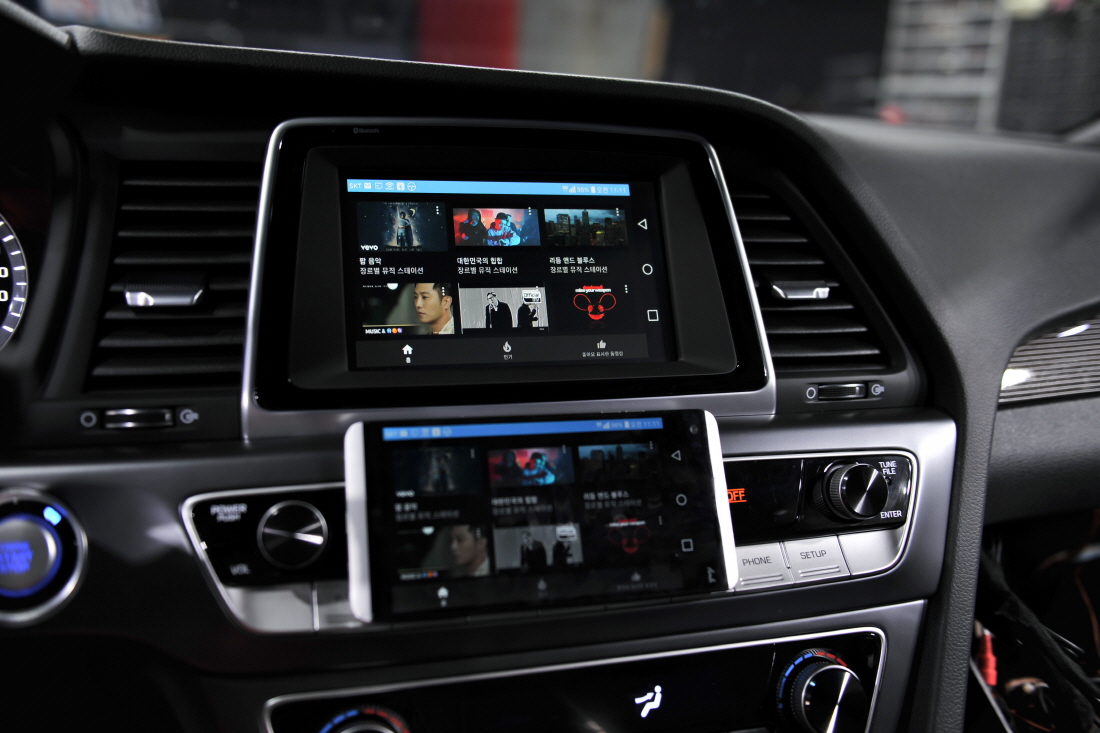 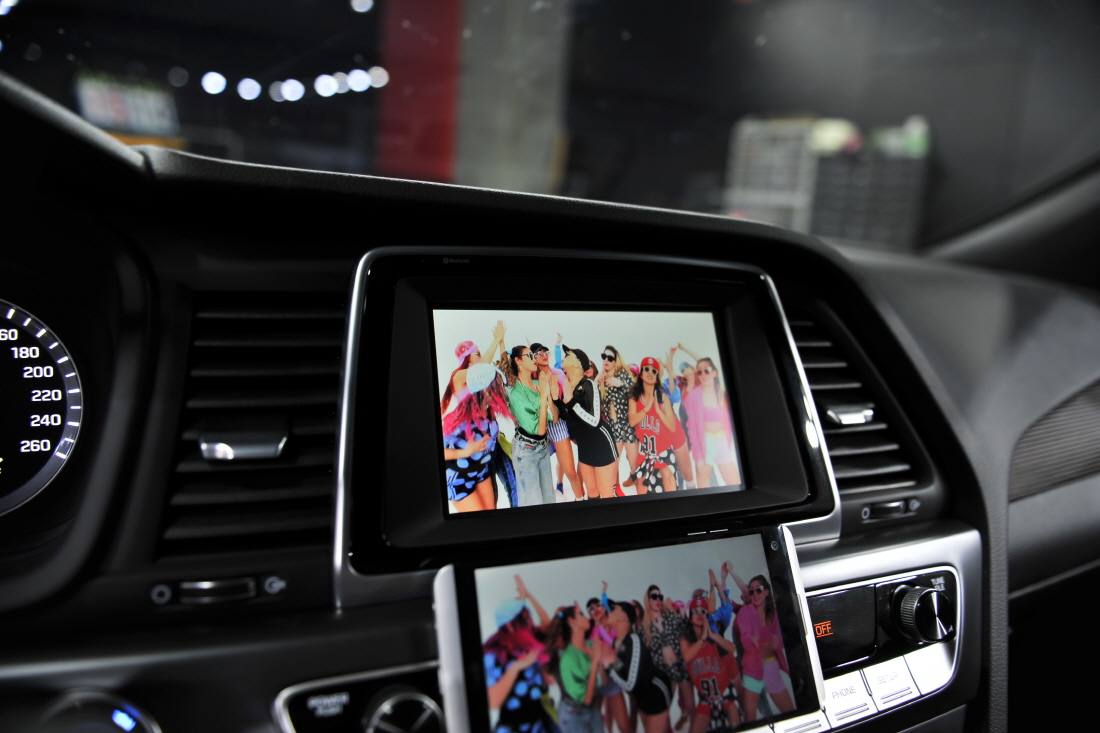 Images are output in 100% digital format.
Therefore, it is possible to realize a clean image without noise. 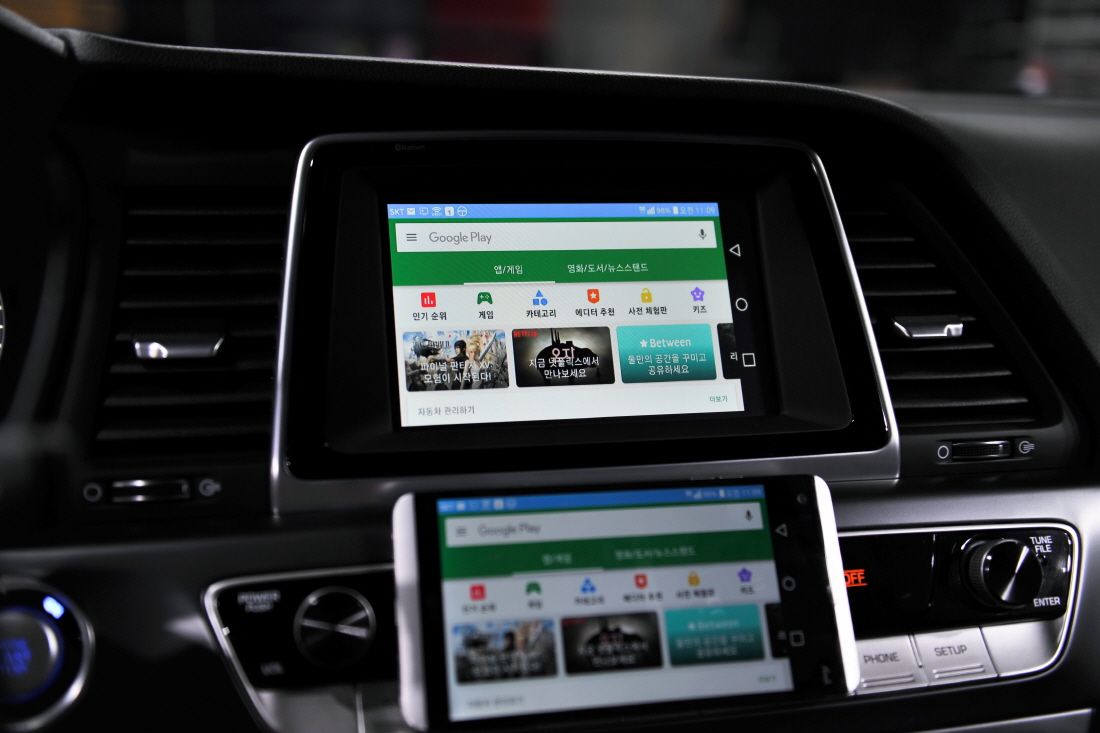 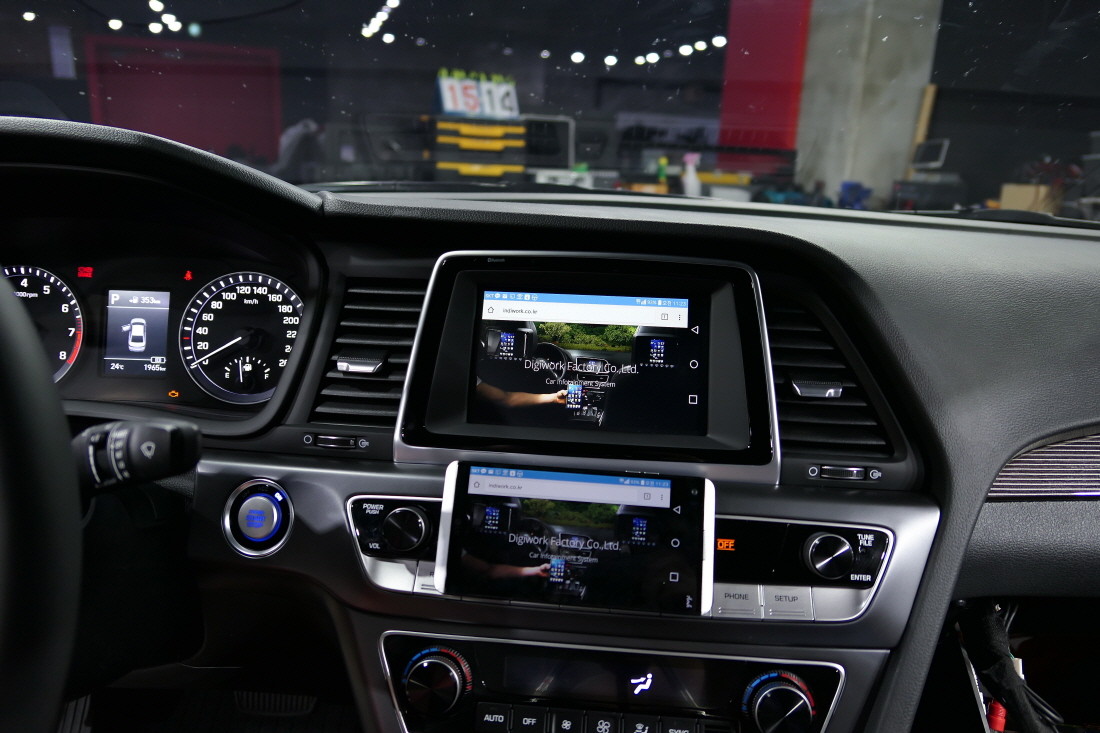 For reference, The APCAST may have buffering or even Intermittently interrupt because it is wireless product.

Mirroring systems can be installed at less cost than navigation installations.
If you use it as an auxiliary infotainment function, we recommend it.