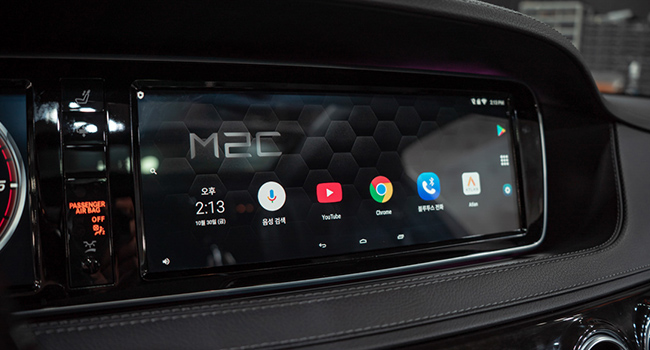 Posted at 12:47h in Mercedes-Benz by INDIWORK 0 Comments
0 Likes
Share 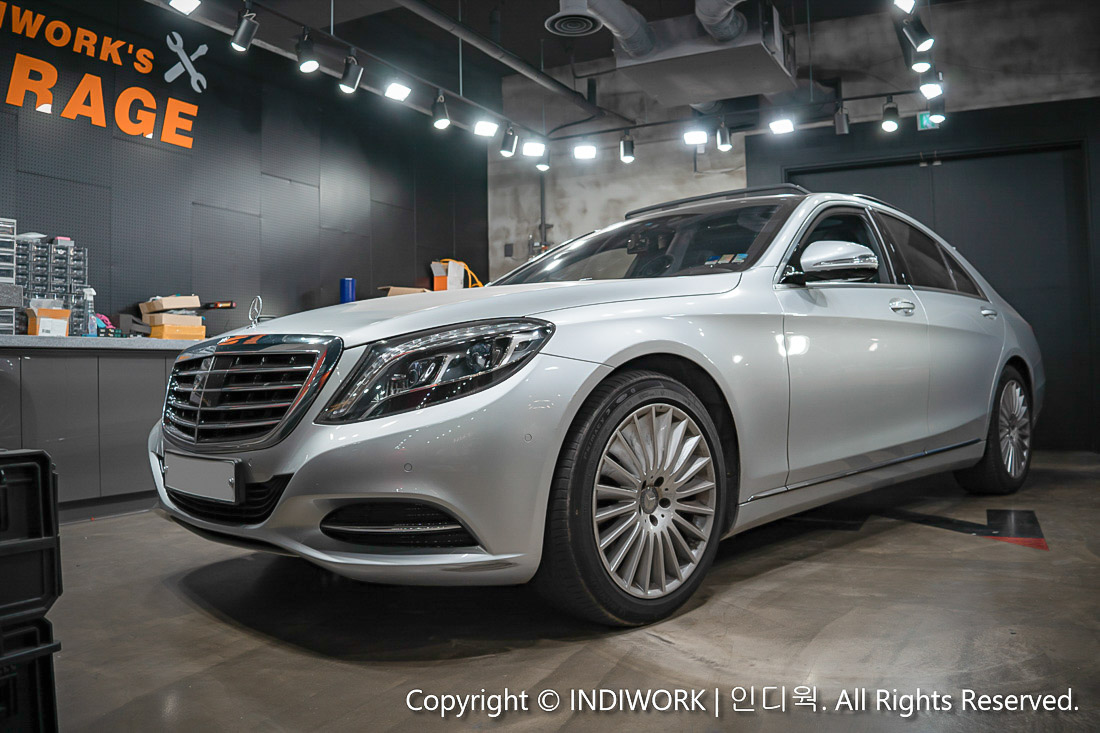 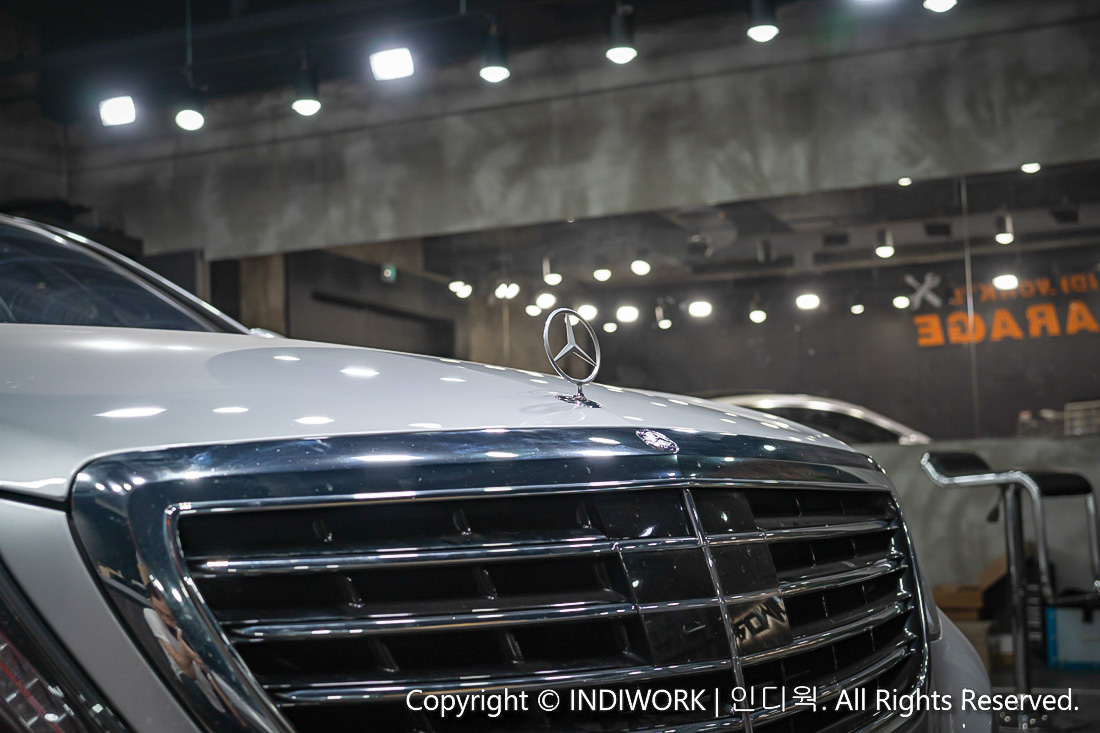 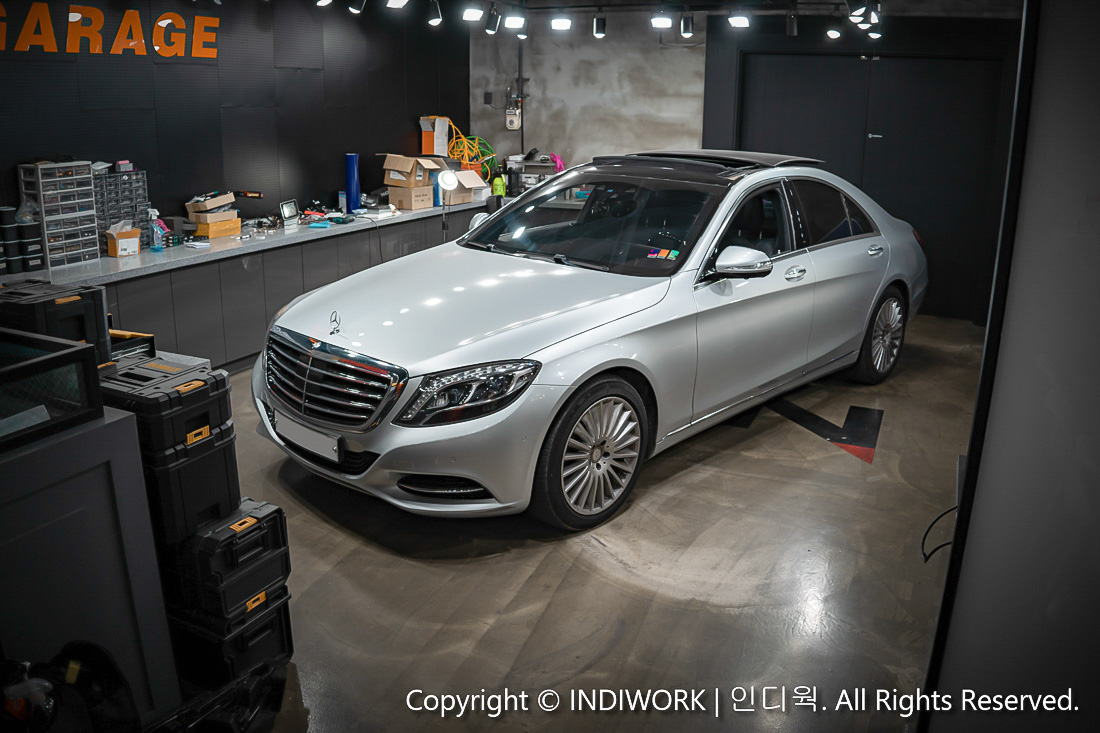 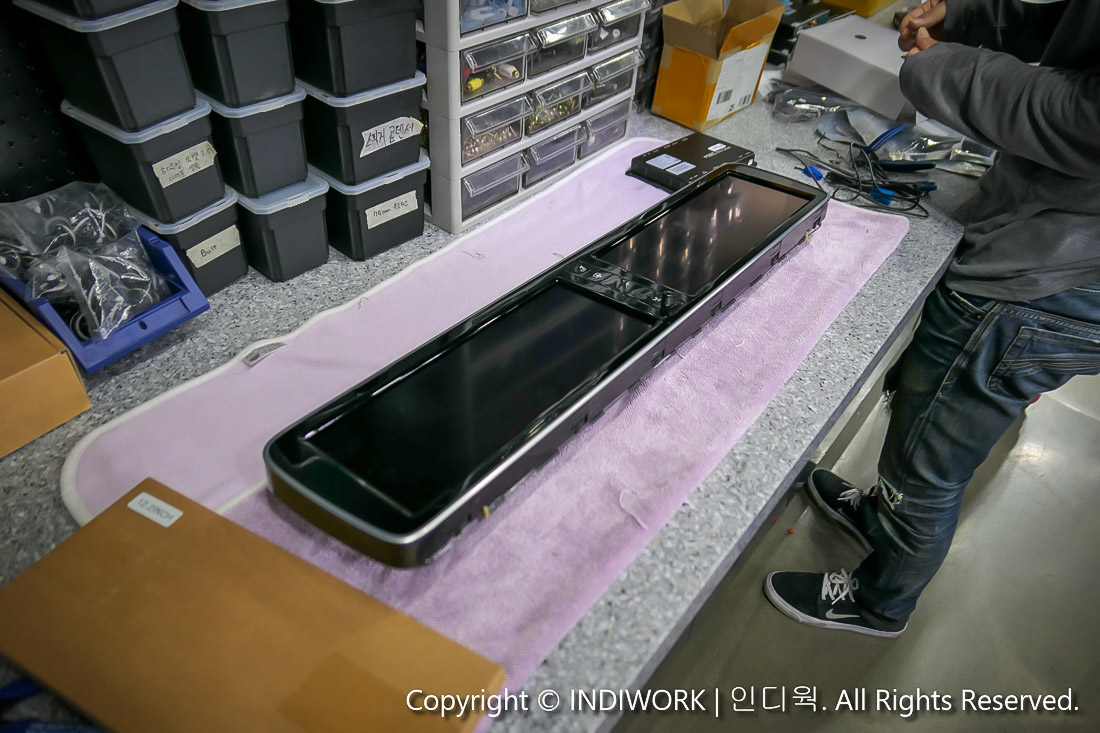 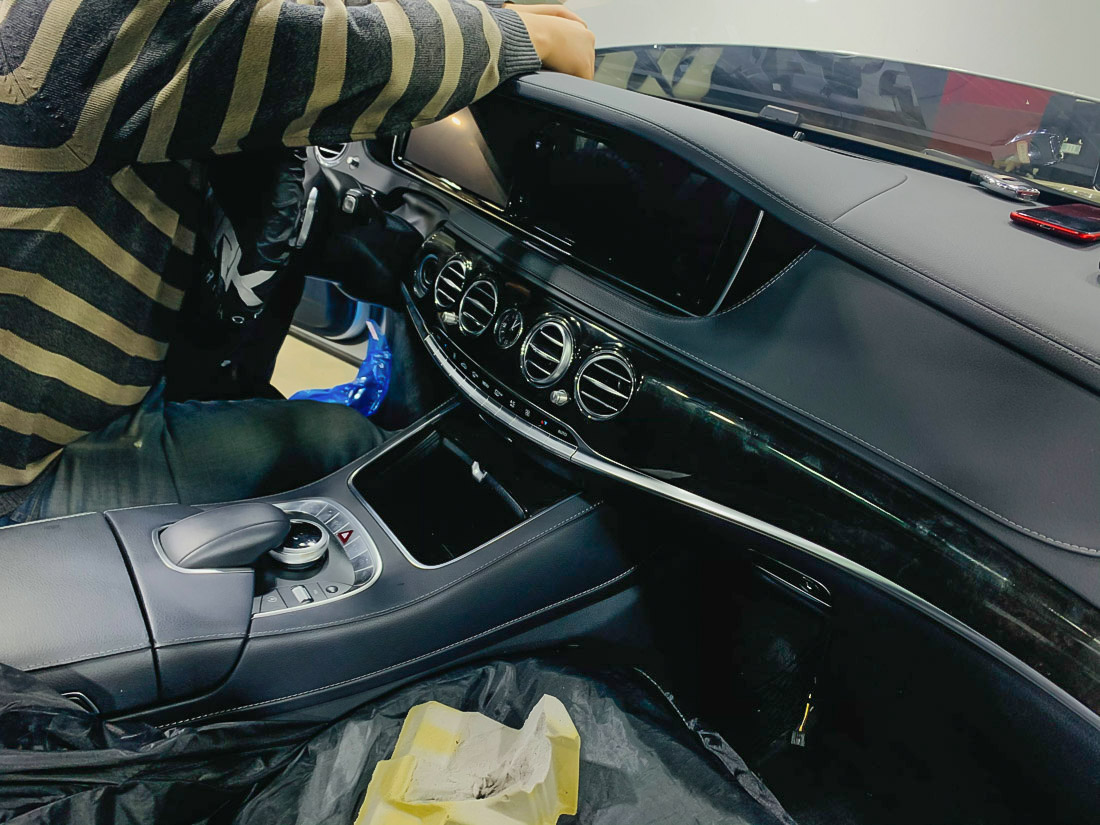 M2C Box has a built-in Android OS 7.0. And, to install the M2C box in the car and output this device to the original monitor, a video interface (BZD-14-HD) is required.

The video interface receives the HDMI signal from the Android box and outputs it to the original monitor. the video interface is connected to the car’s audio head unit. also, it is responsible for mode switching of the original system and the Android box (HDMI mode). The BZD-14-HD is an interface for high-definition dedicated for M2C-PLUS. It can support up to 1920x720p. However, since the S-Class 12.1-inch monitor can only support up to 1440p, the interface will display the screen in 1440p. So the bigger and wider the monitor, the more important the role of an HD interface that supports high definition.

In addition, a GPS FAKRA cable is additionally installed. This is not included in the basic package. If necessary, it must be purchased separately. The GPS FAKRA cable is directly connected to the original GPS port of the head unit, so the GPS reception is very good.

Then, since the BEZN W222 does not have an original AUX terminal, we used a separate AUX cable to output the sound of the M2C box to the car’s original speakers. This AUX cable is an optional item that must be purchased separately. If the installer has another AUX output method, you do not need to purchase it. 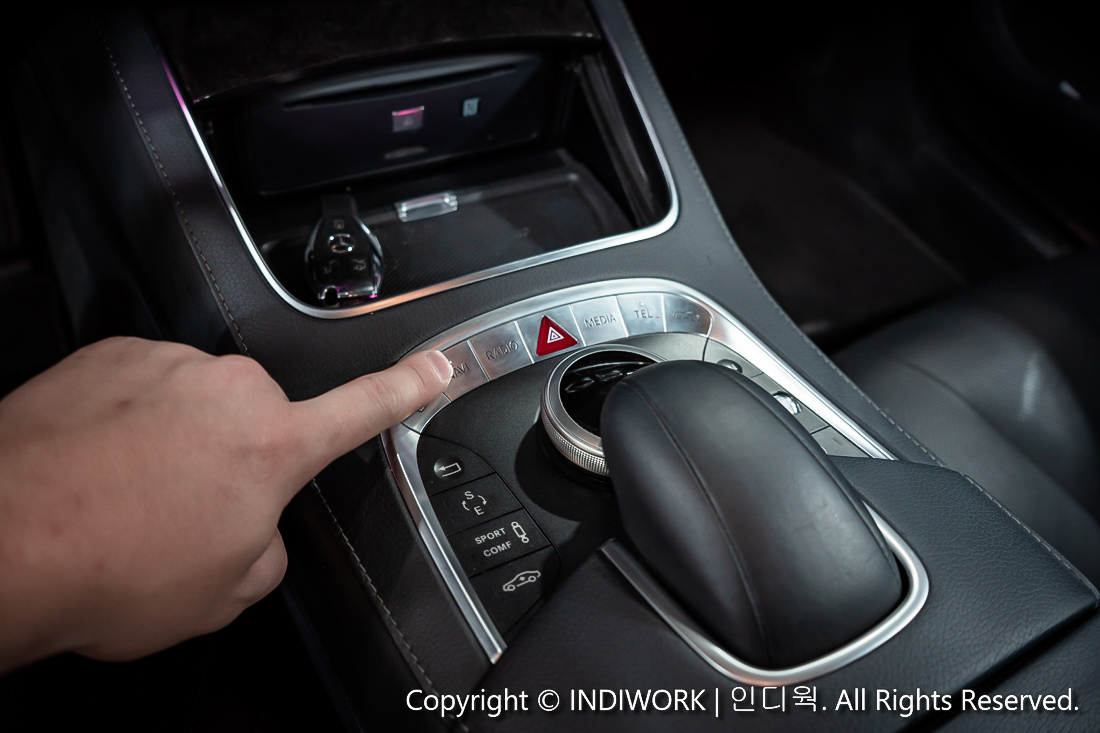 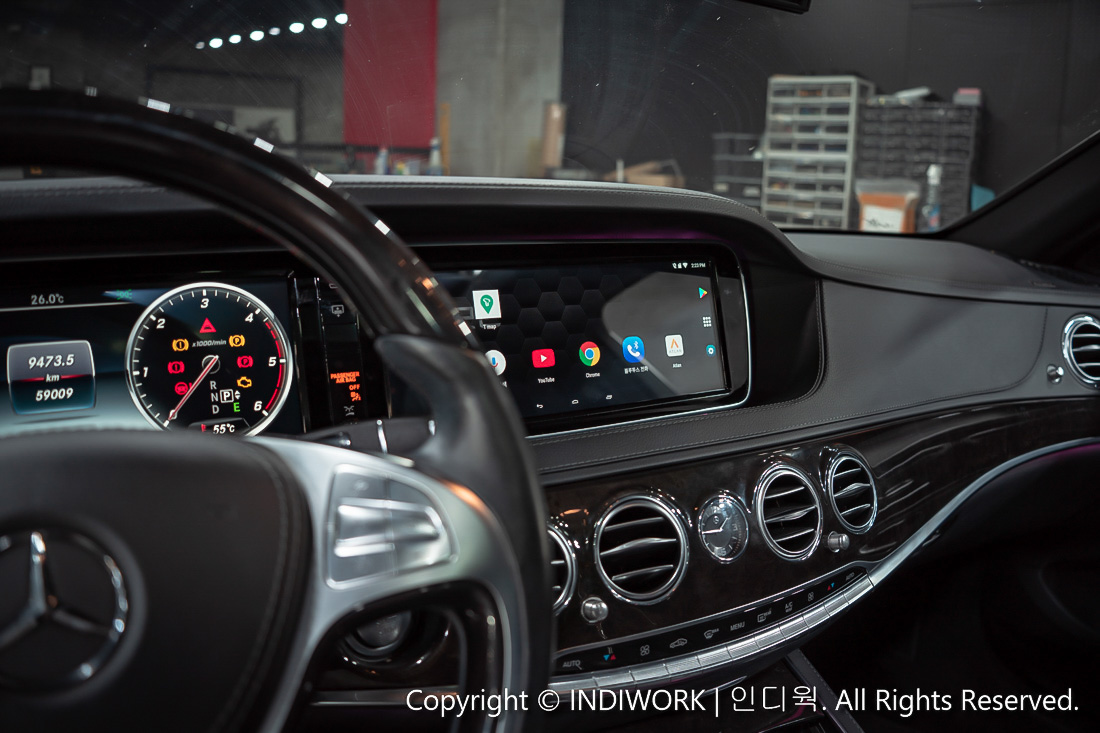 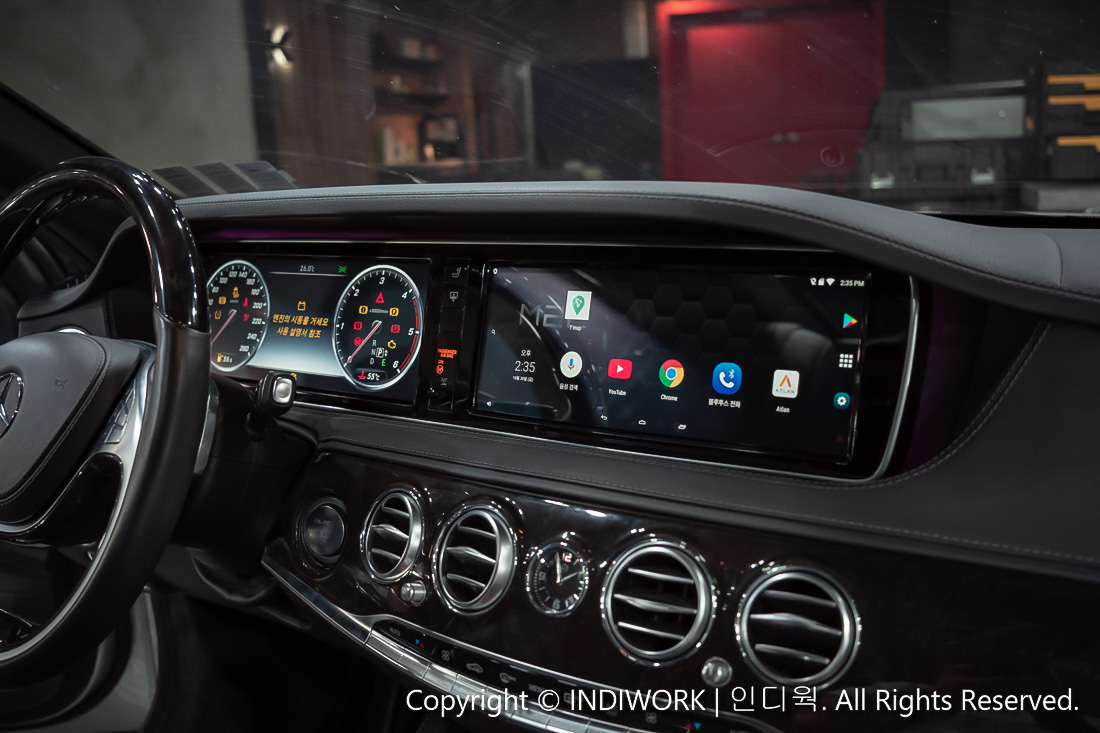 We have finished installing the all devices. To use the Android system, switch the screen mode with the original button. Users can download and use various apps through the Google Store. And share the internet through your smartphone’s hotspot to use the internet of M2C Android Box.